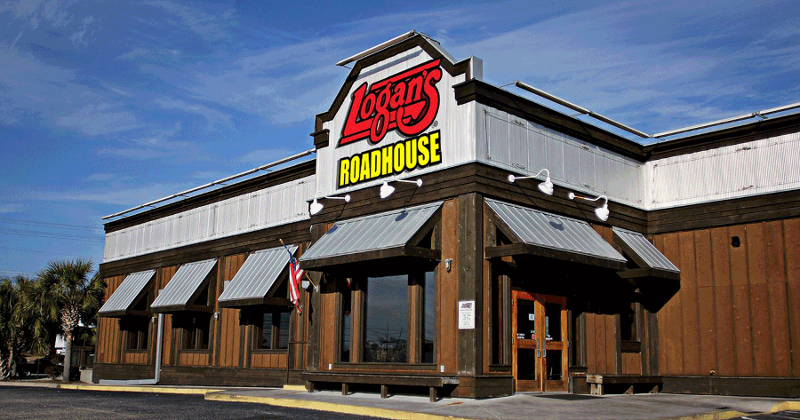 For a good chunk of his 25-plus years in the restaurant business, Jim Mazany has been the handyman who’s dispatched to get a casual chain humming again. He did it with Joe’s Crab Shack and a sizeable piece of TGI Friday’s. Maybe that’s why he sizes up his new and likely stiffest challenge, restoking the fire of Logan’s Steakhouse and Old Chicago Pizza & Taphouse, with the verbal equivalent of a shrug.

Mazany has just been named CEO of SPB Hospitality, the investment company that bought Logan’s Roadhouse and Old Chicago out of bankruptcy in late spring. The brands were among the earliest high-profile victims of the pandemic, a result of operating under what the bankruptcy court overseeing the concepts at the time might have termed pre-existing conditions. Not long after COVID-19 arrived on the coasts, SPB’s predecessor company announced that it would  “mothball” both chains and their sister brewpub concepts, some 261 restaurants in all at the time, because it had no cash or access to liquidity.

The blackeye deepened when reports surfaced of employees learning of the shutdowns from the news coverage that followed. A mother reached out to Restaurant Business to verify that her son was out of a job, out of a paycheck and even out of a contact person at that predecessor company, CraftWorks Holdings.  It was not a Churchill-like moment of leadership. And it looked even worse when the company alerted the furloughed employees that they had been fired and their benefits had been stopped.

To make matters worse, the CEO and CFO of CraftWorks forwarded $7 million in collected sales taxes to state collectors as usual before April 1, as if the world hadn’t been turned upside down and tax moratoriums proposed. When the bankruptcy court discovered that the much-needed cash had been forwarded without its permission, it fired both officers. Meanwhile, CraftWork’s 261 restaurants were generating no revenues, just occupancy charges.

The sausage-making continued as the company was reorganized and put up for bid. SPB’s parent, Fortress Investment Group, had offered $138 million for Craftworks before the pandemic took hold. Now it won the operation for $93 million.  CraftWorks, now transformed into SPB Holdings, relied on one of its brand presidents, Marc Buehler, to set the foundation for a turnaround.

Part of the rebuild was hiring Mazany, previously the COO of TGI Friday’s, another greybeard that found the pandemic to be a biblical curse. Some might find the situation daunting. But Mazany characterizes it as déjà vu all over again.

“I’m an industry veteran,” he said in an interview shortly after taking the new job. “I’ve been with very large brands, and some not so large brands. I can tell you this: The companies that have concentrated their strengths on their core offerings, what made them successes, are the ones who have done well.”

He deflects questions about what those attributes might be for Logan’s and Old Chicago, which account for 219 of SPB’s current 263 restaurants. The other stores are grouped in what the company calls its craft brewery group, which includes the Rock Bottom and Gordon Biersch brewpub chains as well as a number of one-offs specializing in craft beers.

“In our case, we’re really fortunate. We’re definitely in a place where our guests have a strong affinity for these brands,”  he says. “As we focus on the basics, we really put our best foot forward.”

All of the restaurants operated or franchised by SPB are currently open and offering some extent of dining room service, according to Mazany, who says he’s been impressed by the team who made that happen and the work they’ve done since March. “We turned a negative guest count into a positive count,”he says.

“We are a resilient group,” he continues. “The Logan’s Roadhouse brand, it’s actually doing pretty well today. It’s ahead of its peer set. Old Chicago is also doing well.

“It’s a little bit of a slower start for the brewery group,” he adds.  He declined to reveal exact sales figures, saying only that “we’re performing right in line with the industry. With Logan’s, we’re ahead of the industry.”

The challenge he acknowledges is reviving the parent company’s culture and rebuilding trust with employees and the public.

“It’s really important,” Mazany says. “We have a lot of work ahead of us, to close that gap.”

The even bigger challenge, he says, is “we’re still in the mdist of the COVID-19 crisis, doing everything we possibly can to make people feel safe. We are quickly learning, we are being nimble, we are being really scrappy.”

Through such moves as adding family-sized takeout meals and selling steaks for fans to cook at home, SPB has raised its off-premise business to about 7% of total revenues. “The question is how much that sticks.”

Certain to stick, he says, is a reliance on a smaller menu that took complexity—and cost--out of the kitchens of SPB’s restaurants.

Operations has been Mazany’s traditional focus. As COO of Friday’s, he helped the franchisor acqwuire and assimilate 125 franchised stores. Earlier, he served as president and COO of Joe’s Crab Shack, where he reversed a slide in revenues into seven years of same-store sales gains. During that time, the seafood chain’s average unit sales reportedly grew from $2.2 million to $3.2 million.

He held the CEO’s title at Café Enterprises, the parent of the Fatz Southern Kitchen chain, where Mazany made his mark by bringing in a big-name fine-dining chef to ensure the menu was authentic.

Mazany dismisses the suggestion that SPB may try to hasten the rebound of its main brands by divesting some of its one-offs. Indeed, he says, “there’s always the possibility of additions. We are positioned very well. All of our divisions are set up for good success.”