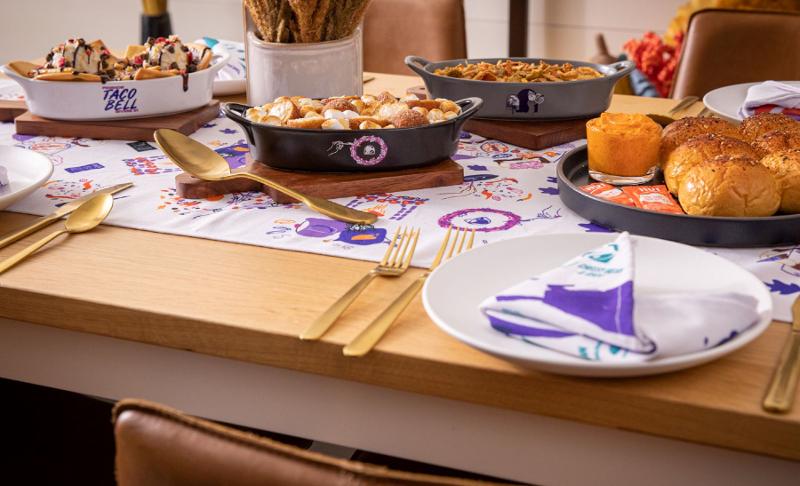 With vaccines (and boosters) widely available, and more people feeling comfortable with holiday gatherings, “Friendsgiving” celebrations appear to be back in full force this year—at least judging by the wide variety of restaurant deals themed to the informal holiday.

Friendsgiving, a portmanteau of the words “friends” and “Thanksgiving,” didn’t make it into the Merriam-Webster dictionary until January 2020, though the term appeared in print as early as 2007.

A (perhaps unsurprising) survey from chicken producer Tyson revealed that Friendsgiving attendees like to shake up tradition, with 65% of celebrants saying they want to have chicken as the star protein at their festivities and 77% saying they hope to create new traditions at their gatherings, with novel foods and activities.

Here’s a look at this year’s most creative Friendsgiving promotions from restaurant chains. 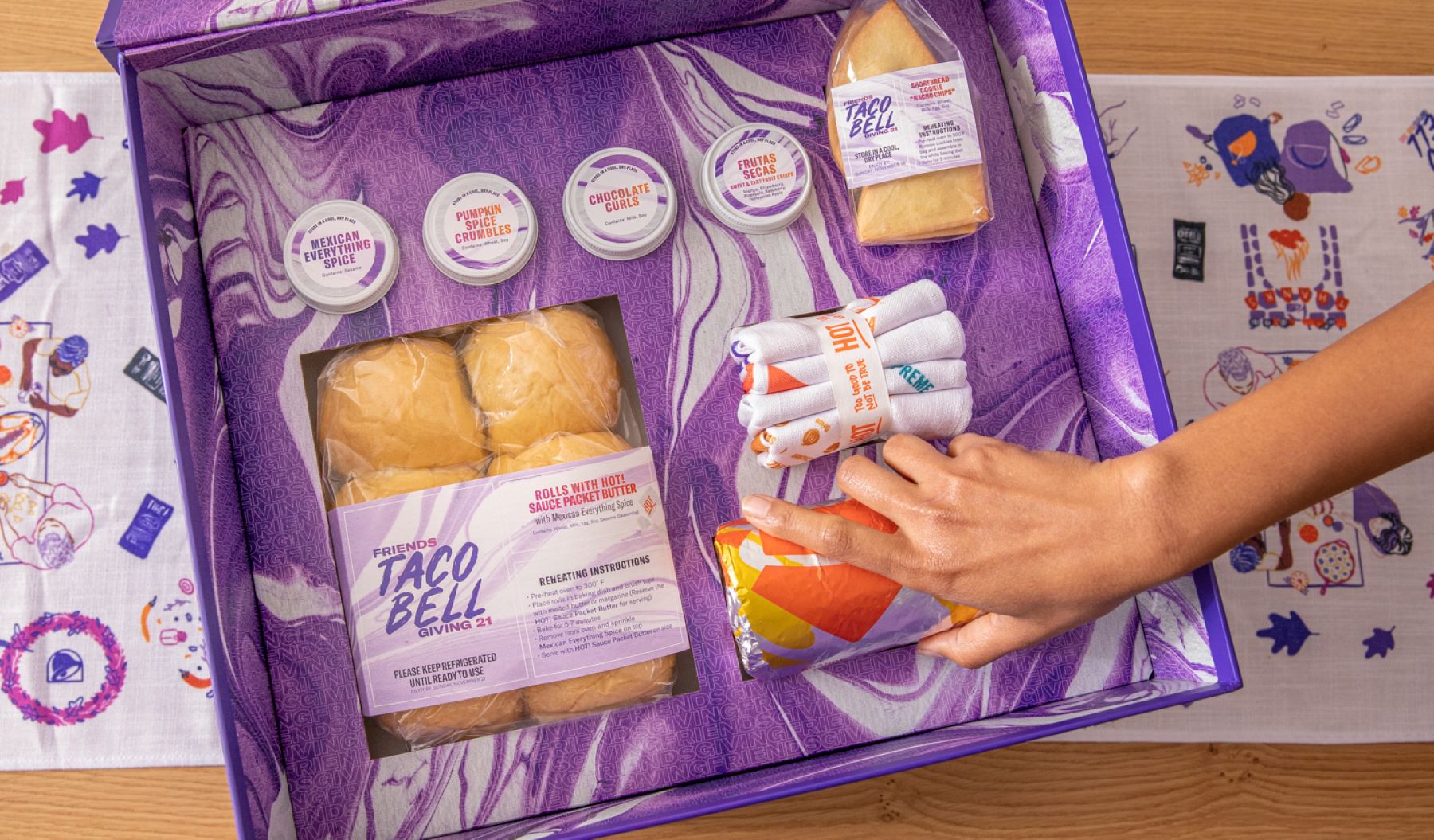 Taco Bell is rewarding its most loyal customers with a shot at ordering one of its Friendsgiving Party Packs Wednesday. Diners who’ve reached FIRE! Rewards status will receive a link to purchase one of the festive packs. Each one includes several dishes made with Taco Bell signature items, including Cinnabon Delights Candied Yams, Rolls with HOT! Sauce Packet Butter, Green Bean Casserole Supreme and Build Your Own Dessert Nachos. Each of the side dishes comes in reusable Taco Bell branded bakeware. For those poor souls unable to nab a party pack, the quick-service chain offered up a recipe for its candied yams. 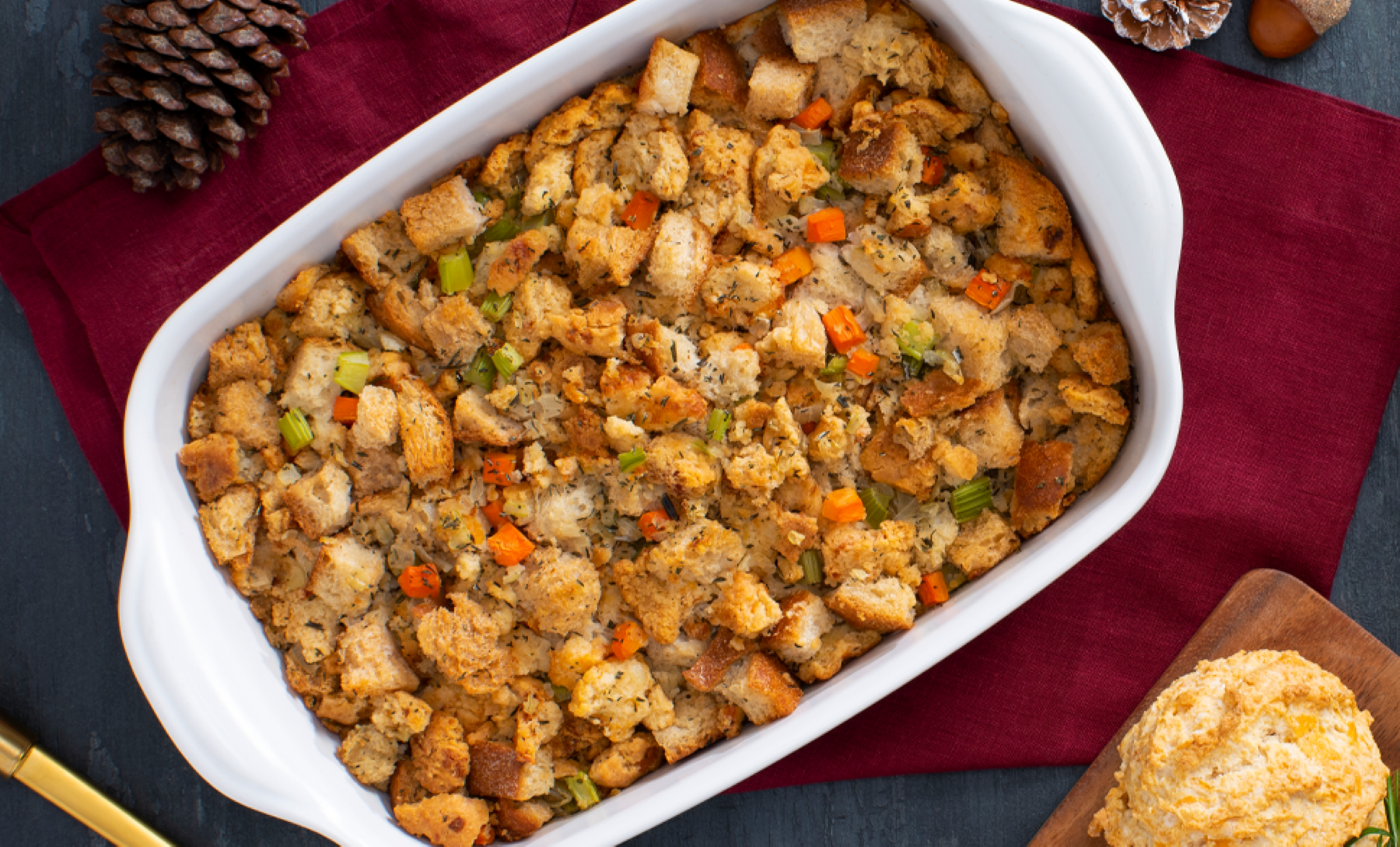 Red Lobster is pitching stuffing made with its signature Cheddar Bay Biscuits as a prime Friendsgiving side dish. The stuffing recipe provided by the brand serves eight to 12 diners and calls for 8 cups of torn Cheddar Bay Biscuits, 6 cups of bread, 1 cup of butter, as well as diced aromatic vegetables and seasonings.

The casual-dining chain, in a press release, offers a wide variety of ways to procure those biscuits, including to-go, delivery, boxed mix or frozen from Walmart stores. For a week starting on Monday, Red Lobster will also be running a free delivery promotion. 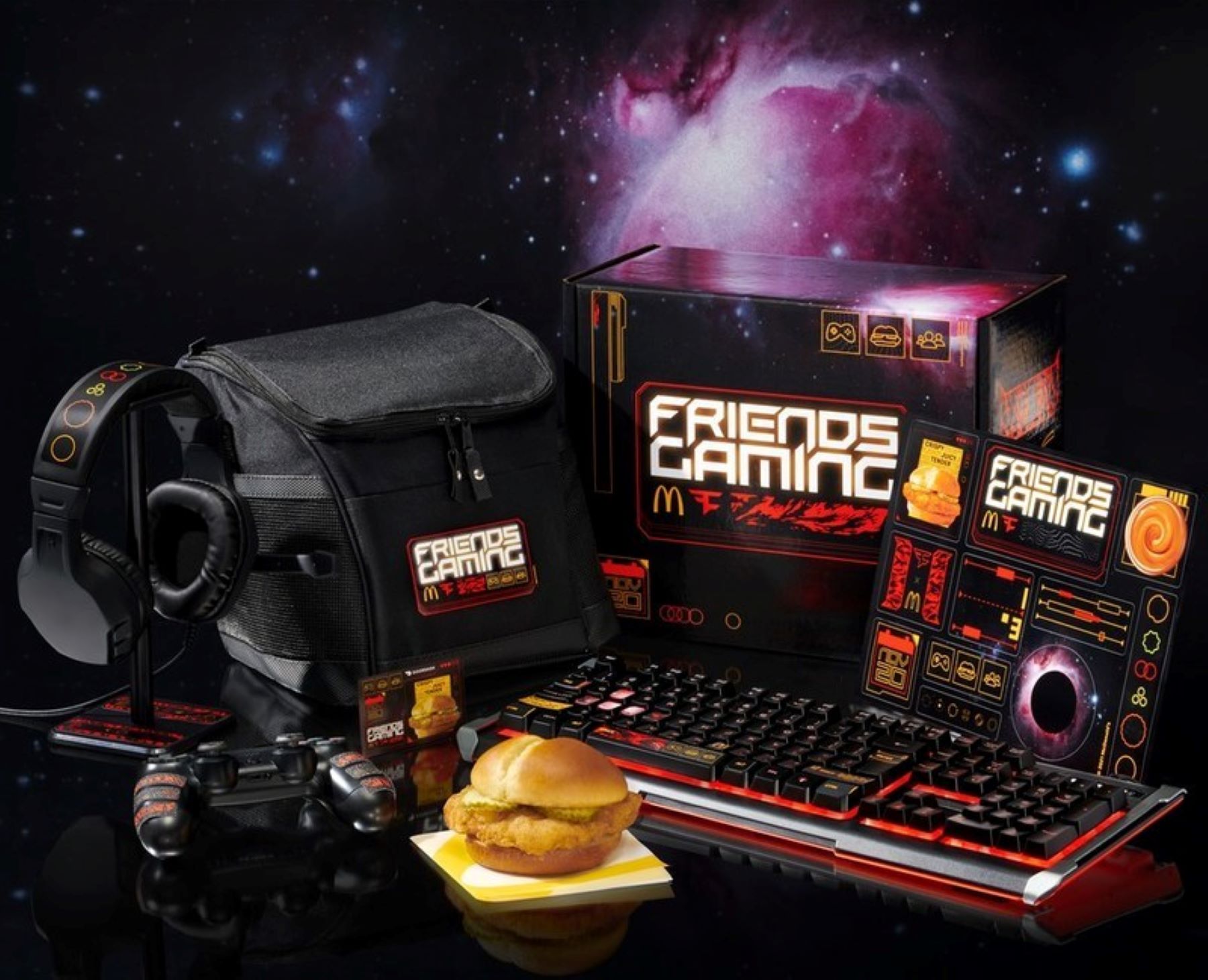 McDonald’s launched its first-ever “Friendsgaming” promotion this year, in collaboration with FaZe Clan, a digital lifestyle and media platform.

The event begins Saturday with a live Twitch stream, which the burger giant is urging fans to pair with a big order of its Crispy Chicken Sandwiches.

Earlier this month, the chain sold a limited Crispy Chicken Sandwich Expansion Pack for gamers that included a special DoorDash code for three chicken sandwiches, fries and a drink; a headset stand; a phone holder; a custom controller and keyboard decals; textured controller grip decals; and a custom Friendsgaming insulated carrier bag “to keep food warm while your hands are busy owning your friends on the controllers.” 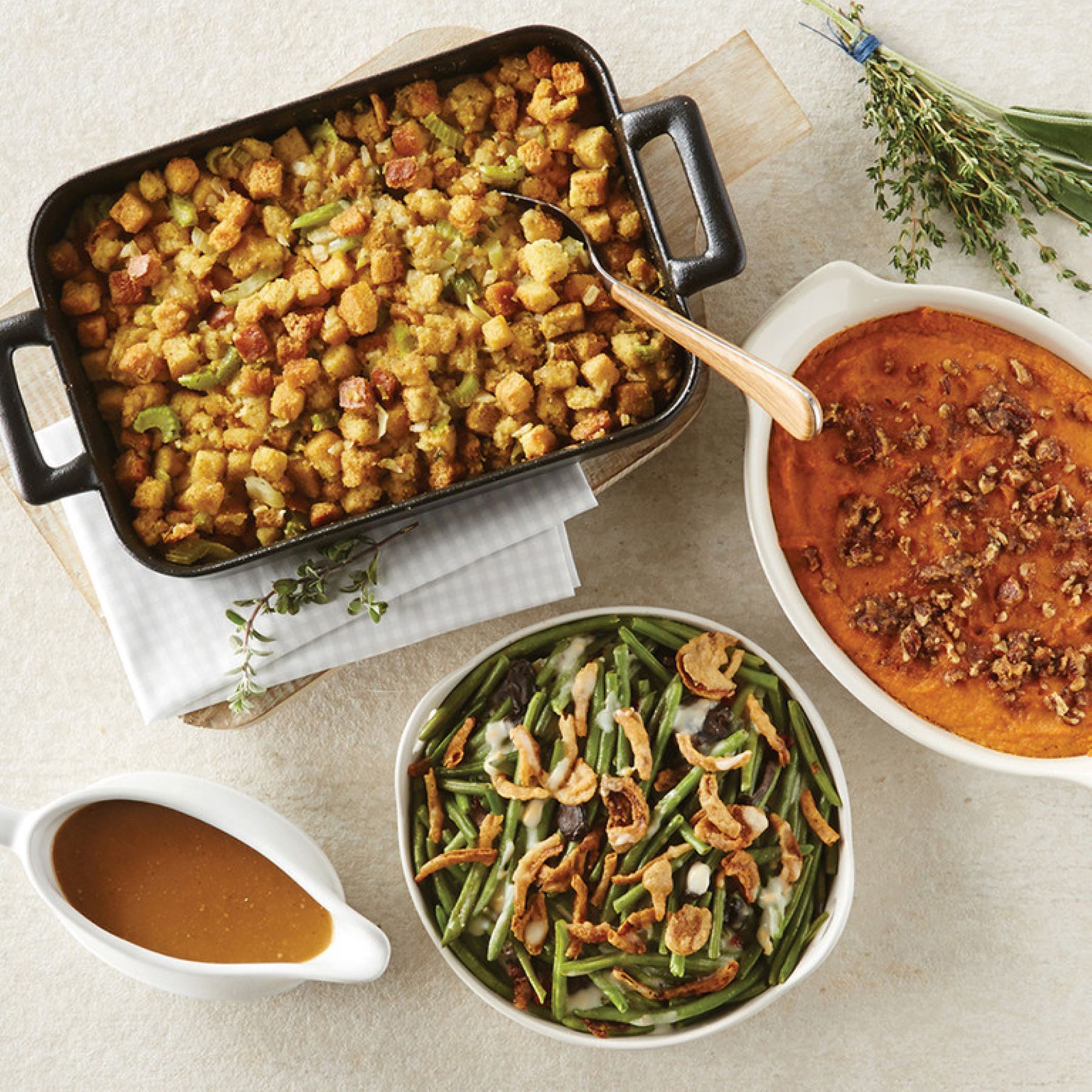 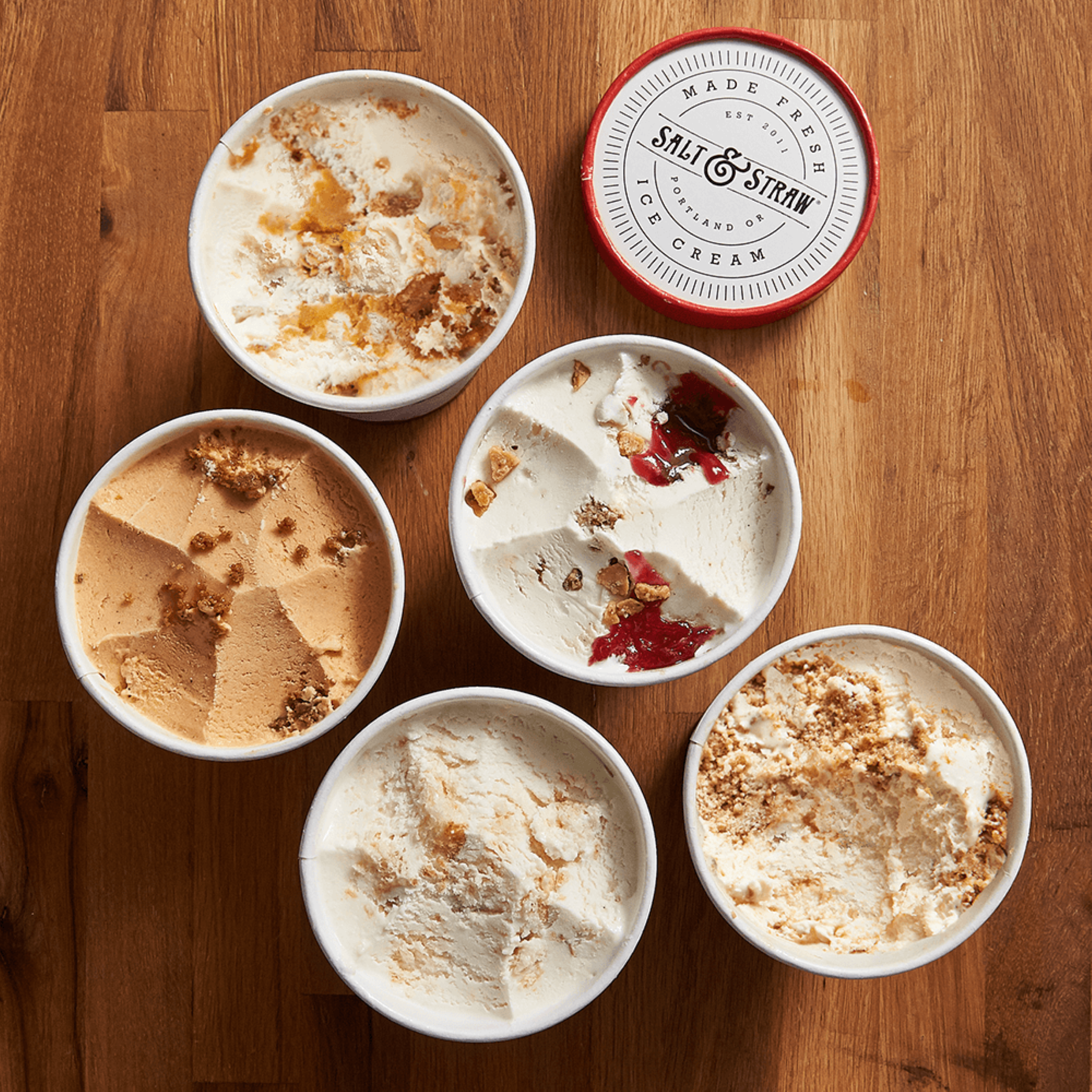 Creative ice cream chain Salt & Straw is out with a Friendsgiving Series of five pints of ice cream to bring to the feast. “When we get right down to it, Friendsgiving is about coming together to share a bit of who we are, while bringing new life to old traditions,” the company said on its website. 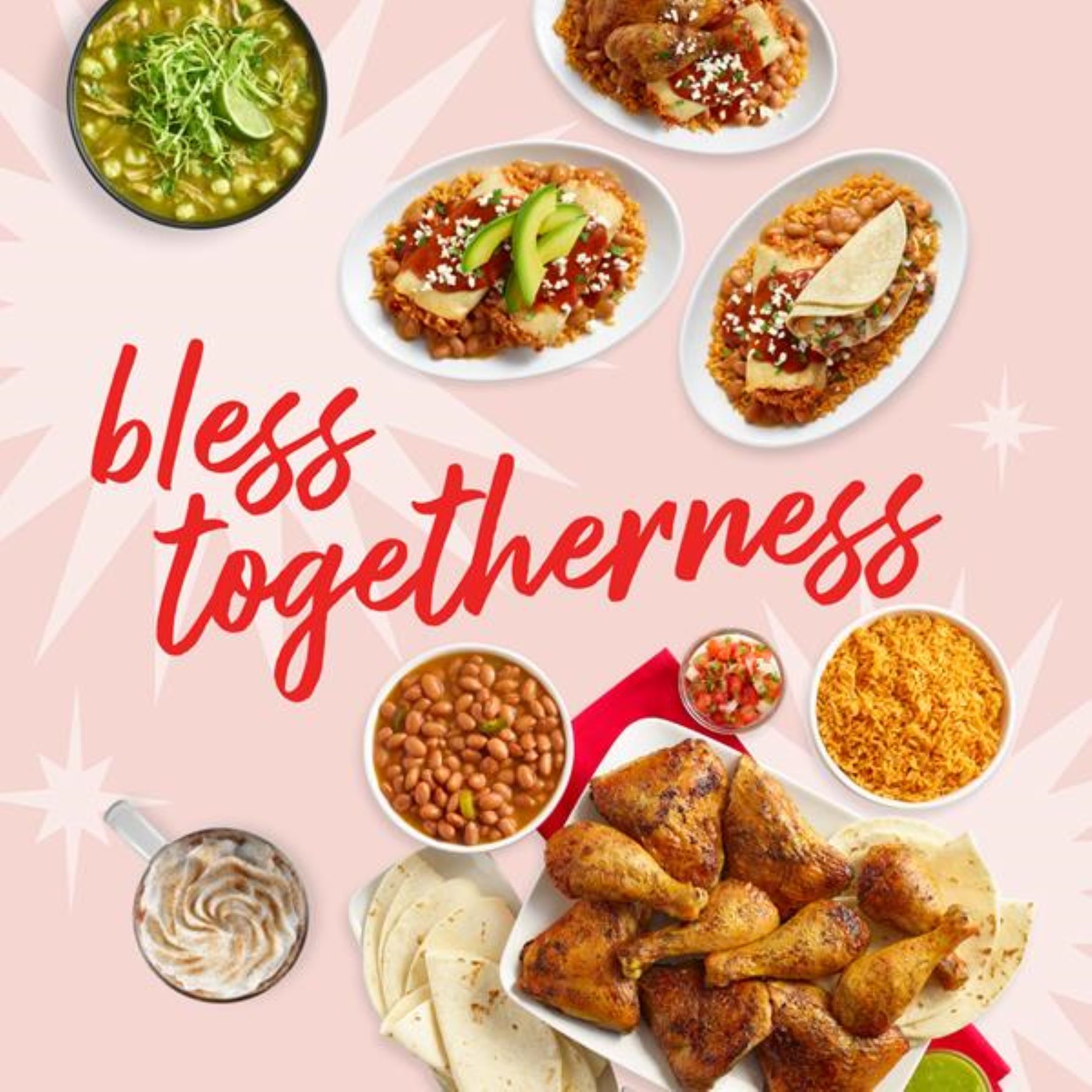 Among its promotions for the campaign, El Pollo Loco is catering Friendsgiving-style “Friendsmas” dinners for TikTok influencers, sharing the meals on the social media platform. 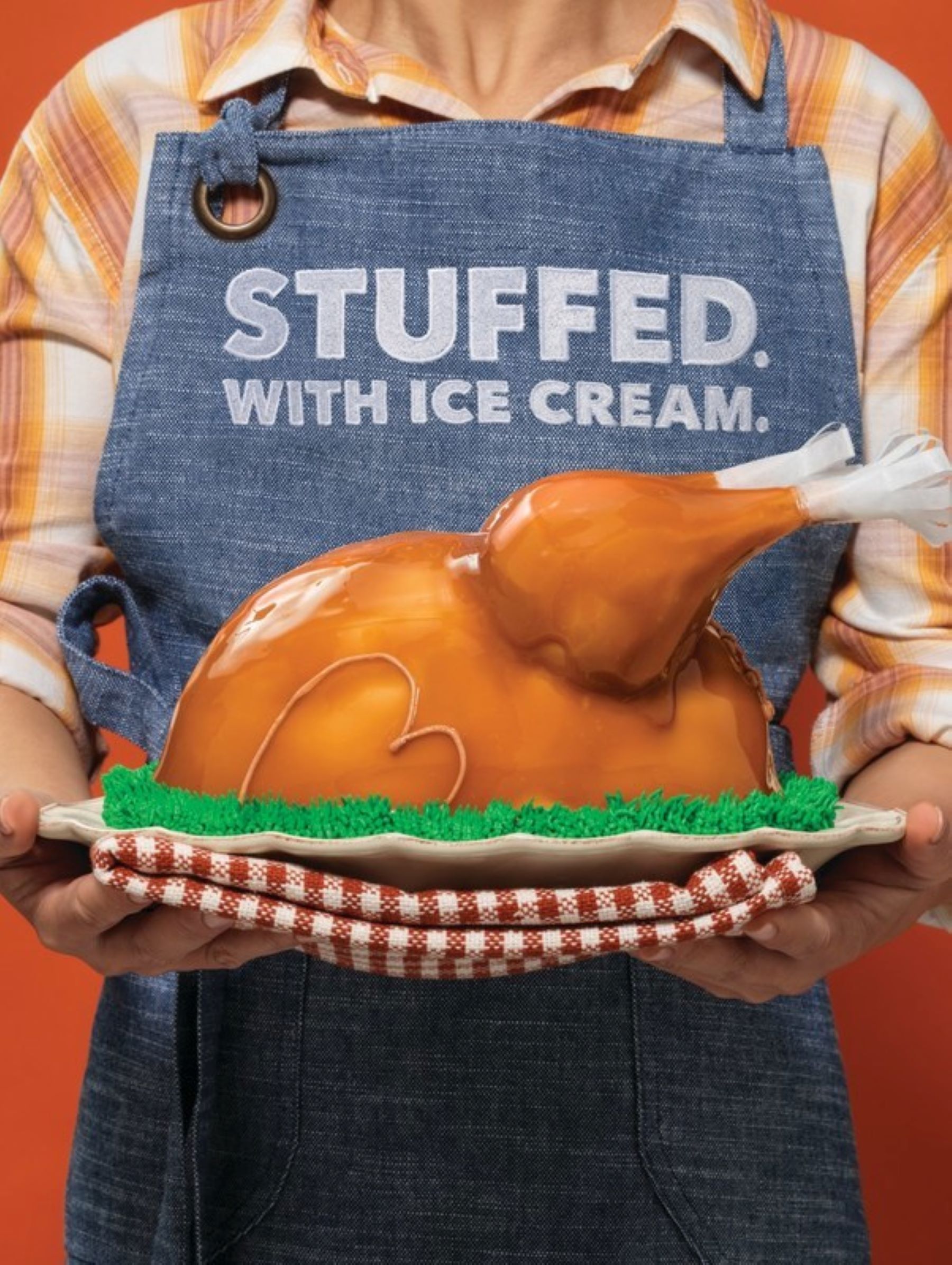 Ice cream chain Baskin-Robbins wants you to bring a giant turkey cake to your Friendsgiving meet-up.

The brand is bringing back its popular LTO, which it calls, “the perfect conversation piece and Insta-worthy addition to any Thanksgiving or Friendsgiving gathering.”

The turkey cake is stuffed with a choice of ice cream, topped with two sugar cone legs, coated in caramel-praline glaze atop a bed of frosting.

Subway is making a massive change to its menu, and it may not be done

An inside look at Subway's latest menu overhaul