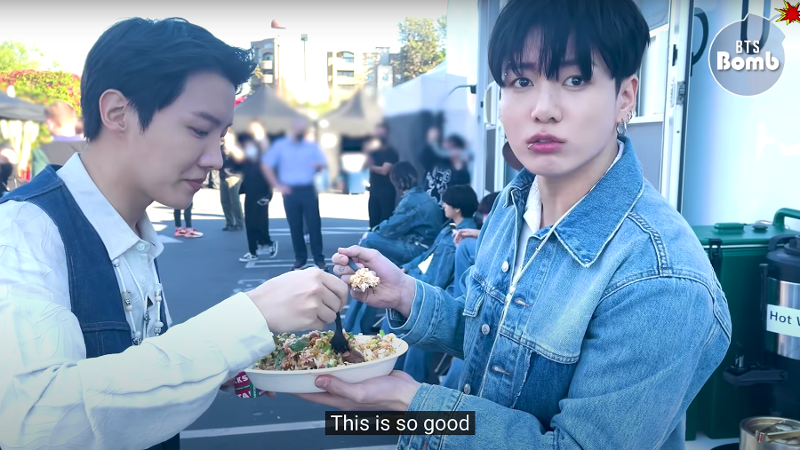 When the members of a wildly popular Korean boy band are caught on video enjoying your food, what’s a restaurant chain to do?

Well, if you’re Chipotle Mexican Grill, you change your social media moniker and plan an online giveaway in honor of the occasion.

It all started when the seven-member K-pop sensation BTS was captured on video trying Chipotle’s bowls for the first time, following an appearance on James Corden’s TV show in Los Angeles.

That video landed on YouTube Sunday and has since been viewed nearly 4.5 million times.

It prompted Chipotle to change its Twitter name to “Chicotle,” based on one of the BTS’ members pronunciation of the chain’s name.

On Tuesday, Chipotle said it had partnered with a Twitter fan account, @USBTSARMY, to give out 7,000 promo codes for free entrees that evening.

“The 7,000 free entrees pay homage to the 7 boys in the Korean supergroup,” a Chipotle spokeswoman said in a statement.

On Sunday, Chicotle tweeted, “gm tannies,” wishing good morning using the slang term for the collective members of BTS. That tweet was retweeted nearly 18,000 times and received more than 81,000 likes.

In the video, BTS member Jungkook samples the food and says, “What is this, Chicotle? I want to eat this every day.”

It is unclear whether any further Chipotle-BTS partnerships are planned, according to the chain’s spokeswoman.

While this mashup appears to be organic, other chains have found success with pop music partnerships—including with BTS.