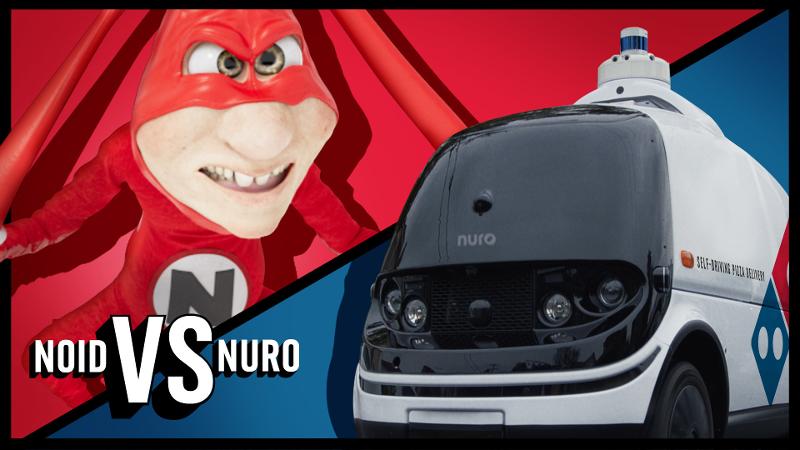 Ready or not, Domino’s is bringing back the Noid.

For those of you who were not alive back then, the Noid was a character in the chain’s ads in the 1980s whose role was to prevent the delivery of pizzas.

This time around, The Noid will try to thwart the Nuro R2 robot, the autonomous delivery vehicle Domino’s is testing in Houston. “The Noid is Domino’s oldest and most famous villain and the pizza delivery testing we’re doing with Nuro’s autonomous vehicle is the kind of technology innovation that could provoke the Noid to return,” Kate Trumbull, Domino’s vice president of advertising, said in a statement.

The Noid isn’t just returning to television, however. The Ann Arbor, Mich.-based Domino’s is also bringing the character to the mobile game Crash Bandicoot: On the Run! The Noid will be one of the game’s “mini bosses,” pitting players against the Noid as Crash progresses through the story.

Domino’s is also selling “Hanging in There” and “Avoid the Noid” t-shirts and tumblers on Amazon. Profits from the merchandise will go to the Domino’s Partners Foundation, an independent internal nonprofit that provides financial assistance to the chain’s workers in need.

That, too, hearkens back to the character’s history. The Noid made its debut in Domino’s ads in 1986. The character three years later was part of a computer game in which Noids tried hitting pizza delivery drivers with water balloons or “pizza-seeking missiles.”