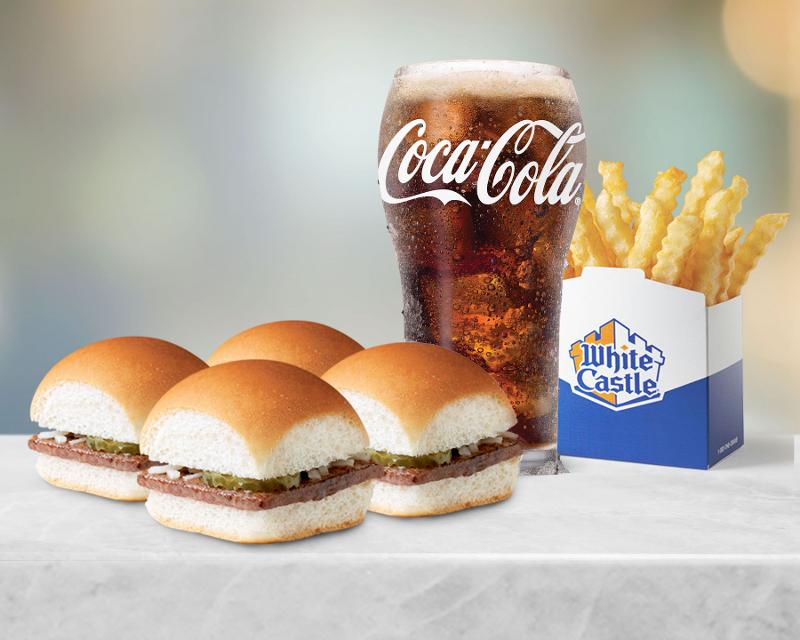 Restaurants have been giving away an overwhelming amount of food in recent weeks.

Since states began closing off dining rooms last month, draining many concepts of sales, operators of all types—from giant chains to small local restaurants—have given out free food to workers, from hospitality workers laid off from their jobs to healthcare workers fighting the coronavirus.

Here’s a look at some of the restaurant companies that are devoting meals and money to feed people across the country.

White Castle has been giving away one free combo meal this month to healthcare workers and EMTs who show their work badge at the drive-thru.

Chick-fil-A, the Atlanta-based chicken sandwich chain, is establishing a $10.8 million community relief effort for local operators to assist their communities. The funds will be made available through June and can help operators provide food donations. 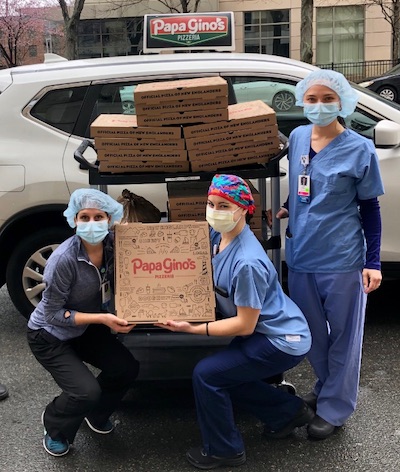 Papa Gino’s and D’Angelo Grilled Sandwiches has been donating pizzas and sandwiches to hospital and healthcare workers across New England as part of its Everyday Heroes program that will continue over the next two months.

Subway, the Milford, Conn.-based sandwich giant, earlier this week teamed with Feeding America to give out 15 million free meals. Subway said it would donate one meal to Feeding America for every Footlong sub customers purchase.

Urban Plates, a 19-unit chain based in Encinitas, Calif., is inviting customers to sponsor a $12 meal for healthcare workers. The chain is donating a second meal for every customer-sponsored meal.

Cracker Barrel said Tuesday that it would donate 5,000 meals to select hospitals in partnership with Sony Music Nashville. Country music star Chris Young, who will live stream a performance on the chain’s Facebook page Sunday.

McDonald’s has donated nearly 3 million pounds of food, including 1.2 million pounds of beef, to organizations around the country. The chain is also giving away free meals to first responders for the next two weeks.

Domino’s Pizza is giving away 10 million slices of pizza cross the country, giving each store the ability to donate 200 pizzas within its local communities.

Papa John’s has donated about 200,000 pizzas, or about 1.6 million slices, to healthcare workers, first responders and families in need across the country.

Dunkin’ earlier this month unveiled DunkinCoffeeBreak.com, where customers can send a Dunkin’ e-gift card to a doctor, nurse, first responder, grocery clerk, neighbor or “any hero in their life.” Dunkin’ is donating up to $100,000 to the Dunkin’ Joy in Childhood Foundation to help families affected by COVID-19.

Feed the Need Florida, a project started by Orlando-based restaurateur John Rivers, is serving more than 50,000 emergency-related meals per week to students and families facing food insecurity. It is also working with the city of Orlando to provide meals to the quarantined homeless population and is providing meals to families in Winter Park, Fla.

Noodles & Co. is donating a regular-sized bowl to healthcare workers for every family meal the chain sells this month. 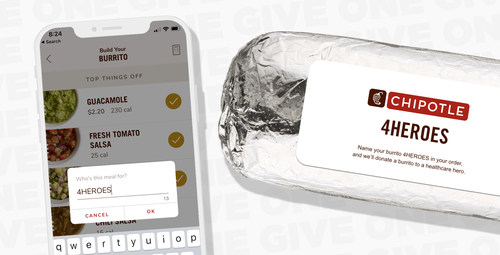 Chipotle Mexican Grill will donate a burrito to a healthcare worker whenever a customer buys a burrito through the chain’s app or website and names the order “4HEROES.” It recently said it would match 10% of e-gift card purchases, up to $250,000, to an organization that provides protective equipment to essential workers.

Jet’s Pizza recently launched a Buy a Pizza, Give a Pizza offer, donating a pizza to a local hospital for every large pizza purchased at the regular price.

Pie Five and Pizza Inn will let customers purchase a meal for healthcare, grocery, fire department or police department staff for $5 or $10.

Nando’s Peri-Peri provided nearly 16,000 meals to hospital workers and laid-off restaurant workers in the U.S. over a 10-day period through early April.