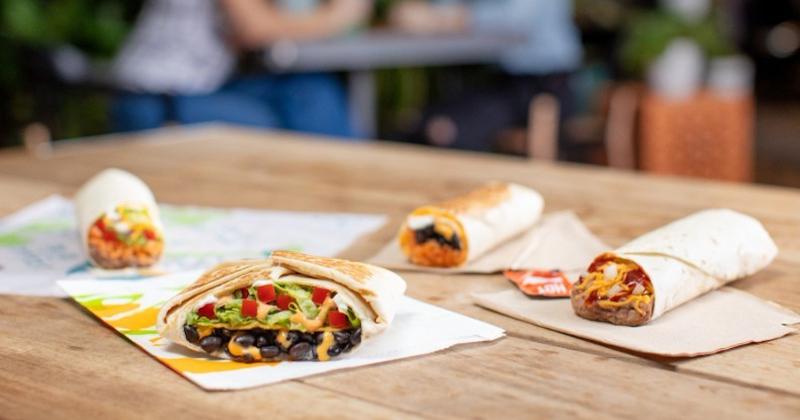 Taco Bell is rolling out its “not-so-new” vegetarian menu nationwide this week with 13 meatless options as the company works to solidify its standing with consumers demanding more plant-based food from their quick-service restaurants.

The menu gives the Irvine, Calif.-based chain another marketing tool to use as it defends its turf from the growing number of fast-food chains offering plant-based menu items, such as Burger King’s Impossible Whopper and Del Taco’s Beyond Taco.

Taco Bell has long boasted of offering one of the most vegetarian-friendly menus in the quick-service restaurant industry. But it has watched other chains generate enthusiasm and sales growth this year with plant-based versions of existing items.

The chain is clearly unwilling to watch that market go to other chains. “At Taco Bell, we believe that vegetarian food shouldn’t be a compromise,” Liz Matthews, Taco Bell’s Global Chief Food Innovation Officer, said in a statement. “It shouldn’t be limited to one item, and it shouldn’t be just for vegetarians.”

Taco Bell’s vegetarian menu comes as the chain has made several other menu moves, including the elimination of some items that don’t sell well as it works to simplify its offerings. It is also introducing a new limited-time offer, the Toasted Cheddar Chalupa.

The Mexican fast-food chain is one of the more successful concepts in the U.S. Same-store sales have averaged nearly 4% quarterly growth since 2015, making it among the most consistent performers among major quick-service chains.

Vegetarians themselves are a relatively tiny market—only about 5% of Americans classify themselves as vegetarian, and only 3% say they are vegan, according to a Gallup survey last year. That percentage has been consistent for decades.

But it’s a far larger group of Americans that want to cut back on meat. One survey suggested a third of Americans could be classified as “flexitarian.”

That makes the veggie-based menu a key battleground going forward. It has fueled aggressive development of plant-based versions of existing items.

And fast-food chains are finding them to be easy marketing targets—KFC ran out of Beyond Fried Chicken during a one-store test last month, for instance. And Burger King is believed to be getting strong sales from its Impossible Whopper.

But, by taking its existing menu items, the chain can bolster the marketing of its vegetarian credibility while giving itself a platform around which it can develop new products.

“For years, we’ve consistently proven that our vegetarian menu options are so craveable that even non-vegetarians unknowingly go veggie because they just love the taste,” Matthews said. “We’re committed to building on this insight and plan to further innovate in this growing space.”

The company notes that it became the first quick-service restaurant to receive a certification from the American Vegetarian Association. The chain has more than a dozen vegetarian options.

Its menu includes 36 certified vegetarian ingredients, 26 of which are classified as vegan. Taco Bell says its customers can customize these options in more than 8 million combinations.