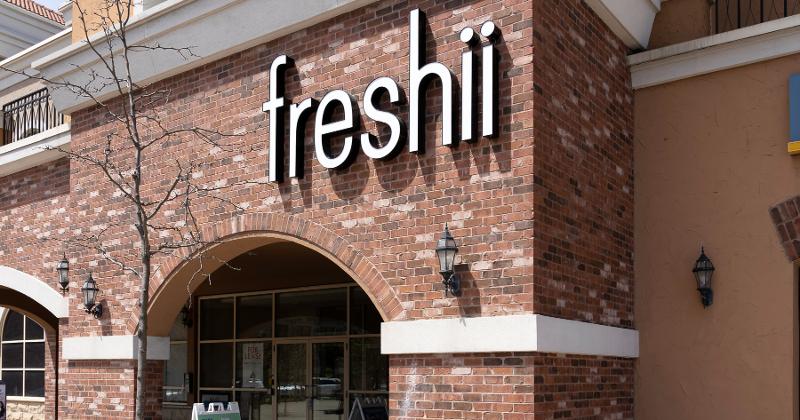 Struggling fast-casual chain Freshii is looking to a relatively unexplored daypart to give it the surge it needs to recover from the pandemic.

Dinner currently makes up 25% of sales for the Toronto-based chain. But Freshii plans to add a “dinner plates” platform to its menu in the fourth quarter, following a test late last year. The entrees feature a protein and two sides.

“During the test we did, we saw plates drive a higher mix of sales at dinner and an increase in average check,” Freshii CEO Matthew Corrin told analysts during an earnings call early Tuesday.

Dinner is one of several avenues Freshii is trying to pull it out of an ongoing slump.

The chain reported same-store sales growth of 46.7% for the period ended June 28. But that’s still 29.4% below the same period in 2019. The 364-unit brand reported a net 17 restaurant closures during its second quarter, 15 of which were restaurants previously classified as “temporarily closed.”

Freshii has closed more than 80 restaurants since July 2019.

At the end of Q2, Freshii still had 20 restaurants listed as temporarily closed, but “a majority” of those locations have reopening dates slated for the coming months, Corrin said.

Like many chains, Freshii’s suburban locations continue to outperform their urban counterparts, recovering more than 90% of their pre-pandemic sales. Restaurants in malls and offices remain the slowest to bounce back.

In addition to dinner, Freshii is adding consumer packaged goods to its offerings. Earlier this year, the chain launched Apple Cider Vinegar Gummies as nutritional supplements, with plans to add other packaged items. The gummies are available via a direct-to-consumer website.

Freshii also sells packaged salads, wraps, juice and other items in Walmart and other retailers.