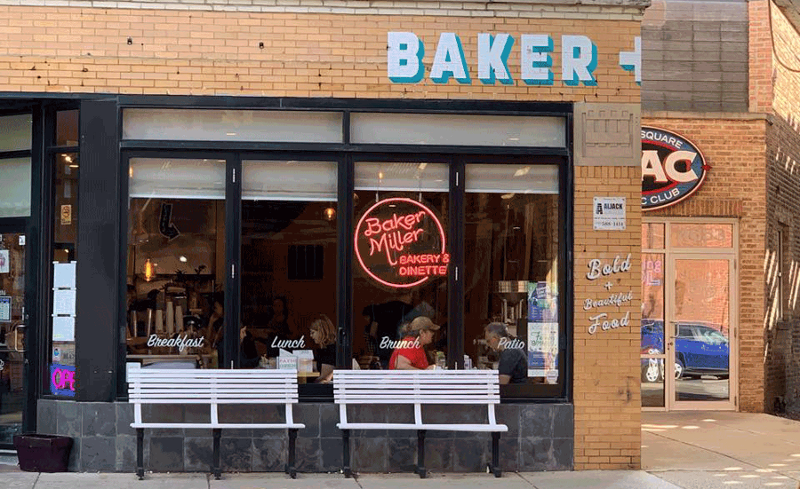 Dave Miller had an idea.

After several months of operating his Chicago bakery-cafe, Baker Miller, under pandemic restrictions, he had learned that its higher-end, brunch-focused menu didn't work well for delivery. But he had excess kitchen capacity and ingredients, so why not launch a second concept out of the same space? Even if it didn't make money, it would create labor efficiencies and provide Miller with useful information about his customers.

"I’ve got the kitchen space, so why can’t I make things that are good to be delivered?" he said.

If that sounds familiar, it's because Miller had independently arrived at an idea that was already taking the restaurant industry by storm: virtual concepts. And he soon learned that there were companies set up to help with creating them.

Baker Miller began working with Future Foods, an offshoot of Travis Kalanick's CloudKitchens, to launch a handful of readymade delivery-only concepts using ingredients the bakery already had in stock. They included breakfast bowls, breakfast burritos, bagels and sandwiches. Future Foods provided sleek photography, branding and robust marketing on third-party delivery platforms. All Miller had to do was make the food.

"The thing that we liked was that while it didn’t indicate our brand, it did have a hip, nicer look to it," Miller said.

The virtual brands went live at the end of the summer, and while they weren't as busy as Future Foods had promised, they did help cover labor costs during slow times in the winter. And one concept stood out: bagels.

Customers in Baker Miller's 3-mile delivery radius wanted bagels so badly, in fact, that Baker Miller has since added them to its regular menu, where they have become the most popular item.

“We ended up almost completely pivoting our brand to become a bagel concept,” he said. 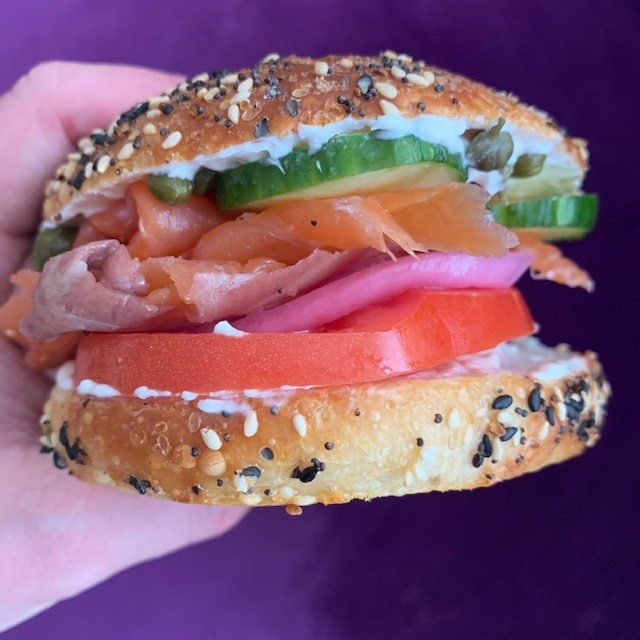 It is a reminder that the world of delivery, virtual brands and ghost kitchens remains full of surprises. Some restaurants have reported virtual brands accounting for half their sales, while others that have launched delivery-only concepts are planning to turn them into brick-and-mortar restaurants.

"What feels weird is it’s just such a different concept than brunch is," said Miller, reflecting on the unexpected transformation. While a brunch sauce might require 12 ingredients, aioli is aioli, he said. That gives bagels better margins, too.

"I’m ending winter with more money than we’ve ever had in our history because of the bagel concept," Miller said.

The bakery ended its relationship with Future Foods a couple of months ago, but continues to run a separate, delivery-only bagel brand called Miller Bagel on Grubhub. It will toggle the bagel brand on or off depending on how busy Baker Miller is that day—and it still generates sales.

"What’s happened is that I think that we’re acquiring customers ... who wouldn’t normally be our customer and that just want a good bagel concept," Miller said of Miller Bagel.

Baker Miller's dining room remains closed, and there are a few ways things might play out when it reopens, Miller said.

It could end up repositioning as an all-around sandwich concept, highlighting its bagels and still-popular biscuit sandwiches along with deli sandwiches.

There's also a chance that brunch comes back with a bang, and bagels become peripheral.

And then there is Miller's dream scenario: "We add brunch, and both of them are so high because they’re a different type of customer that we’re able to open up a second restaurant that’s bagel only," he said.

"I’d love to have a stand-alone bagel deli," he said.