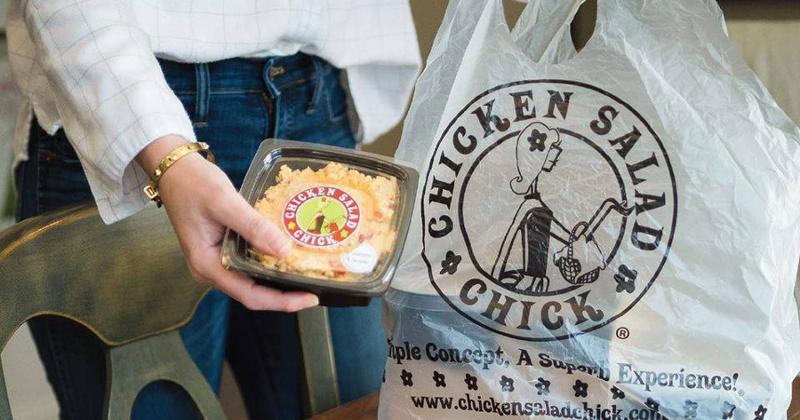 Chicken Salad Chick had been considering moving its headquarters since 2018.

“It’s not meant to be a negative against Auburn, (Ala.),” CEO Scott Deviney was quick to note. “Building a franchise business, you need a lot of great support and team members to support that growth.”

So, in 2019 the fast-casual chicken salad concept started “doing the heavy lifting” around making such a move. But then, late that year, the restaurant was acquired by private equity firm Brentwood Associates, complicating a shift in headquarters.

“We put everything on pause, as most everybody did,” Deviney said.

But as of Feb. 1, Chicken Salad Chick has been working from its new headquarters in Atlanta, with closer proximity to a major airport, nearly three times the space of the old office and a larger pool of workers from which to recruit.

“I’ve always thought we need that camaraderie and we need that water cooler conversation,” he said. “We’ve been here half a month and it has been fantastic.”

The new office is about 11,000 square feet, with room for offices, work stations and training rooms.

“I do believe our younger team members need the advice and expertise of people who’ve been around for a while,” he said. “And the older generation likes to pontificate. It’s great for collaboration.”

Much collaboration is necessary right now at Chicken Salad Chick, which is growing at a rapid pace.

The chain, which opens its 180th restaurant next week, started its growth in the southeastern U.S., but it has been steadily expanding northward, announcing plans this week to open four company-owned restaurants in the Indianapolis area over the next several months.

This year, the company is slated to open 40 to 50 new restaurants, of which the majority will be franchisee-run.

“That’s a phenomenal number for us,” he said.

About 40% of current locations have drive-thrus, and roughly 60% of new locations will have them, too. But the concept has no plans to do away with dining rooms or drastically shrink its restaurant sizes.

“What made us successful is just great service and great hospitality,” Deviney said. “You feel like you’re walking into someone’s house. We don’t want to take that away. If we go too far on the left on delivery and curbside, we lose a little bit of what we are, a little bit of that warm, flowy feeling. We don’t want that to change … We’re trying to build this brand for the long run. We’re trying to build a brand that will outlive us.”