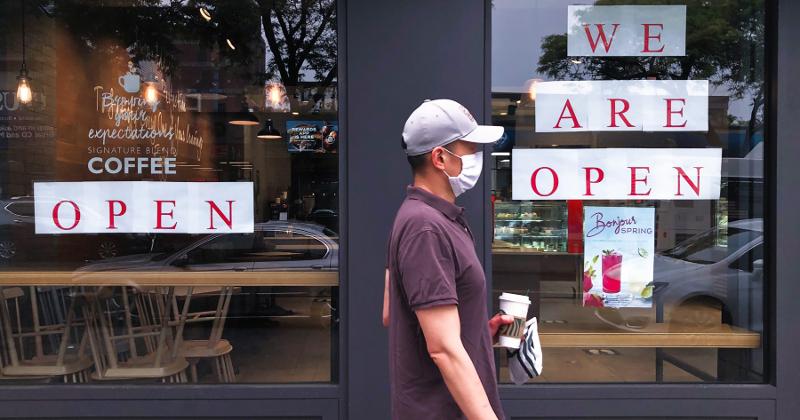 In a flashback to the start of the restaurant industry’s COVID-19 nightmare, the federal government’s leading expert on infectious diseases has called on states suffering an upsurge in coronavirus cases to “seriously look” at reclosing businesses and requiring citizens to shelter at home again.

“Any state that’s having a serious problem, that state should seriously look at shutting down,” Fauci said Wednesday on The Journal, a podcast presented by the Wall Street Journal.

Fauci’s recommendation echoes the warnings he floated in mid-March when restaurants were still in full operation and the incidence of COVID-19 was small but rapidly growing. On March 15, during a tour of that Sunday morning’s political talk shows, Fauci called for a federal directive to shut down restaurants nationwide for 14 days. He also spoke of the dangers of eating in restaurants.

That afternoon, Ohio Gov. Mike DeWine ordered all restaurants in his state to close their dining rooms as of 9 p.m. and offer only takeout and delivery until further notice. On-premise service would not resume until May 15, and only to a limited degree on that date.

Other states would quickly follow in suspending dine-in service until all but two had limited foodservice operations to sales for off-premise consumption. Restaurants would see their sales fall to a fraction of pre-pandemic levels. Revenues have still not fully rebounded, and millions of industry workers remain unemployed.

Fauci’s call for a second round of state shutdowns came a day after the daily count of new COVID-19 cases nationwide topped 60,000 for the first time.

To halt that climb, he said, “We’ve got to tighten things up, close the bars. Indoor restaurants, either no or make it such that there’s very good seating. Make sure people wear masks, make sure they don’t congregate in crowds.”

The day after recording that comment, Fauci tempered his stance and walked back his call for shutdowns. In an interview with TheHill.com, a news medium focused on Capital Hill, the doctor said the surge in COVID-19 cases could be checked by merely halting states' efforts to reopen their economies.

"IWe need to get the states pausing in their opening process, looking at what did not work well and try to mitigate that," Fauci said during the interview.  "I don't think we need to go back to an extreme of shutting down."

Other jurisdictions, including New York City and New Jersey, have delayed the resumption of dine-in service.

One COVID-19 hotspot has already indicated that it won’t follow Fauci’s advice. Florida will not impose another lockdown, Gov. Ron DeSantis has declared.

UPDATE:This version of the story includes Fauci's comments today that slowing state reopenings could bring the surge back under control, and that shutdowns are not necessary.