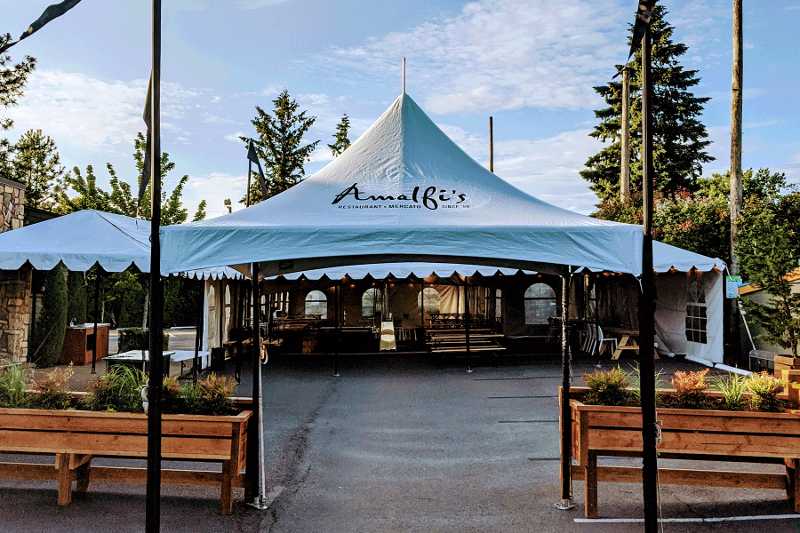 For the second time this year, Kiauna Floyd, the third-generation owner of Amalfi’s Restaurant in Portland, Ore., laid off three-quarters of her staff.

Floyd had spent more than $93,000 on her outdoor dining space since May, recently upgrading and winterizing the area with industrial propane heaters and sidewalls for the tents. She paid for special liability insurance and hired an overnight security guard to deter thefts amid the city’s ongoing civil unrest. (“That was whoa; that was a major expense,” Floyd said.)

And then, late last week, Oregon joined a growing number of states suspending on-premise dining, both indoor and outdoor, as coronavirus rates surge around the country. Portland’s on-premise pause is slated for four weeks, but Floyd doesn’t expect it to ease before the end of the year.

“We had no clue,” that outdoor dining would be banned, she said. “It would’ve been nice if there was some sort of speculation; we could’ve buttoned down the hatches. We wouldn’t have invested in winterizing the tents if we had gotten some lead time on that.”

It’s a sad reality that, nearly nine months into this pandemic, operators are becoming accustomed to state-mandated shutdowns. But, unlike dining bans earlier in the crisis, this time, there’s no federal aid in sight. There’s no added unemployment for laid-off restaurant workers.

Many independent restaurant owners feel as if they’ve been left adrift in the ocean to drown without so much as branch floating by to save them.

Independents are bearing the brunt

While national fast-food chains and other big players are getting back to pre-pandemic sales, independents keep losing ground.

They’re the industry’s most vulnerable operators. Before the crisis, many independents didn’t have robust off-premise operations. They’re not well-capitalized like most chains are, giving many restaurateurs limited ability to launch digital initiatives, survive serious revenue dips, or embark on major structural upgrades.

Three-quarters of independent operators said they’d taken on new debt of at least $50,000 and more than 12% of those polled in a fall survey by the James Beard Foundation and the Independent Restaurant Coalition said they were buried under new debt of a half-million dollars or more.

Iconic independents that have weathered decades in business continue to close around the country, unable to continue amid a pandemic with no end in sight.

And, yet, independent restaurants are incalculably valuable to communities, propping up local economies with jobs, tourism dollars and their support of related industries like farmers, winemakers and more.

“We’re in an unprecedented crisis, a lot of which is invisible right now,” chef and restaurateur Andrew Zimmern said during a recent webinar on the topic. “We don’t see pictures of what’s going on, but if you drive down Main Street in small towns in Minnesota, you sure get a good idea of what the pandemic is doing.” 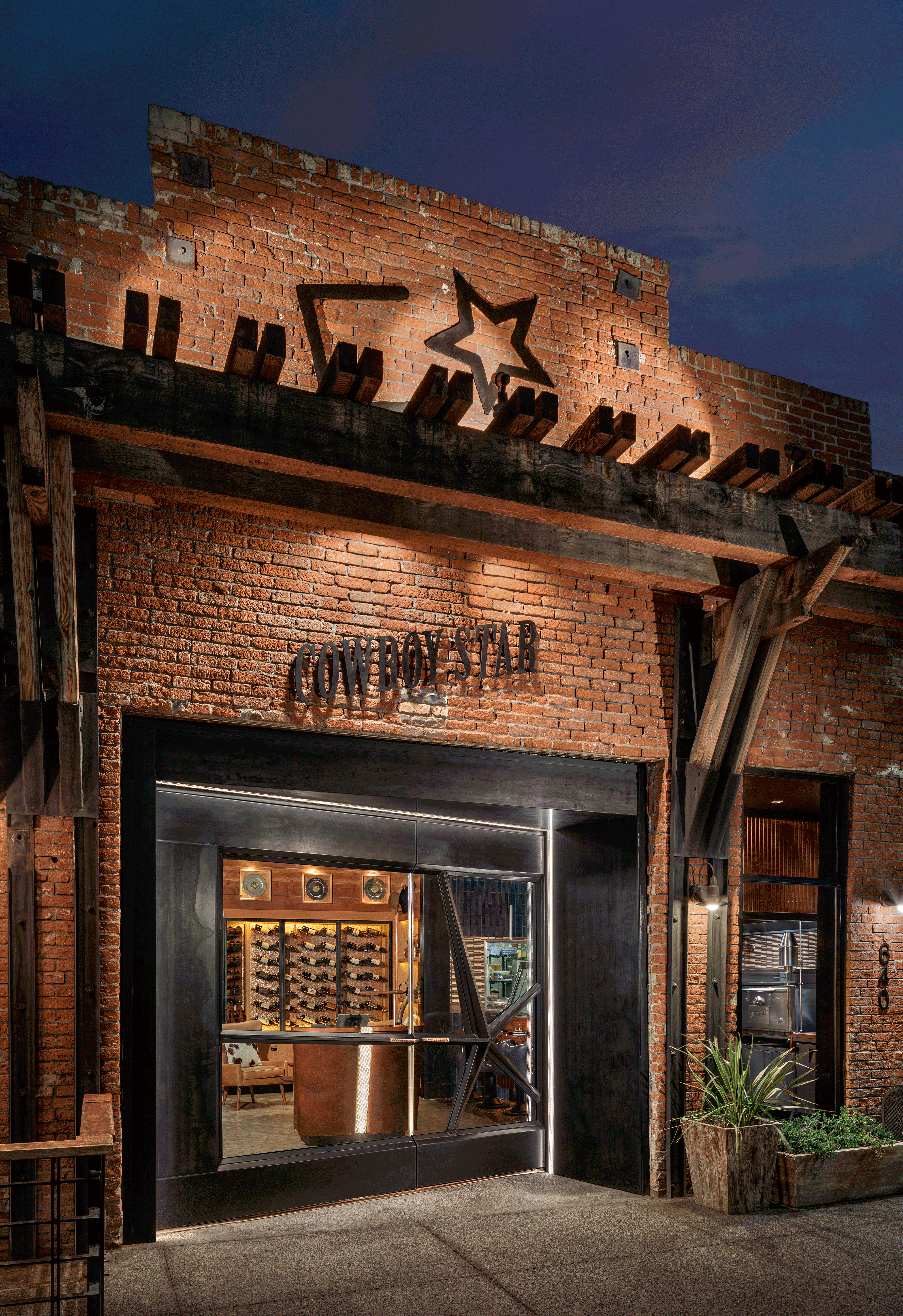 Besides feeling neglected by a lack of government aid, many independent operators say they are being unfairly targeted by the shutdowns.

Oregon’s Restaurant & Lodging Association, for example, said this week that of the state’s 2,893 recently reported COVID cases linked to workplaces, just 22, or 0.76%, were tied to restaurants.

“It feels we rushed to a decision and it resulted in a process that lacked a thorough assessment,” said Jason Brandt, the association’s president and CEO. “That lack of process is devastating to hundreds, if not a few thousand restaurants, who’ve made investments in outdoor infrastructure. They’ve taken out personal loans and credit card debt to erect these tents and set up these heating units.”

Jon Weber, co-owner of Cowboy Star Restaurant and Butcher Shop, which has restaurants in San Diego, Calif., and in Colorado Springs, Colo., filed suit against his state and county last week, alleging that the area’s rising coronavirus cases are not the fault of restaurants. Weber is seeking to keep his restaurant open for limited dine-in service.

“The lawsuit came out of a place where we were backed into a corner,” Weber said. “There was no recourse for us. We were pushed into a place where it was the only thing we could do to possibly stay open or push back a little bit and say, ‘Hey, restaurants aren’t the problem.’”

Weber said he has spent upwards of $60,000 at his San Diego restaurant on safety and sanitation upgrades, including plexiglass and a UV light filtration system connected to the ventilation units.

He said he would like to see those in power be guided more by science and numbers when deciding which sectors to shut down.

And, he said, he hates when state and local officials refer to restaurant closures as “rollbacks” or “pauses.”

“Sitting here tonight with an empty restaurant bar on a Bears Monday night game,” Scott Stanley, owner of Stanley’s Ale House in South Elgin, Ill., wrote in a Facebook post earlier this week. “Is it worth staying open? Here is the problem with the states shutting us down again. NO extra unemployment for the staff. NO more PPP for the business. We are in a no-win situation. This is crazy.”

Despite a statewide dining room shutdown in Illinois, Stanley and a number of other operators in the state have decided to keep their doors open. The lack of parties and banquets this year are hammering his sales, he said, though he is still seeing average walk-in traffic.

He had decided to stay open to help his employees, he said, and give folks in his community somewhere to go. But defying the closure mandate has come with challenges, he said.

“We have some people who don’t want to work,” Stanley said. “We’re closing Sunday for the whole day because we don’t have enough cooks available. If I close now, I’m going to go against what I set out to do. I have to stand true to what I started out to do.” 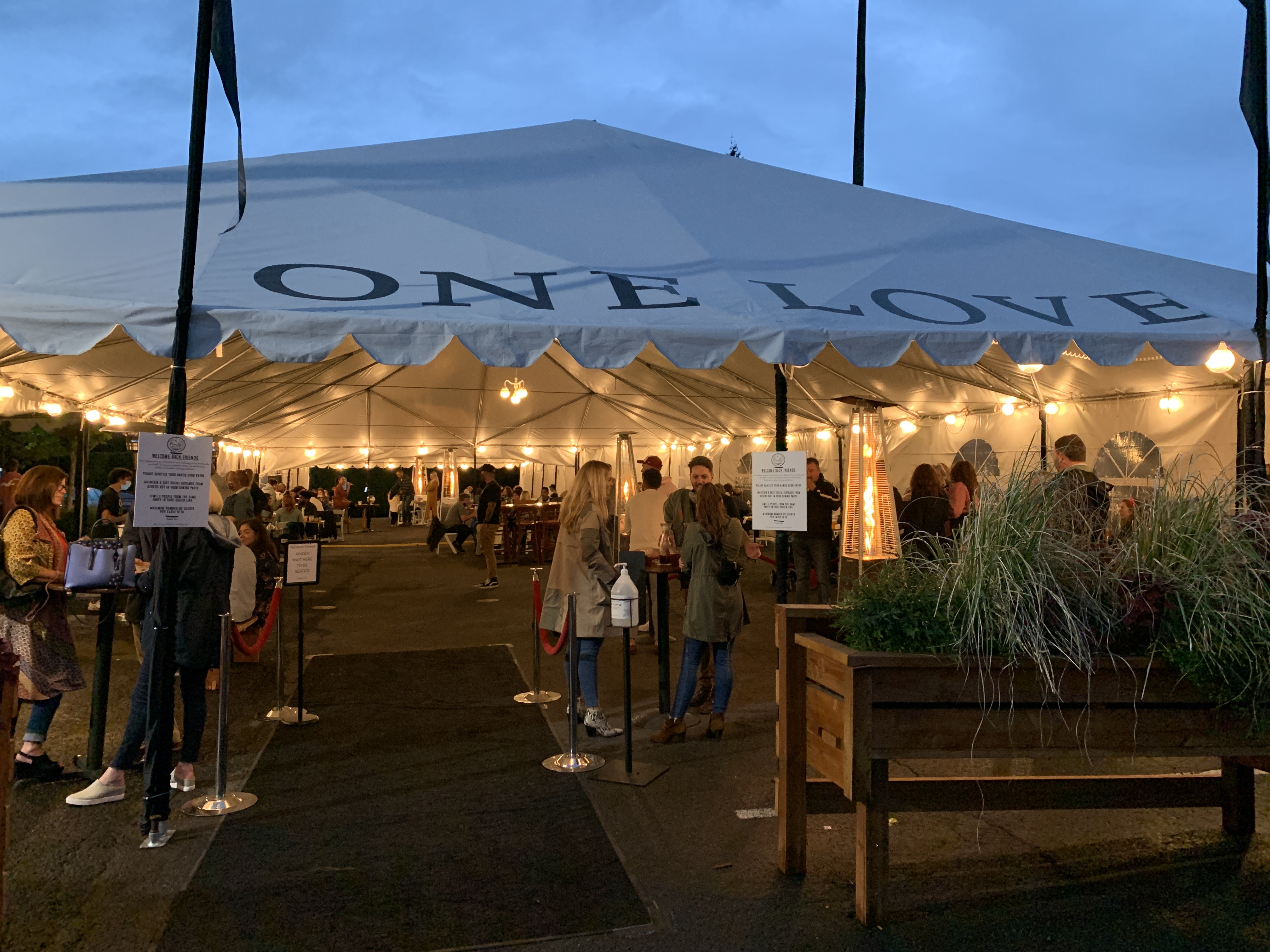 Amalfi’s has served up plates of sausage-studded lasagna and housemade pizzas since 1959. Floyd is cautiously optimistic the restaurant will be able to weather this crisis.

“Many years ago, we really placed a lot of emphasis on the carry-out sector of our business,” she said. “We’ve got a pretty good carry-out business. We should be able to keep a small workforce employed, the lights on and the doors open.

“We’re leaning in on that part of the business,” she said. “It’s been very successful.”

But, she said, deciding to tough it out and stay open right now comes while balancing the costs and risks of closing, even temporarily.

“Closing your doors is not easy,” Floyd said. “It’s a calculated risk that you won’t be able to reopen those doors. It’s very expensive to make that decision. You’ve still got those hard costs, your rent, your insurance. Without any sort of second wave of relief to the industry, it’s a huge monetary burden that many of us can’t carry. We’ve consumed all of the reserved capital on this first wave and have used that.”