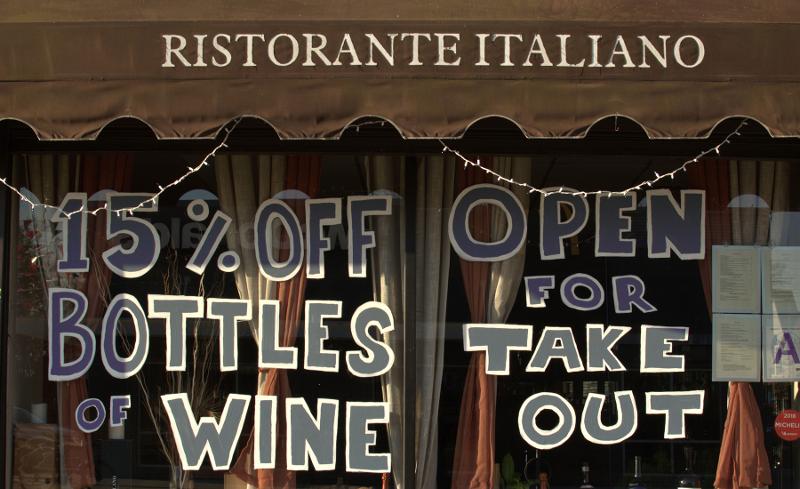 New York City and Philadelphia have joined San Francisco, New Jersey and a host of other jurisdictions in postponing the reopening of restaurant dining rooms because of the resurgence in COVID-19 cases in many areas of the country.

Restaurants in New York were preparing to reopen at 50% of their pre-pandemic dine-in capacities starting Monday. Philadelphia’s resumption of on-premise service was set for Friday. The delays are indefinite for both locations.

The news of New York’s postpone was met glumly by the city’s celebrated restaurant industry.”The longer neighborhood restaurants and bars are forced to be closed, the harder it will be for them to ever successfully reopen,” the New York City Hospitality Alliance, a trade group for the Big Apple’s restaurant, bar and hotel industries, said in an alert to members.

It noted that many establishments had already rehired staffs, restocked coolers and pantries, and adjusted their dining rooms to meet the social-distancing guidelines  that were recommended by the city and state. But, it acknowledged, “The only thing they can afford less than not reopening now is to reopen, rehire and resupply to only be shut down again shortly thereafter if there's a resurgence of Covid-19 cases, similar to the spikes closing businesses around the country.”

The continued shutdown of on-premise dining carries a particular economic danger for arguably the most renowned restaurant city in the country, according to the New York State Restaurant Association (NYSRA). “We fully understand the need to ensure the safety of our customers and employees and protect against a relapse, but the longer that compliance issues continue, the chances of restoring New York City as the ‘restaurant capital of the world’ withers away," Melissa Fleischut, executive director of the NYSRA, said in a statement. "We urge all restaurants across the State of New York to follow the guidelines put forth by the State, and urge community law enforcement to assist in doing so."

Coronavirus infections have been steadily dropping since mid-April in the state and city, once the hottest hotspot of COVID-19 in the nation. But Mayor Bill de Blasio has said that the spike in cases elsewhere in the nation could reignite a local upsurge. Summertime is normally a prime tourism season for New York.

Places that have resumed outdoor on-premise service can continue to serve customers under the relaxed sidewalk restrictions that were announced by the city as part of its second phase of reopening. About 5,800 places are now offering outdoor table service.

“We particularly see problems revolving around people going back to bars and restaurants indoors,” De Blasio said at a press conference. “Indoors is the problem more and more, the science is showing it more and more.”

He noted that the city will proceed to Phase III of its reopening plan, but with the provision for restaurants no longer included.

Philadelphia decided to postpone a return to dine-in service after its count of new coronavirus infections failed to drop below 100 per day. The city had set a threshold of 80 new cases as the trigger point for greenlighting a resumption of table service.

State, county and municipal officials have been rolling back or delaying restaurants’ progress toward pre-pandemic service levels since new COVID-19 cases soared to daily records last week. Nationwide, the count of new infections has climbed to more than 40,000 per day. The federal government’s leading expert on infectious diseases, Dr. Anthony Fauci, told a Senate committee yesterday that the daily count could soar to 100,000 per day if concerted action is not taken immediately to halt the spike.