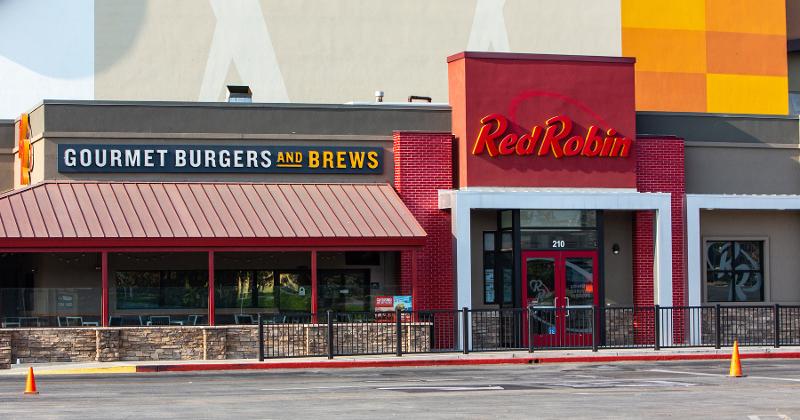 Lessons learned from the push for takeout and delivery will figure into a new design for units that are built or renovated in 2021 and beyond, said CEO Paul Murphy.

Reopening indoor seating areas enabled the brand to accelerate the rollout of its new service approach, known internally as the Total Guest Experience, or TGX.  With a pause in dine-in service beforehand, management could focus on the reorientation, Murphy asserted.

That, in turn, is enabling the chain to systematically add patio seating, increasing the number of seats while capacities are capped, and afterward. The chain is also installing barriers between tables for the same end.

The chain’s pre-pandemic initiatives to operate more efficiently were helped during the crisis by a 33% cut in menu choices,  a move intended to ease labor needs and boost throughput of takeout and delivery orders when those were the only options for customers.

The brand learned how to boost quality while cutting ticket times and operating more efficiently overall, Murphy told financial analysts during Red Robin’s second quarter earnings call. “So we feel good about it,” he continued. “There may be some items brought back to the menu over time, but we see that being a more of a permanent structure.”

Like many of its competitors, Red Robin has seen the pandemic’s impact ease week by week as dining rooms reopen, off-premise business remains strong and consumers adjust to the situation. Delivery and takeout are now generating 40% of unit-level sales, with carryout proving stronger than delivery, said CFO Lynn S. Schweinfurth.

Red Robin closed two restaurants, both company-operated, during the quarter, leaving 552 in operation. In the year-ago quarter, when the chain was struggling to find traction because of a disastrous change in its service model, 11 stores were shuttered.

Murphy indicated that the chain is ready to resume its unorthodox co-branding arrangement with Donatos Pizza, where Red Robin units offer the pies under that brand name as a dine-in and to-go option.

“Before the end of the year, we expect to roll out Donatos to 31 restaurants in the Seattle market, with the majority of the equipment purchased prior to COVID-19,” he said. “As we have said in the past, the 48 restaurants that added Donatos Pizza prior to the onset of the pandemic have been consistently outperforming restaurants without Donatos from a comp sales standpoint by approximately 700 basis points. We, therefore, look forward to resuming our Donatos rollout.”