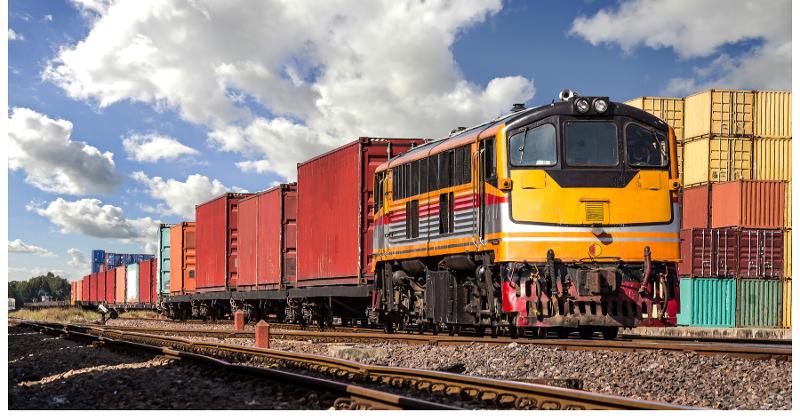 About 30% of prepared foods travel via train. /Photo: Shutterstock

The restaurant industry has joined the chorus of businesses imploring Congress to avert economic disaster by preventing a railroad strike.

In a letter sent Tuesday to Congressional leaders, the National Restaurant Association set out the legislative issues it urges lawmakers to address during the remainder of 2022. Topping the list is a resolution of the rail industry’s contract dispute with an estimated 100,000 workers who are threatening to strike.

If they should walk out, the pipeline for about 30% of the nation’s packaged food supplies would be disrupted, according to the Consumer Brands Association.  A variety of estimates peg the total portion of American goods and supplies transported by rail at about 40%.  The length of the shutdown would be undetermined.

The risk prompted the House of Representatives to pass bipartisan legislation midday Wednesday that prohibits a strike. The measure now moves to the Senate for consideration.

The strike could commence as early as Dec. 9, according to the restaurant association. Some reports warn that the four unions at odds with their railway employers could call for a walkout as early as Dec. 5, or Monday. It is unclear if the eight unions that have accepted contract offers will honor the strike lines.

“If railways shut down and everything must go by truck, the delays would be disastrous for restaurant operators and their menus at one of their busiest times of the year,” Sean Kennedy, the association’s EVP of public affairs, said in the letter to the four leaders of the current Congress.

The Association of American Railroads has warned that an additional 467,000 truck deliveries would be needed per day to keep businesses and consumers supplied with the goods that are normally transported by rail. The trucking industry is already struggling to resume pre-pandemic delivery levels because of a shortage of drivers.

Economists have warned that a shutdown of railroad freight lines could also cut deeply into consumer spending, the engine driving the economy. An often-cited projection by a chemical-industry group pegs the potential drain on economic activity at $2 billion per day.

Other estimates hold that as many as 750,000 jobs could be lost at least temporarily if the strike should last for more than a month. Many of those positions are believed to be in industries that count on railroad-delivered supplies.

The National Restaurant Association is reportedly one of 400 business groups that sent a letter to Congressional leaders on Thursday, urging them to take the extraordinary action of averting a strike through legislative action.

The executive branch has already signaled its willingness to force the four unions that balked at employers’ new contract proposal to accept the offer, which calls for a wage increase of about 24%.  The White House acknowledged that the position runs contrary to President Biden’s pro-union stance.

“Congress, I think, has to act to prevent it,” Biden told Congressional leaders Tuesday during a White House meeting. “It’s not an easy call, but I think we have to do it.  The economy is at risk.”

It is highly unusual for Congress to intervene or push its perspective during contract negotiations within the private sector, but there is a precedent. The nation’s last train strike occurred in 1992. Congress ended it by legislative action after two days.

In addition, the authority to intervene was expressly granted in a 1926 law that was aimed at averting disruptions in interstate commerce.

Update: A mention of the House vote on blocking a strike has been added.