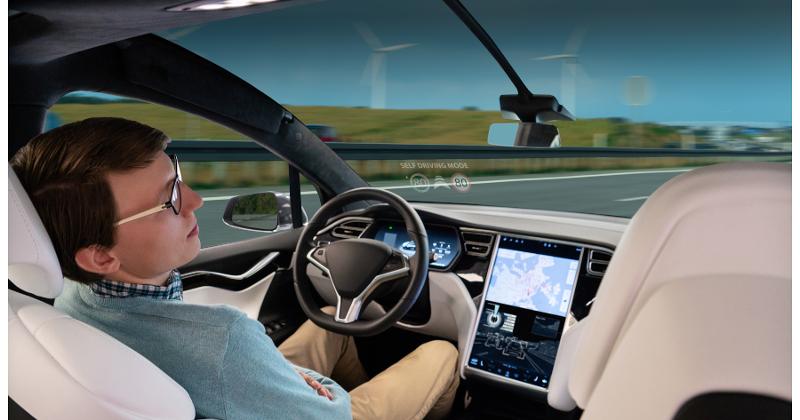 A customer’s use of a self-driving automobile did not spare Pappas Restaurants from being sued for allegedly overserving alcohol to the vehicle’s idle driver.

Instead, the operator of Pappasito’s Cantinas has been named along with car-manufacturer Tesla as a defendant in a $21 million action brought by five policemen. The officers were hit by a Tesla after its owner had indulged in alcoholic drinks at a Cantina in Houston. After leaving, that individual turned on Tesla’s auto-piloting function rather than operate the car through manual controls.

The suit alleges that the policemen were hit by the car during the traffic stop of another vehicle. In their account, the Tesla plowed into their parked GMC Tahoe’s because the autopiloting “brain” could not detect and react to the flashing lights on the four police vehicles.  Instead of braking or changing direction, the Tesla proceeded as if there was no police action, slamming into large-sized SUVs.

The policemen say that Tesla acted negligently because it continued to market its proprietary self-navigation system despite being aware of problems with the technology.

The suit accuses Pappas Restaurants of overserving the Tesla’s driver. Court documents allege that the unidentified individual was visibly inebriated and was arrested at the scene of the accident for driving under the influence of alcohol.

So-called dram shop lawsuits are routinely brought against restaurants that serve liquor. The actions typically allege that the liquor-selling establishment was in part responsible for a car accident because it continued to sell alcohol to a driver whose blood alcohol content had hit or was approaching .08%.

This case is different because it involves a self-driving vehicle. Part of their promised benefit is the added safety of having a computer operate the car, all but eliminating the risk of human error or miscalls in judgment. The sobriety of the “driver” should not be a factor because that person is not steering the car or controlling its speed.

The suit could also stoke the controversy raging over self-driven cars. Although billions of dollars have been spent on researching and developing automated-piloting systems, sometimes fatal accidents have still occurred during tests. The action involving Pappas Restaurants is the twelfth involving an inability of Tesla’s autonomous system to read and respond to the flashing lights of emergency vehicles.

Neither Pappas Restaurants nor Tesla responded by this posting to a request for their input on the case.

Its principals were also the leaders of Luby’s, the cafeteria company that is currently in the process of liquidating.