When Pizza Patrón rolls out its new spicy pepperoni pizza in early April, the company expects 15 percent of its franchisees to stand on the sidelines. It’s not the food or pricing that they have a beef with; it’s the name. 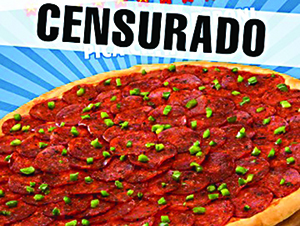 La Ch!#gona, the moniker for the LTO, derives from chignon, says Andrew Gamm, brand director for the Dallas-based company; it is informal Mexican slang with several meanings. Pizza Patrón hopes customers, especially the 18–24-year-old men it’s targeting, will take it to mean chingo de pepperoni (tons of pepperoni) or pica chignon (deliciously spicy), but admits the word can have “strong overtones.”

Calls to franchisees for this story went unanswered, but Pizza Patrón is embracing the rift—even leaking the news itself. Says Gamm, “When it happened, I sat down with [founder and CEO Antonio Swad], and he said ‘Let’s make something positive of it.’” Though Pizza Patrón trimmed its franchisee system and closed 20 stores in the past year, it has no hard feelings. “We’ve got people where they really need to be,” Gamm says. Now we have a smaller and healthier system, and we [are with] the ones we want to continue to see grow.”