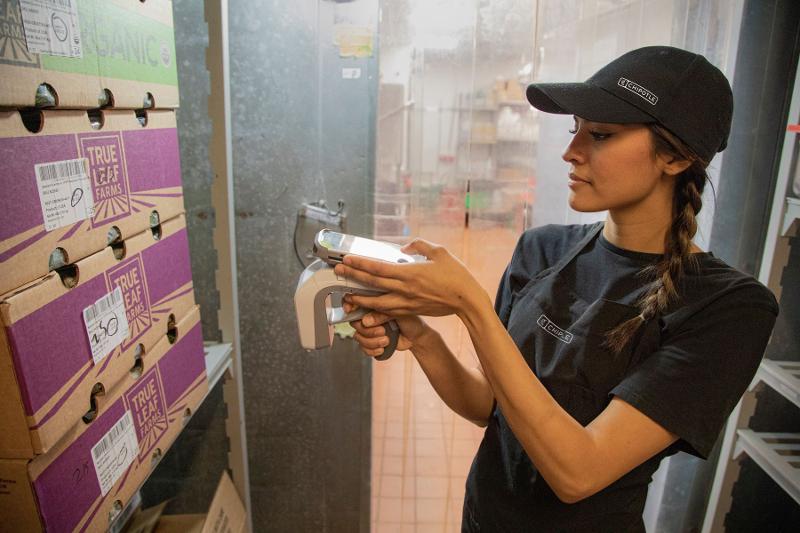 Chipotle Mexican Grill, whose business was massively disrupted in 2015 amid widespread foodborne illness outbreaks, said Thursday it is testing a high-tech way to keep track of inventory and better trace its food through the supply chain.

The 3,000-unit burrito brand is testing the use of radio-frequency identification—also known as RFID—at its Chicago distribution center and at about 200 restaurants in the greater Chicago area, it said in a statement.

The chain is using RFID case labels to track its ingredients from its suppliers to its restaurants. Chipotle said the technology will allow it to act on food safety and quality concerns “swiftly, efficiently and precisely” while saving suppliers’ time on inventory management and stock rotation; mitigating human error; and increasing expiration date visibility and accountability.

Two years ago, Newport Beach, Calif.-based Chipotle was ordered to pay a $25 million fine in response to two misdemeanor counts of selling “adulterated food,” a situation that began with widespread foodborne illness outbreaks five years before.

As part of that settlement, the chain was required to “enhance and maintain” its food safety program.

In late 2015, dozens of customers reported E. coli symptoms, with the infection later traced to Chipotle stores in multiple states. The outbreak forced Chipotle to close dozens of stores.

Not long after, more than 100 customers were sickened with norovirus in an outbreak traced to a Chipotle in Boston.

Chipotle worked closely with the Auburn University RFID Lab on its pilot program, which is being tested on meat, dairy and avocados from five of its suppliers.

Ingredients that are part of the test arrive at restaurants in cases affixed with RFID-enabled labels and are then scanned by RFID readers. Chipotle said those scanners complement existing restaurant equipment and require “minimal incremental investment.”

Chipotle said it is using its “stage-gate” process to test and learn from employees and suppliers before rolling out the RFID labeling program systemwide.