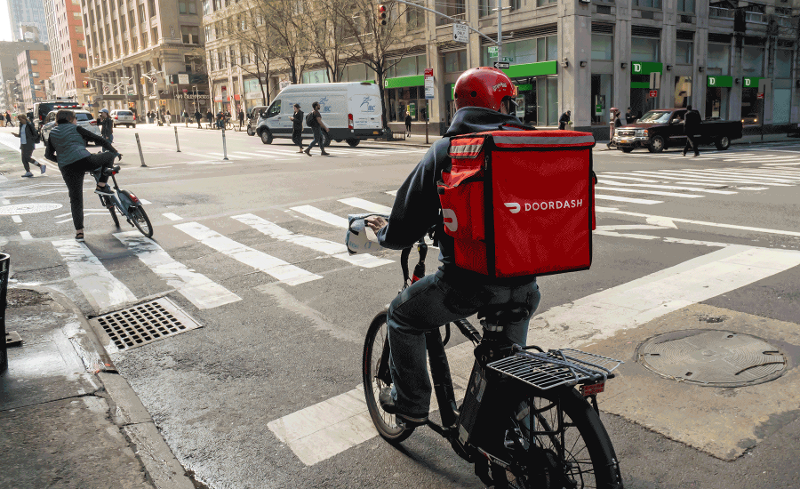 DoorDash is suing the city of New York for the second time in less than a week—this time, over data.

The company on Wednesday filed a lawsuit attacking the city’s requirement that it and other delivery providers share customer data with restaurants. DoorDash argues that the legislation is unconstitutional and an invasion of customers’ privacy and accuses the city of “naked animus” toward third-party delivery platforms.

It is the latest volley in an escalating battle between delivery companies and major cities trying to restrict them. Just last Friday, DoorDash, Grubhub and Uber Eats sued New York over its permanent cap on delivery fees.

The DoorDash complaint filed Wednesday leads with privacy concerns from business and advocacy groups as well as thousands of New York residents who fought the data-sharing legislation.

“After ignoring these warnings and shutting out the voices of 5,400 New Yorkers who wrote in opposition, the Council left us no choice than to ask the courts to overturn this unconstitutional and ill-advised legislation," the company said in a statement.

The City Council approved the first-of-its-kind legislation in July by a margin of 36-5. It requires companies like DoorDash, Uber Eats and Grubhub to share customers' names, phone numbers, email addresses, delivery addresses and order contents with restaurants that choose to receive it. Customers can opt out of sharing their information with restaurants.

"Local restaurants will not only gain a better understanding of who is ordering from them, but it’ll be much easier for them to manage relationships with their customers," said council member and bill sponsor Keith Powers after it was passed.

But DoorDash and others who are against the rule argue that it undermines customers’ privacy and puts vulnerable communities such as undocumented immigrants at risk.

“We are concerned that the lack of data security and amount of data being shared will put this community in danger,” said the New York Hispanic Chamber of Commerce.

DoorDash also argues that the law is an unconstitutional attack on its business model, which relies heavily on customer data for marketing and other purposes.

“The City has made clear that the Ordinance’s purpose is to reduce DoorDash’s profitability—or remove DoorDash from the equation altogether—and to allow restaurants to free-ride on DoorDash’s confidential, commercially valuable data,” the complaint says.

Forcing the company to divulge sensitive business information, it says, is a violation of the First Amendment.

It also warned that restaurants would use the data to compete with DoorDash, limiting the support DoorDash can offer restaurants, couriers and customers.

After a litigious few months, the president of the New York City Hospitality Alliance was not surprised by the latest lawsuit.

“Of course DoorDash sues again,” Andrew Rigie tweeted Wednesday morning. “They think they are above any common-sense regulation and they don’t want any laws standing in the way of their exploitation of restaurants.”

In addition to the data-sharing and fee cap suits against New York, DoorDash and Grubhub are also suing San Francisco over its own permanent fee cap. Meanwhile, the city of Chicago has filed suit against DoorDash, Grubhub and Uber Eats for alleged “deceptive business practices.”