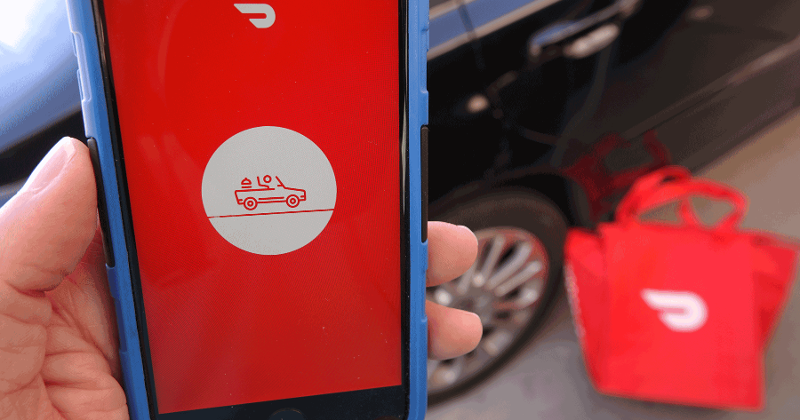 As governments across the country clamp down on third-party delivery services by limiting what they can charge restaurants, the largest of those companies is testing ways to offset the impact of the caps.

In the past month, DoorDash introduced extra fees for consumers in Denver and Chicago. It also announced—and quickly abandoned—a plan to raise fees for Washington, D.C., restaurants that use its DashPass subscription service.

They are the latest moves in an ongoing battle over the fees charged to restaurants by delivery partners, which can be as high as 30% per order. The struggle has crescendoed during the pandemic as many restaurants are depending on delivery more than ever. Meanwhile, delivery companies’ revenues have soared, though they are still largely unprofitable.

More than a dozen cities and counties and one state have leveled caps against the delivery companies. Most limit charges to around 15% and are set to expire after the coronavirus emergency ends—though there is pressure in some places to make them permanent. The companies have said the caps will ultimately hurt restaurants and have expressed a desire to work with governments on alternatives to what they consider the one-size-fits-all approach.

In the meantime, DoorDash is trying other measures to manage the caps. In Denver and Chicago, where delivery fees are temporarily limited to 15%, DoorDash in the past month began charging customers a $2 “Denver fee” and $1.50 “Chicago fee” per order.

“In select cities where lawmakers have imposed price regulations that limit our ability to work with restaurant partners, DoorDash is considering various measures to offset their unintended consequences,” a company spokesperson said in a statement. “In some cases, this means charging customers an additional fee when they order from restaurants in their city to help ensure that we can continue to offer them convenient delivery while helping to ensure that Dashers are active and earning and that merchants can access the services to help drive volume as dine-in remains limited.”

The intention is that the fees will expire when the caps do. It was unclear whether DoorDash is currently testing such fees in other cities.

“We are testing various measures in several cities across the country that have enacted price regulations,” the spokesperson said.

The Denver and Chicago fees are not necessarily surprising—delivery companies, including DoorDash, have long warned that capping delivery charges would force them to pass costs to the consumer. But the flat charges of $1.50 or $2 will likely not be enough to recoup all of what they’re losing under the caps.

Scott Weiner, co-founder of Chicago’s Fifty/50 Restaurant Group and board member of the Illinois Restaurant Association, said he views the Chicago fee as more of a jab at city government than a financial salve.

“They’re charging that little fee to make a point and to let people know that it’s Chicago’s fault,” he said in an interview. “I look at it as just kind of being petty.”

Chicago’s fee cap went into effect in late November, and Weiner said it was too soon to tell whether it was helping his group of more than a dozen restaurants. Fifty/50 works with all the big delivery providers besides Postmates, he said.

In D.C., which approved a 15% cap in May, DoorDash was planning to charge restaurants participating in its DashPass subscription service their higher, contractual rate, saying that DashPass is an optional, premium service separate from the regular DoorDash platform. However, following a cease-and-desist letter from the city's attorney general last week, the company said it would no longer pursue that plan, citing “confusion” around the measure.

DoorDash saw its value skyrocket last week when it debuted on the public markets, closing out the week with a market cap of more than $59 billion, according to financial services site Sentieo.