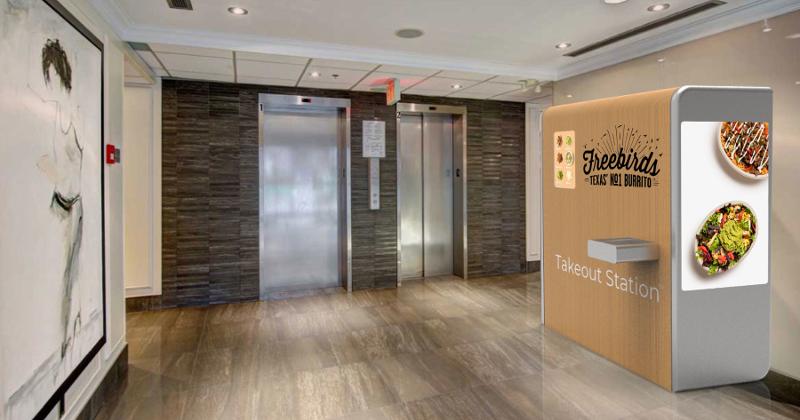 The Austin, Tex.-based chain announced Wednesday that it is testing unmanned, automated kiosks to bring made-to-order burrito bowls closer to its customers. It will use the machines from tech company Now Cuisine to establish "multiple" new locations in Texas that are easily accessible, such as apartment buildings and office complexes.

Now Cuisine's automated Takeout Stations use fresh ingredients to prepare hot meals in minutes, and can operate 24/7, the company said. They will be part of 55-unit Freebirds' plan to double its footprint over the next five years.

"We’re continuing to invest in new technologies that give people the option to have Freebirds’ craveable bowls whenever and wherever they want them," said Freebirds CEO Alex Eagle in a statement.

The chain's expansion will be focused in the Lone Star State, specifically the hubs of Austin, Dallas, Houston and San Antonio. Now Cuisine is based in Dallas, and Eagle said it's "just cool" that the two Texas companies can work together.

Automated food-production machines like Now Cuisine's have been catching on recently, especially in the pizza segment. Late last month, 800 Degrees Pizza announced plans to add up to 3,600 new locations using robotic pizza makers from Piestro, and Basil Street plans to have its own pizza machines in 100 locations by the end of the year.