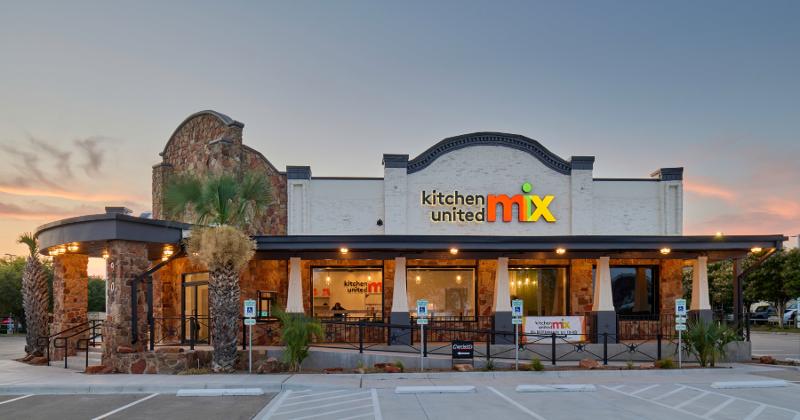 Simon Property Group and former NFL quarterback Peyton Manning also participated in the Series C round, as did a litany of existing investors headlined by GV, the venture capital arm of Google parent Alphabet.

The investment brings KU's total fundraising to $175 million and should add considerable momentum to its exponential growth over the past year. Since last summer, the Pasadena, Calif.-based company has expanded its footprint by more than threefold, from six locations to 21 and counting.

KU's kitchen hubs, known as Kitchen United Mix, allow operators to rent space and sell food with the help of a proprietary technology system. Conceived as a way for restaurants to offload off-premise volume, the hubs have evolved into a growth vehicle for small and medium-sized brands. KU has also begun to embrace more of a food hall model, with pickup and even dine-in featured at some locations.

"Kitchen United uniquely sits at the intersection of technology, food, and real estate," said CEO Michael Montagano in a statement Monday. "To that end, we are thrilled to partner with leading investors across grocery, convenience, restaurants, malls, packaging, logistics, distribution, automation, and urban and suburban real estate development."

Two of KU's new investors—Kroger and mall owner Simon—have already played a big role in its growth. The company has kitchen hubs in Kroger stores and has put its Mix system to work in Simon malls, paving the way for potentially hundreds of future KU outlets.

Now, more stakeholders appear ready to get in on the action. Alimentation Couche-Tard, the country's second-largest c-store chain with more than 7,000 locations, is also envisioning a partnership with the company.

"We believe this business stands apart from other industry players with its centralized locations, multi-format offerings, experienced management team, and mature technology stack," said CMO Kevin Lewis in a statement. Those attributes "align with Circle K's mission to make our customers' lives a little easier every day as we work together to shape the future of convenience."

Other investors appeared to be interested in using KU's technology, if not its actual kitchens. Kitchen United OS, in place at all of KU's facilities, allows customers to order from multiple restaurants on a single ticket and synchronizes the timing so that all of the food is ready at once. As part of the cash infusion, the company said it will be "evolving" the system for use by RBI brands Burger King and Popeyes as well as other big chains like Chick-Fil-A, Portillo's, Panera Bread, Dog Haus, Wingstop and Chili's parent Brinker International.

Going forward, Kitchen United will continue to focus on its core markets of Los Angeles, Chicago, New York and Texas, it said, though it also has locations slated for Ohio and Florida. Its website lists nearly 30 outlets that are either in operation or "coming soon."

Other new investors in the latest round were B. Riley Venture Capital, real estate investment trust Phillips Edison & Co. and supply chain company The HAVI Group.

"The rising trend of off-premises dining presents a major growth opportunity for the ghost kitchen sector, and Kitchen United is uniquely positioned for significant expansion in the years ahead," said David Krane, CEO of GV, in a statement.