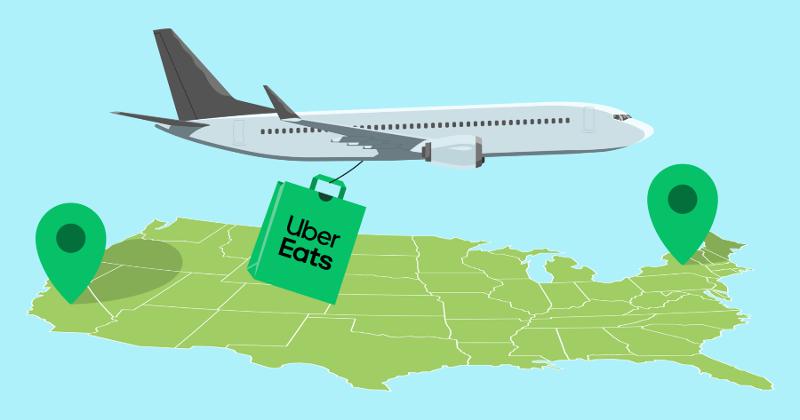 Far-flung fans of Bludso’s Bar & Que will no longer have to travel to Los Angeles to get a taste of its slow-smoked beef and pork.

Instead, they can go on Uber Eats and have the restaurant’s signature dishes shipped to them anywhere in the continental U.S.

Bludso’s is one of 16 restaurants and food businesses now available for nationwide shipping coordinated by the delivery provider. The service was launched Tuesday and reaches anywhere except Alaska and Hawaii.

Other restaurants to make their fare available for long-distance delivery are The Pie Hole in LA, Sarge’s Deli in New York, Sergio’s in Miami and La Fromagerie in San Francisco.

Customers will find all of the nationwide shipping options in a dedicated carousel in the Uber Eats app. Once they place an order, the restaurant will get the order information along with a shipping label to send the food through FedEx.

The idea came from Uber Eats’ restaurant partners, said Yadavan Mahendraraj, the company’s head of merchant ops for the U.S. and Canada.

“We had partners who said, as I’m coming out of the pandemic, trying to broaden my business, we’ve heard customers saying, ‘Hey, do you ship?’” he said.

There are a few reasons more people are asking to have food shipped to them, Mahendraraj said. For one thing, a lot of people relocated during the pandemic, sometimes leaving behind beloved restaurants that aren’t available in their new area. There’s also demand from immigrants who crave their native cuisine but live far from one of the pockets in the U.S. where it can be found. And with delivery becoming commonplace thanks to Amazon and companies like Uber Eats, the ability to get favorite foods wherever, whenever is becoming an expectation.

“The idea of getting food delivered to you has become part of the zeigtest,” Yadavan said. “Our ordering habits have changed.”

Nationwide restaurant shipping is not a new concept. Goldbelly has been providing the service since 2013, and it gained momentum last May with a $100 million private-equity investment. Uber Eats’ rival DoorDash launched its own nationwide shipping option in November. And some of the businesses in Uber Eats’ program—including Sarge’s Deli, Juice Press and George Stone Crab—already offer shipping themselves.

It’s a good fit for restaurants with a loyal fan base and that have food that packages and travels well, like sauces or baked goods, Mahendraraj said. He added that it’s easy for restaurants and can add incremental sales even if they only get one or two such orders a week. Uber Eats will work with partners to set the right price for nationwide delivery items, with shipping costs built in.

“This is really low lift,” he said. “All you need to do is have a product that can ship.”