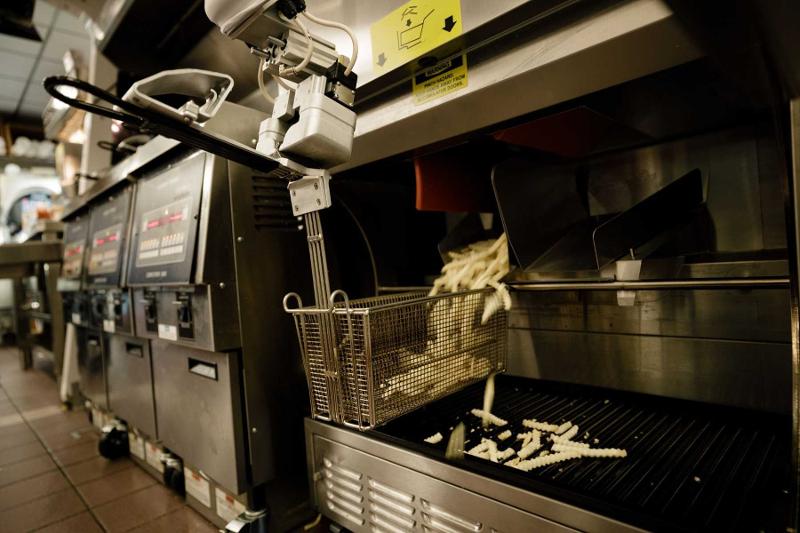 Flippy has passed its first test as a White Castle worker.

The fast-food slider chain will expand its use of the kitchen robot to 10 more locations next year, the company said Tuesday. White Castle began using Flippy to work the fryer at a single location in Merillville, Ind., last month, and has apparently liked what the automaton brings to the table.

Flippy, a robotic arm that slides along a horizontal rail, has boosted efficiency and food consistency, and has freed up staff to focus on other tasks, said Buck Jordan, president and chairman of Miso Robotics, the company that makes Flippy.

“They go from spinning five plates in the back of a restaurant to spinning one less,” Jordan said.

Flippy has had a particular impact during graveyard shifts at the 24-hour restaurant—traditionally a difficult period to staff—by helping maintain food quality and consistency late at night, Jordan said.

Since starting at White Castle, Flippy has fried an average of 360 baskets of food per day. And though the bot has assumed a role that once belonged to a human, staffing levels at the restaurant have not changed.

“For [White Castle], it’s really the better use of staff. They’re focused on getting as much out of the labor as possible,” Jordan said. “They’re not letting anyone go because of Flippy.”

Those workers now have more time to do things like facilitate delivery and pickup orders, which have spiked during the pandemic, and do the additional cleaning required under COVID-19 guidelines.

“We believe technology like Flippy ROAR can improve customer service and kitchen operation,” said White Castle CEO Lisa Ingram in a statement. “This pilot is putting us on that path—and we couldn’t be more pleased to continue our work with Miso Robotics and pave the way for greater adoption of cutting-edge technology in the fast-food industry.”

The chain is still deciding which 10 restaurants will be getting a Flippy, but it has its eye on units that do a high volume of fried foods, Jordan said.

The expansion will represent the widest adoption yet of Miso’s technology, and Jordan said there’s more to come. The Pasadena, Calif.-based company has had discussions with “literally everyone you could name,” and expects to be working with more large chains in the second half of 2021, he said.