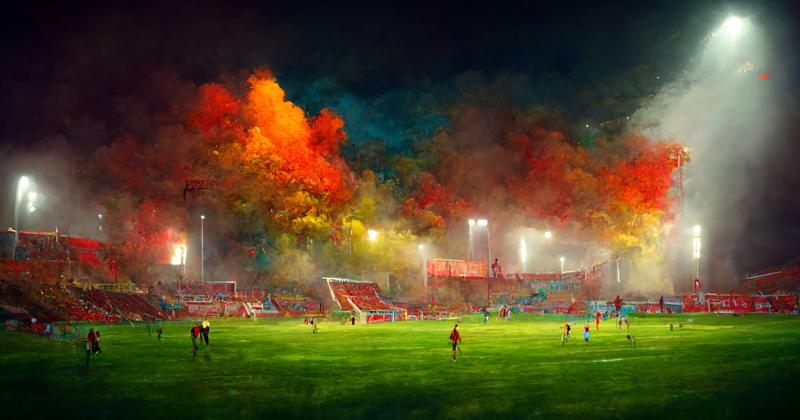 Drug and alcohol abuse is a deeply rooted American problem, but the restaurant industry is uncomfortably close to the heart of it.

A 2015 survey by the federal government found that 16.9% of hospitality workers abused drugs or alcohol, the highest rate of any industry.

The reasons for that are complicated and varied, encompassing stigma associated with addiction, the wider availability of dangerous drugs such as opioids, and an entrenched restaurant culture where heavy partying is often viewed as part of the job.

Gradually, though, the industry is waking up to the fact that it has a drinking and drug problem. Here are four ways operators are starting to turn the tide.

Steve Palmer, a restaurateur and co-founder of industry support group Ben’s Friends, said the first step in solving restaurants’ substance abuse problem is talking about it.

“I would start with having a staff meeting about mental health,” he said. “And coming at it from a place of empathy and compassion instead of a place of judgment.”

That’s one of the ideas behind Ben’s Friends, a community of restaurant workers who struggle with substance abuse or addiction. Since its founding in 2016, the group has grown to 19 chapters across the U.S. Each chapter holds weekly meetings, which have helped fuel awareness of substance abuse in the industry.

“We are making progress,” Palmer said. “And it’s so gratifying to see, because we just weren’t talking about addiction six years ago, and now we are.”

“Have the conversation with the person. You may be planting a seed that when the second or third person talks to him, they go, ‘I need to take a look at this.’” —Steve Palmer

That’s not to say addiction is easy to talk about—especially in restaurants, where drinking and drugs are ingrained in the work culture.

Nonetheless, Palmer said, “Have the conversation with the person.

“You may be planting a seed that when the second or third person talks to him, they go, ‘I need to take a look at this.’”

When having those discussions, it’s important to remember that addiction is a disease, Palmer said, and not something anyone should be ashamed of. “Nobody feels shame when they get cancer,” he said.

Restaurants’ fast-paced and tight-knit work environment doesn’t necessarily cause substance abuse, but it creates an atmosphere where it’s more likely to happen.

Philip Speer, a Texas chef who is in recovery for addiction, said restaurants can help de-emphasize that type of behavior by changing long-standing practices.

Take shift drinks, for example—free alcohol offered as a perk for staff at the end of the day. Speer estimated that those drinks can cost an establishment $10,000 to $25,000 a year.

“You take that money and use that for something else,” he said. “The reward doesn’t have to be ‘Here, get drunk.’”

“It’s just changing the culture, and there’s so many ways you can change the culture.” —Philip Speer

Speer’s Austin restaurant, Comedor, is a working example of what small cultural shifts can look like. Instead of buying shift drinks for staff, Comedor used the money to buy season tickets to Austin FC soccer games.

It also has a running club, hosts free yoga classes and is the hub for the Austin chapter of Ben’s Friends, of which Speer is president.

“It’s just changing the culture,” he said, “and there’s so many ways you can change the culture.”

Cultural changes could go a long way in easing the industry’s substance abuse problem. But there are even more concrete things restaurants can do to help. Learning how to counteract a drug overdose is one of them.

An innovative program in the state of Delaware is looking to help them do just that. The state’s Restaurant Accolade Program teaches restaurant workers the signs of an overdose and how to keep the victim alive. It grew out of research that found 10% of the Delaware residents killed by opioids in 2017 worked in foodservice.

The program has three levels, which range from teaching staff how to recognize an overdose and how to use Narcan, an opioid antidote, all the way to working with restaurant management to create a program for systematically dealing with substance abuse.

As of June, about 30 restaurants had signed up for Delaware's overdose response program.

High 5 Hospitality, a Delaware-based Buffalo Wild Wings and Jersey Mike’s franchisee, was quick to sign up for the program, even though it has never had to save an employee from a drug overdose.

The company “wants to provide an environment where if someone walks through the door with a problem, we’re prepared,” said High 5 HR Director Lori Ewald. Plus, “when our teams go home at night, you never know what’s waiting for them, what their situations are.”

High 5’s first Restaurant Accolade training drew in about 20 staffers. “It was the most I've seen them engaged in a training,” Ewald wrote in an email to Restaurant Business.

Even though employees might not have had a problem, they could relate because of relatives and friends who did, she said. High 5 plans to roll out the program to all of its locations.

Know your resources, and offer them to staff

There is only so much restaurant operators can do by themselves to combat the complex issues of addiction and mental health among employees. But there are many outside resources that can help.

The first step is knowing what’s out there. “I think it’s very, very important to arm yourself with knowledge,” said Palmer of Ben’s Friends.

Chefs With Issues, an organization devoted to helping food workers deal with anxiety, substance abuse and other challenges, is a good jumping off point: It has an extensive list of resources for restaurants and employees.

To start, restaurants can do something as simple as post some of those lifelines on the employee bulletin board, Palmer said.

“I do have hope because I do see the transformations that people go through. I do see the changes.” —Aynisa Leonardo

But operators, including Palmer’s Indigo Road Hospitality Group, are also investing in services such as mental health counseling and offering them as part of their benefits.

At Chili’s and Maggiano’s, employees have access to free counseling services with professionals who are trained in dealing with substance abuse. It’s part of owner Brinker International’s Be Well program.

The Cheesecake Factory also offers free mental health care, and earlier this year became one of the first restaurant companies to offer a virtual alcohol and opioid addiction program through one of its medical plans. It also offers 30 days of alcohol or drug rehabilitation leave every 12 months.

Despite the significant hurdles that stand in front of restaurants aiming to conquer substance abuse, experts say they’re optimistic.

“In my career, I’ve seen major changes,” said Aynisa Leonardo, senior director of business development for Wellbridge, an addiction recovery center in Calverton, N.Y. “Stigma are still out there. Even with all of that, I do have hope because I do see the transformations that people go through. I do see the changes.”