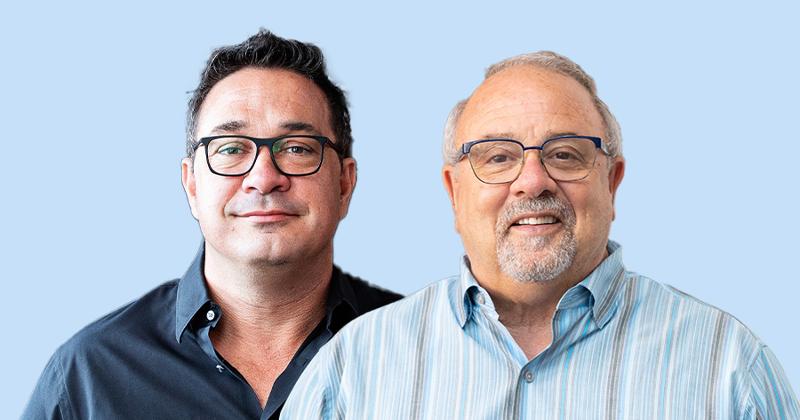 Plugged in as they were to the Charleston, S.C., dining scene, they knew about the three young chefs who’d capped their stellar culinary performance at the city’s celebrated food and wine festival with a night of hard drinking and drugging. All three would die of overdoses. They ranged in age from 24 to 35.

Things turned even more personal for Palmer in late 2016. Needing help to keep a planned restaurant opening on track, he’d recruited Ben Murray to join the team.  A seasoned pro, Murray put in 16-hour days for a solid six-week run, then suddenly stopped coming to the site.

Palmer went to Murray’s hotel room but couldn’t get the chef to open the door.  Palmer didn’t push it, though he’d later regret that decision. Murray would end up killing himself, unable to cope with his addictions.

Palmer and Bakst decided they’d had enough of the industry’s attitude that getting wasted was just what you did after a hard shift. It was a given of the culture, just like keeping your fears and any inner turmoil to yourself. What wimp is going to whine about loneliness or feeling overwhelmed by life? Have a few shots and a couple of lines, pull yourself together as best you can the next morning, and then do it all over again.

Hell, Palmer and Bakst had lived that life themselves until they realized alcohol was killing them.

After Murray’s death, the two went to the local Charleston media to announce they would hold a meeting for the city’s tight-knit restaurant community. Anyone who was tired of the afterwork binging could drop in to talk about their struggles against that lifestyle and the personal issues that made it so tempting.

They called the group Ben’s Friends.

“For that first meeting, 23, maybe 25 people showed up,” recalled Bakst.

Word spread, not only through the immediate area but to other renowned restaurant cities (a Chicago chapter is starting up as you read this). Clearly the duo weren’t the only industry vets to believe there had to be a better way of coping with the unrelenting intensity, long hours and unconventional schedules posed by restaurant work.

Today, there are 19 chapters of Ben’s Friends, a non-profit group held together by a shared commitment to staying sober, not membership cards or monthly dues. Most hold two meetings a day—one for men, one for women. Participants can also participate virtually through national Zoom conference calls.

Two meetings will be held daily in McCormick Place during the National Restaurant Association Show—noon and 5 p.m. during all four days of the show, in room E265 of Lakeside Center.

On first flush, Ben’s Friends might seem like an industry-centric version Alcoholics Anonymous, or A.A., but that’s not the case, said Bakst.

“We’re a community, not a program. A.A. is a program,” he explained.

It’s not as if he and Bakst have an issue with A.A. “We both would not be alive if it were not for A.A.—no if’s, and’s or but’s about it,” Bakst said of himself and Palmer. “A.A. saved my life, and Steve would say the same thing.”

Bakst has logged 40 years of sobriety. Palmer has been sober for 21 years.

But there are aspects to A.A. that may not make it ideal for people in the restaurant industry. For one thing, Bakst was advised to drop out of the  business because of the temptations that abounded to drink. And that was a no-go for him, an admitted lover of the field. (He recently retired to work full time on Ben’s Friends.)

The industry’s workforce also tends to be young—far younger than the participants he’d see at A.A. meetings, Bakst recalled.

“What we wanted to do was start a community where people could not only share their experiences and problems, but they could also share about their lifestyles,” Bakst said.  “We get off work at 11 o’clock at night, and there’s nowhere to go except for the bottle and the pills. We wanted to create a community that understood the language of restaurants.”

“The guiding principle of Ben’s Friends is unconditional community.”

One of the ways the group differs from A.A. is in allowing participants to talk openly about the group. “We’re not anonymous—we don’t hold to that principle of A.A.,” Bakst said.

Still, Ben’s Friends champions A.A. Participants in the industry group are encouraged to follow the 12 Steps, the progressive movement toward a sober lifestyle and the heart of A.A.  Ben’s Friends’ also follows the larger group’s principle of not encouraging a mingling of the sexes at meetings.

“There isn’t an addict you know or I know who isn’t addicted to other things. Let’s be frank: Sex is one of them,” Bakst said. "It’s difficult for people to talk about certain things in mixed company.”

At age 70, he’s now retired and devoting his time to Ben’s Friends. Palmer runs The Indigo Road Hospitality Group, the operator of 28 restaurants ranging from sushi places to steakhouses. Indigo’s holdings are located as far afield from its Charleston headquarters as Iowa.

Ben’s Friends is a giveback, not a job. “We never anticipated it growing to what it is today,” said Bakst. The group is supported by donations, including from the liquor industry.

Ironically, said Bakst, the group got a lift in participation after the tragedy of Anthony Bourdain’s death. The celebrity chef and TV star took his own life while on location to do a shoot for a televised program. His battles with substance abuse were no secret to the thousands who read his books or knew him from the industry.

“What we used to do with drunks was throw them out of the business,” said Bakst. “We tossed them. We fired them. We told people we don’t want them back. Anthony Bourdain’s death brought to light the issue of addiction in our industry. It changed the way the conversation is going."

Yet, “we unconditionally still have a huge problem,” Bakst continued. “Look at the drug figures. We had the largest number of drug overdoses in history last year.”

Government data show that drug and alcohol abuse in the restaurant industry outstrips the prevalence evident in every other industry.

“What has gotten better is the openness and the discussion about it,” Bakst said. “The industry is changing. Ben’s Friends is helping.”

Bakst and Palmer are making a presentation, “How to Help a Staff Member Struggling with Substance Abuse,” at the NRA Show on Sunday at 11 a.m. They speak on Monday at 1 p.m. on "We All Know Someone: Tackling Difficult Conversations About Addiction in the Foodservice Industry," Their talks are part of the show’s Fireside Chats series, in the South Hall at booth location 2088.