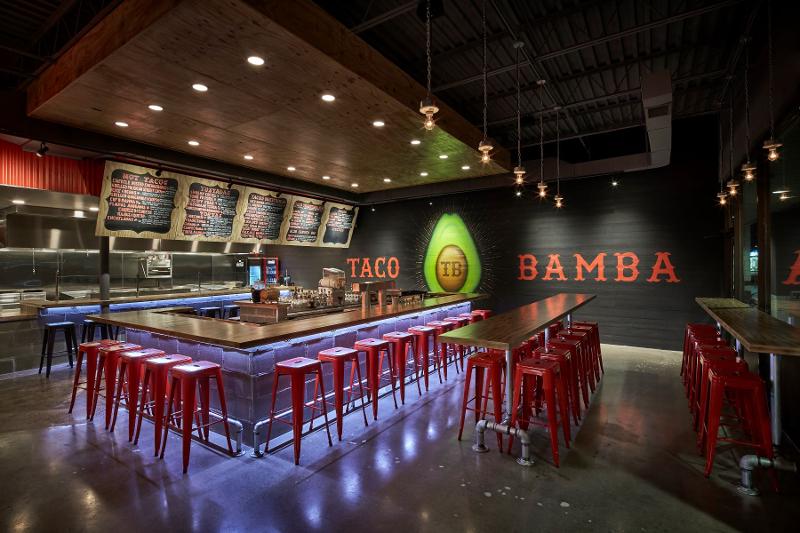 The parent company of Golden Corral has formed a partnership with Taco Bamba, a six-unit fast-casual chain, with plans to grow the concept nationwide.

Details of the deal with Investors Management Corporation (IMC) were not disclosed.

“We weren’t really looking for a partner,” Taco Bamba chef/founder Victor Albisu said. “We just really hit it off. We found an immediate connection and synergy with respect to growth and putting people first.”

Albisu, a James Beard Award-nominated fine-dining chef, launched Taco Bamba in 2013 when a small space became available next to the bodega owned by his mother in a strip mall in Falls Church, Va. Since then, the chain has developed a loyal following for its inventive taco offerings including those featuring ramen, fried chicken and a patty melt. More traditional tacos are on the menu as well.

Since its start, Taco Bamba has added units around Virginia and the Washington, D.C. area. It is slated to open a seventh restaurant in Alexandria, Va., early next year. Future growth will be centered on the mid-Atlantic and East Coast.

Albisu said he’s not ready to talk about potential franchising of his brand.

“We’re not in that stage just yet,” he said.

The pandemic was rough on Taco Bamba, which had a strong dine-in and catering business, but it began selling taco party kits as well as ready-to-cook meats, salsas and tortillas. Some restaurant workers were redeployed as delivery drivers.

“Chef Victor and his team have a deeply authentic approach to people, which is how they build such strong relationships with each other and lasting connections with guests,” IMC President and CEO Stuart Frantz said in a statement. “Victor’s style and approach align beautifully with the IMC philosophy of building enduring, purpose-driven organizations. We are excited to partner with Victor and the Taco Bamba team and we look forward to the decades ahead.”

Albisu said the new partnership will allow Taco Bamba to grow in a variety of ways, not just by adding units.

“It’s growth in all aspects that creates more units,” he said. “I’ve never been more encouraged and full of belief and excitement in the company, the brand and the people … I’m so proud of my team and all the people who’ve been able to bolster this emerging brand. It’s such a labor of love and creativity.”