The details: Willie Degel, former host of the Food Network’s “Restaurant Stakeout,” is the owner of this two-unit, meat-focused, upscale casual-dining concept. Unlike Degel’s three-unit steakhouse concept, this one focuses on a broad menu mix to boost dining occasions and visit frequency.

The backstory: Degel owns two Uncle Jack’s Steakhouse restaurants, located in New York. He opened the first Meat House in New York City in 2017, followed by one in Duluth, Ga., to see if a concept with a menu that’s broader and more affordable than a traditional steakhouse would boost visits. He plans to open his third Meat House later this year in Georgia, with more units planned for Miami and Chicago. The units range from 5,000 to 7,000 square feet and, ideally, have outdoor seating.

Why it’s worth watching: Degel’s building a buzzy brand that’s positioned itself to generate social media attention. (There’s even a “selfie mirror” in the bathroom.) Unlike a steakhouse, often associated with celebrations and special occasions, Meat House fits a wide variety of visit types with a large menu that includes shareable appetizers such as Maine lobster, avocado mini tacos and lamb falafel meatballs; steak burgers; sandwiches; charcuterie; and steaks and chops. “You could come in and close a deal and have a $300 bottle of wine,” Degel says. “You could come in with your wife or just come in with a bunch of girls for appetizers and cocktails. You could come in for lunch and spend $25.” 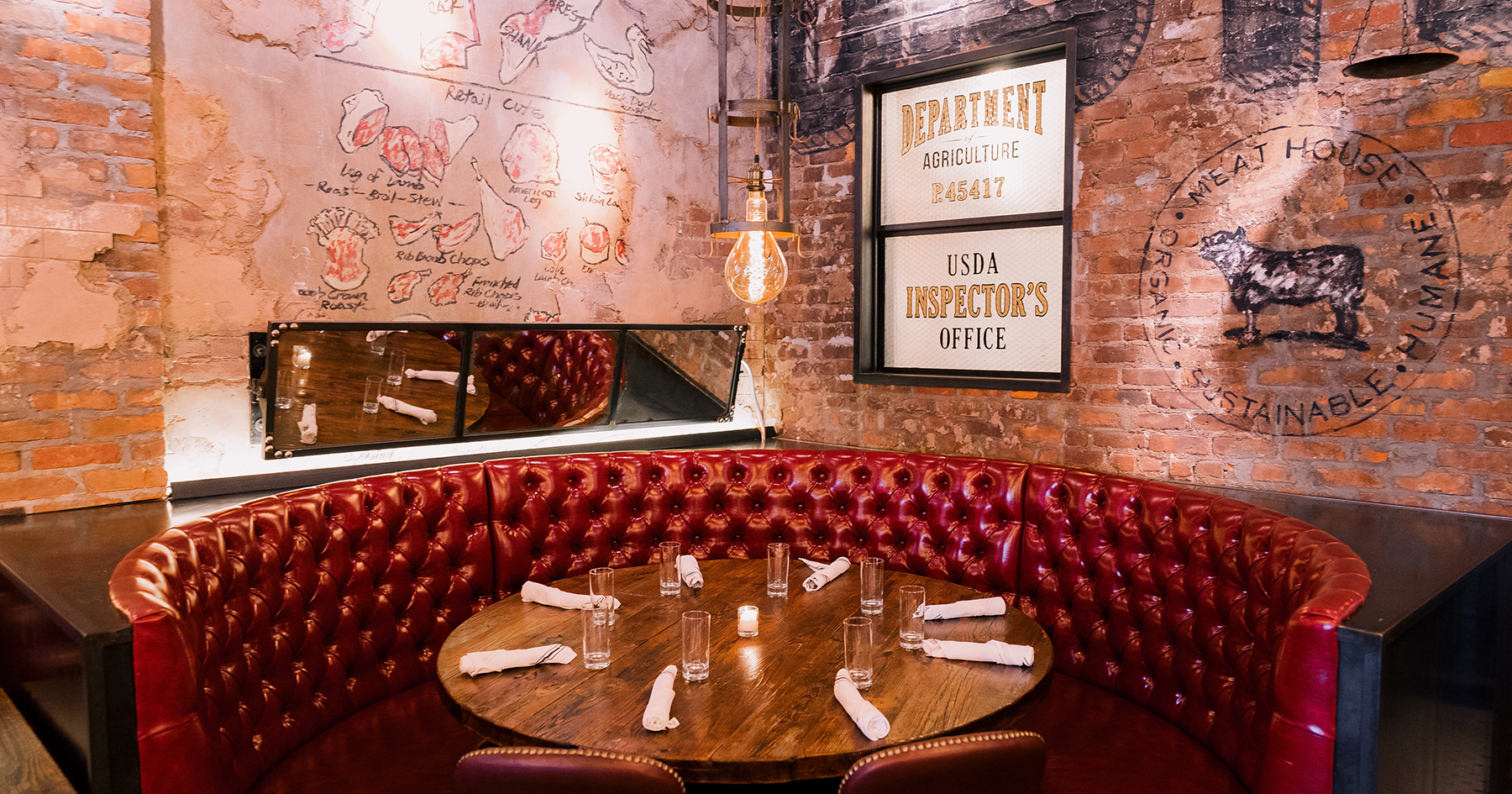 The menu mix is very different. The Meat House gives you those alternatives. Hand-crafted burgers, all-natural meat sourced from a steer farm. Brisket, dry-aged cuts, smoked-in-house brisket sandwiches. We have kobe from Japan, wagyu. We have the diversity. … You could come to the Meat House and have four or five different dining-drinking-entertainment experiences.

That’s not what we do. I say, vegans, God bless you. Open a vegan store next to every one of my places. But the meat eaters aren’t going to go into a vegan restaurant and people aren’t coming to Uncle Jack’s for a vegetable patty. I just don’t see it. People talk about fake meat. That’s all great for the market. There’s alternatives for everybody. But there are millions of people on this planet who like meat.

The energy. The music. The look. It’s very visual. It’s very photogenic. People want to take selfies. We have meatball plates that look like golf ball tees. Everything was thought about. … We’re not a huge delivery place. People want energy. They want entertainment. They’re looking for an experience. We’re all about getting you inside. A lot of people are moving toward it but it’s not what we do.

All of them have to become your working partners. I opened up a subsidiary corporation, a stock-sharing company. All of the key people in all my stores get shares of stock in our company. If we were ever sold or acquired, they would share the benefits of that. You want to keep your good employees. You want them involved. I try to teach them to have a plan, [to ask] where do you see yourself in five years, 10 years?

Years ago, you got a review on Zagat; you got packed because of that. Now, Zagat means nothing to people. We reply back to everyone. We’re only human. We’ll make mistakes, but we’re going to do everything we can to make it right.