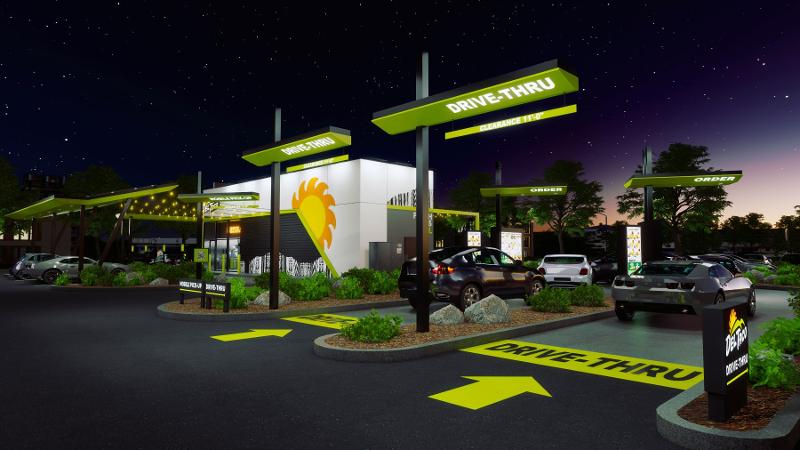 The good fortune was not spread evenly. Same-store sales at franchisee-owned units rose 7.5% in the last three months of 2020. Company-owned restaurants, on the other hand, rose just 0.6%. That’s an unusual, 690-basis-point gap.

The reason, executives said, was regional. The chain has about 600 locations, split about evenly between company and franchise units. But the company’s units are concentrated in markets where sales are particularly weak.

That includes more than 200 locations in Los Angeles and 39 locations in Las Vegas. “It’s a geographic story,” CFO Steve Brake told investors at the ICR Conference on Tuesday. “Our franchisees operate across a broad, 15-state footprint, with 92% of company restaurants being in California and Los Vegas.” He noted, for instance, that same-store sales outside of California rose 9%.

“COVID challenges in California and Las Vegas had an impact on company same-store sales,” Brake said, noting that company restaurants in Atlanta were up in the double-digits last quarter.

Del Taco executives, however, believe that the results from franchisee-owned units prove their case that the brand has staying power and could expand readily with more aggressive sales. CEO John Cappasola called the franchisee performance last quarter “a testament to franchise growth capabilities.”

Executives said on Tuesday that they believe the new “Fresh Flex” prototype, designed to attract more drive-thru and digital orders, could provide enough real estate flexibility to push even more growth in the coming years.

The new prototype “has been well received and we believe it will help attract new franchisees to better position us for accelerated long-term system growth,” Cappasola said in a statement.

Del Taco has largely benefited from the pandemic as consumers shifted toward drive-thru units and other takeout friendly concepts. The company saw a 48% increase in users of its mobile app last year, for instance, while delivery sales increased five-fold.

Delivery represented 6.3% of Del Taco sales in the fourth quarter, up from 1.2% in the same period a year ago.