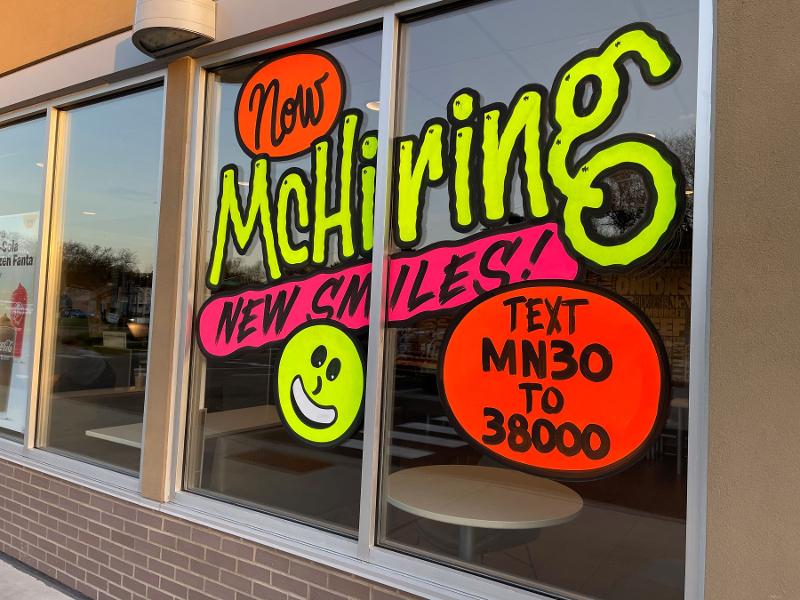 McDonald's USA President Joe Erlinger said the California fast-food wage bill would not be effective because it doesn't affect everyone. / Photo by Jonathan Maze.

McDonald’s on Wednesday took a public stand against fast-food wage legislation in California, lending its substantial voice to the debate over a landmark bill that would give employees a say in setting pay rates at quick-service restaurants in the state.

Joe Erlinger, president of McDonald’s USA, said in a system message that the legislation would create an unfair playing field in the state by targeting quick-service restaurants with 100 or more locations.

Erlinger noted that he supports higher minimum wages for all workers. “When done thoughtfully, fairly and applied across an even playing field, this kind of legislation can be highly effective,” he wrote.

But he said that California’s legislation, AB 257, known otherwise as the “Fast Act,” “will do the exact opposite.”

“That’s because California’s approach targets some workplaces and not others,” Erlinger wrote. “It imposes higher costs on one type of restaurant while sparing another.”

Erlinger also noted that proponents of the legislation believe this could be a model for other states, and “special interest groups are directing money to make this a reality.”

“This should raise alarm bells across the country,” he wrote.

The comments represent a rare public statement on pending legislation by the Chicago-based burger giant, which has typically done its speaking in the background through lobbyists while letting others do the speaking.

Yet McDonald’s is the biggest target of the legislation, which would affect hundreds of fast-food chains that do business in California. McDonald’s has about 1,100 locations in California, more restaurants than it has in any other state. Opponents of the legislation argue that it would force fast-food restaurants to raise prices by 20% to offset the higher wage rates.

The company’s comments will likely spur competitors into adding their voices to opposition to the legislation, given McDonald’s general influence on the overall industry.

The State Senate approved the Fast Act on Monday, following passage of similar legislation by the State Assembly in January. It’s widely expected that the legislation will make its way to Newsom’s desk.

The Senate version targets fast-food chains with more than 100 locations nationwide and creates a panel of stakeholders that meet twice a year to determine fast-food wages. Four of those panelists represent workers and four represent franchisees and franchisors.

Fast-food chains could face mandated wage rates as high as $22 an hour in the first year.

Advocates of the legislation argue that the bill will help ensure that fast-food workers are protected from injury and paid a fair wage.

In his letter, Erlinger said that the legislation has unfair carve-outs and picks “winners and losers.”

“If you are a small business owner running two restaurants that are part of a national chain, like McDonald’s, you can be targeted by the bill,” he wrote. “But if you own 20 restaurants that are not part of a large chain, the bill does not apply to you. For unexplainable reasons, brands with fewer than 100 locations are excluded.

“Even more mystifying, the legislation excludes certain restaurants that bake bread. I can only conclude this is the outcome of backroom politicking.”