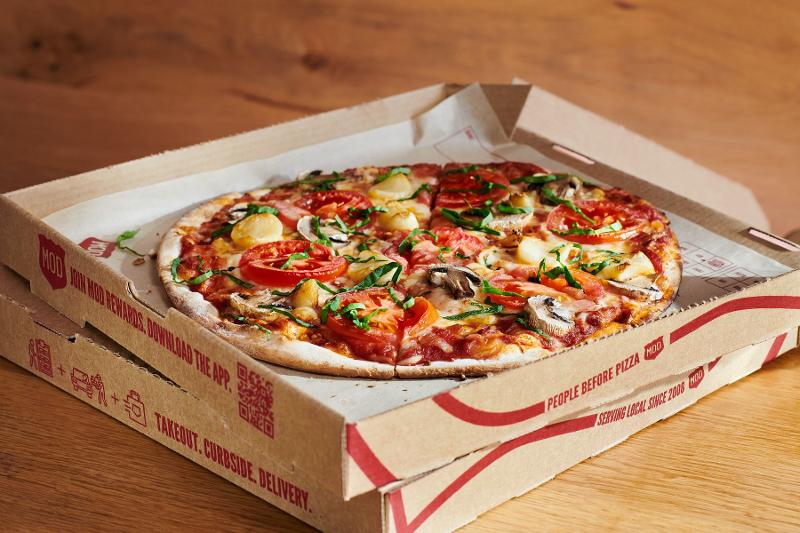 It was just a couple of years ago, months before the pandemic began, that a fast-growing, fast-casual pizza chain was making noises about going public.

The concept had added larger-sized pies to broaden its audience and it was beefing up its digital ordering channels to better compete with the big quick-service pizza chains.

That concept was Blaze Pizza, which has yet to make good on those IPO rumors.

But MOD Pizza, another fast-growing, fast-casual pizza brand on Monday said it had confidentially filed IPO documents with the U.S. Securities and Exchange Commission.

A MOD spokeswoman Tuesday declined to comment further on the filing.

MOD joins seven other restaurant chains that have started or completed the go-public process so far this year, adding its name to a list that includes fast casuals Sweetgreen, Portillo’s and Panera Brands; quick-service chains Dutch Bros and Krispy Kreme; and casual-dining brands First Watch and Fogo de Chao.

Today, there is just one publicly traded fast-casual pizza chain—Rave Restaurant Group’s Pie Five. But Pie Five has hardly been a Wall Street star—far from it. The chain is now down to just 33 locations, cutting 25 units since 2019.

Rave, which also owns buffet concept Pizza Inn, rarely sees its stock price climb above $2 a share and reported total revenue of just $2.4 million for its most recent quarter. The company originally began trading on NASDAQ in 1993 as Pizza Inn Holdings, before opening its first Pie Five unit in 2011. The company became Rave a few years later.

MOD Pizza was founded in Seattle by married couple Scott and Ally Svenson. Today, it has just over 500 locations and has been among the industry's fastest-growing chains in recent years.

It was among the first entrants to the fast-casual pizza segment, with many promising to become the “Chipotle of pizza.”

As MOD notes on its origin story on its website: “The last thing the world needed was another pizza place, but maybe this one could be different. What if everyone could get exactly what they wanted, made fresh on demand, for as little as possible?”

To differentiate from their quick-service counterparts, fast-casual pizza chains were designed with heavy on-premise business in mind.

“The role we imagined MOD to play in any community is a community-gathering place,” Scott Svenson told the Restaurant Business podcast “A Deeper Dive” in April 2020, at the very outset of the pandemic.

Friends and families could gather at fast-casual pizza restaurants, walk down the ordering line to create their personal pizzas and sit together to enjoy them. For many concepts, neither online ordering nor delivery was central to the business plan.

Then March 2020 happened and upended that model.

Last fall, fast-casual pizza concept PizzaRev sold for just $1.1 million. Five years ago, the brand (which counted Buffalo Wild Wings as an early investor) had 44 locations. At the time of the sale to Amergent Hospitality Group, it was down to a dozen stores.

MOD Pizza, by far the segment’s largest, was quick to pivot along with the changing consumer behavior of the past couple of years. It rolled out curbside pickup early in 2020 and signed on with a couple of additional delivery services.

It reported a 5% decline in systemwide sales in 2020, for a total of $461 million, with digital revenue representing about 40% of sales. MOD added 22 net new locations in 2020. In May, the chain celebrated the opening of its 500th store.