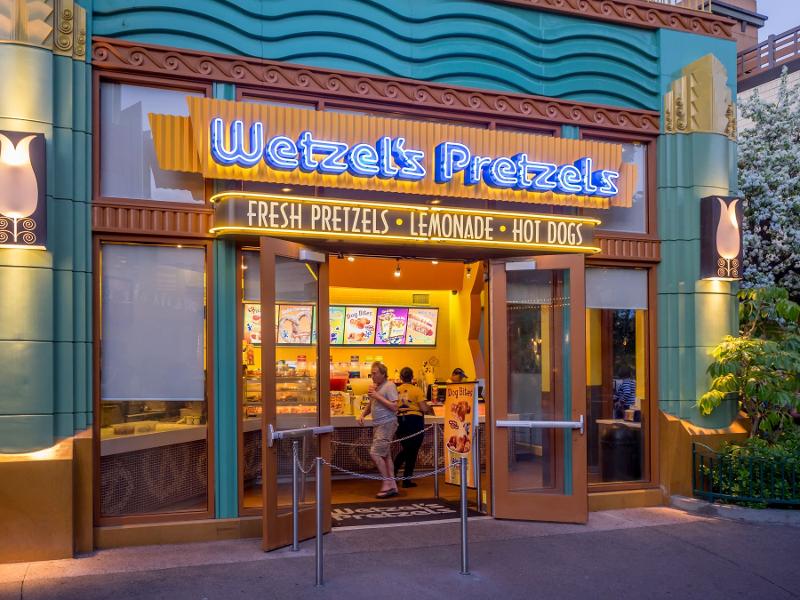 MTY Food Group is going back to the mall for its latest U.S. purchase.

The Canadian brand collector, which made its name through the ownership of dozens of mall-based concepts north of the border, on Tuesday announced the acquisition of the 350-unit Wetzel’s Pretzels for $207 million in cash.

Wetzel’s is 90% franchised and operates locations in 25 states. The company generated $245 million in system sales over the past year, MTY Group said. System sales in 2021 nearly doubled, according to Restaurant Business sister company Technomic, as the malls and tourist areas in which its locations are primarily located reopened for traffic.

“This transaction represents another key acquisition for MTY as it adds another iconic brand to MTY’s U.S. portfolio,” Eric Lefebvre, CEO of MTY, said in a statement. He said the deal “enhances MTY’s footprint in the snack category” with products that “are extremely craveable and recognized everywhere in the U.S.”

It’s the latest in a string of deals for the Montreal-based MTY, which has made a huge push in the U.S. with deals for Cold Stone Creamery owner Kahala Brands and the take-and-bake pizza chain Papa Murphy’s. It’s MTY’s second U.S. acquisition this year, after an earlier deal for BBQ Holdings, the owner of several casual dining chains, notably Famous Dave’s, Granite City and Village Inn.

MTY now gets most of its sales in the U.S. thanks to these deals. The Wetzel’s acquisition will give the company brands with more than 4,200 locations in the U.S. More than 70% of MTY’s system sales will come from the U.S. once the deal is complete.

The acquisition is expected to close in the next 30 to 45 days. MTY plans to finance the deal with cash on hand and funds from its revolving credit facility.