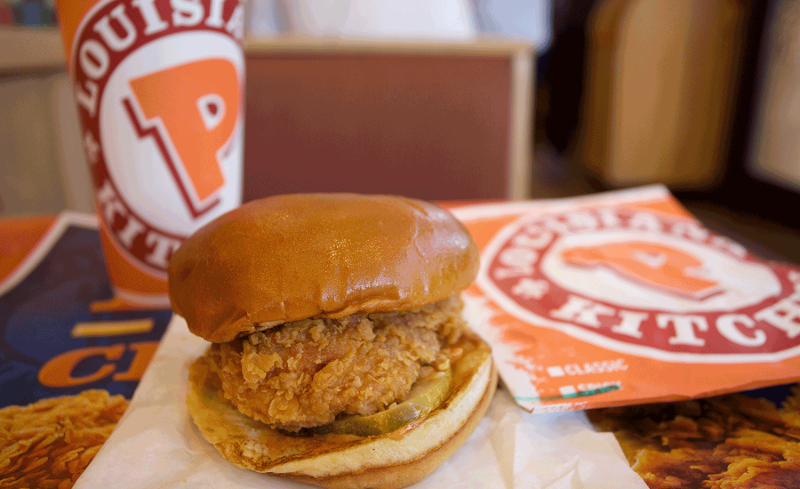 Same-store sales at Popeyes Louisiana Kitchen declined 6.4% in the last three months of 2020, parent company Restaurant Brands International said on Thursday, marking a rare decline for a chain that has been on fire for more than a year.

It’s safe to say that the new product was among the most relevant and popular new products to hit the industry in decades.

Popeyes’ system sales in the U.S. rose more than 20% last year, thanks largely to the chain’s 15.7% same-store sales growth. Domestically, the chicken chain added more than $760 million in sales over the course of those 12 months, even though sales plunged in the second half of March and into April because of the pandemic.

Go back to 2018, however, and the impact of that sandwich is even more dramatic. Over the past two years, system sales at the chain have jumped 42%--up about $1.3 billion total. That’s the equivalent to adding a Bojangles to its system sales over the course of two years.

A lot of that is unit count, which is up almost 11% over that period. And executives on Thursday were quick to point out that the chain has sold plenty of menu items other than that sandwich. “We had success across the menu,” RBI CEO Jose Cil said on Thursday, noting that the company has sold a lot of products for group and family occasions. “We had growth across every category across the menu.”

Indeed, traditional bone-in chicken has proven popular during the pandemic, as reflected in the strong sales of rival KFC.

Yet the sandwich has propelled Popeyes’ unit volumes—they are now $1.8 million, up from $1.4 million in the pre-sandwich days, leading to “record levels of four-wall profitability,” Cil said, and making Popeyes “one of the most exciting and profitable QSR concepts.” That profitability should help further unit growth in the coming years, and Cil said the company expects development from “existing and new” franchisees.

Not surprisingly, Popeyes is now doubling down on its boneless chicken offerings. It jumped aboard the GameStop stock bandwagon recently with an offer for free chicken tenders. It is testing chicken nuggets in a handful of markets, potentially heralding the return of a product that has been off the menu for nine years.

And the company this week introduced a new Cajun Flounder Sandwich, which uses the same bun and the same pickles as the chicken sandwich, except with a piece of fried fish with Cajun seasoning and some tartar sauce.

To be sure, Popeyes will have a lot more competition in 2021. Chick-fil-A—the ultra-successful chicken sandwich chain—is releasing a spicy version of its Grilled Chicken Sandwich. Numerous other competitors, including Church’s, KFC, Wendy’s, McDonald’s and many others, have upgraded chicken sandwiches and have or are planning to hold major introductions this year.

That list includes Popeyes’ sister company, Burger King, which is working on a chicken sandwich of its own that would use fresh, not frozen, chicken. Big franchisee Carrols Restaurant Group first mentioned the sandwich publicly last month.