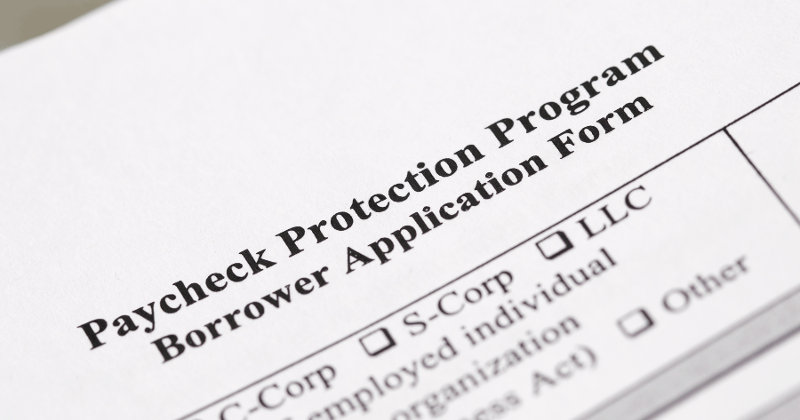 Restaurants who received funding from the Paycheck Protection Program (PPP) may soon learn if their loans have been forgiven. The U.S. Small Business Administration (SBA) began processing applications for forgiveness on Friday, with some lenders already being forwarded funds to cover loans to restaurants and other small businesses under the $670 billion program, according to a spokesman.

Many restaurants who received funds have been awaiting word on whether their loans will essentially be treated as outright grants, with no need to repay the aid. Otherwise, borrowers will be charged 1% interest and expected to repay the principle, which could run as high as $10 million. Loans granted before June 5 carry a two-year term. Loans extended afterward, during the second flight of PPP funding, have a 5-year window. Repayment is deferred for six months.

Some restaurant filers say they reached out to their lenders for a sense of the forgiveness timeframe, only to learn that the financial institutions had not yet been informed of the schedule by the SBA or its parent agency,

The PPP, the major form of assistance extended to small businesses by the federal government, was conceived as a way of helping small-enterprise employers like restaurants keep their staffs on the payroll as the pandemic shut down the economy. To have their loans forgiven, recipients were initially required to spend up to 75% of the funds on employee compensation, and to use the money within eight weeks. Under heavy lobbying by the National Restaurant Association and other industry groups, Congress expanded the use time to 24 weeks, and dropped the payroll requirement to 60%, meaning 40% of the funds could be used for rent or operating expenses.

The program proved an essential lifeline for restaurants. Nearly 50,000 restaurants received loans of at least $150,000, according to an analysis by Restaurant Business. The identities of operations receiving less than that amount were not revealed.

The money was intended for small businesses. But eight of the restaurant recipients rank among the Top 100 chains as ranked by systemwide sales. About a third of the brands ranking within the Top 500 were listed on SBA records as recipients.

All told, restaurants and hotels received 8% of the funds lent by the SBA under the PPP, or about $41 billion in total. Four other industries received a larger aggregate amount.

The average amount provided across all PPP loans was $105,000, according to the SBA. In total, $517 billion was extended via 4.9 million loans, leaving about $135 billion in funding unused.

The start of the forgiveness approval process comes as the fate of the PPP remains in question. A bill passed by the House of Representatives would allocate additional funds to restart the program, which stopped accepting applications on Aug. 8. But the measure hit a brick wall in the Senate.

On Tuesday, President Trump directed White House subordinates to cease negotiations on a compromise measure until after the election. After winning a second term, the president said, he would immediately push through an aid package that helps small businesses.

Last night, Trump tempered his opposition to some forms of federal aid. He tweeted, "The House & Senate should IMMEDIATELY Approve 25 Billion Dollars for Airline Payroll Support, & 135 Billion Dollars for Paycheck Protection Program for Small Business. Both of these will be fully paid for with unused funds from the Cares Act. Have this money. I will sign now!"

Some supporters of a re-up have favored a refunding of the PPP through a separate and less-controversial bill that Congress might be willing to pass before recessing for the election.