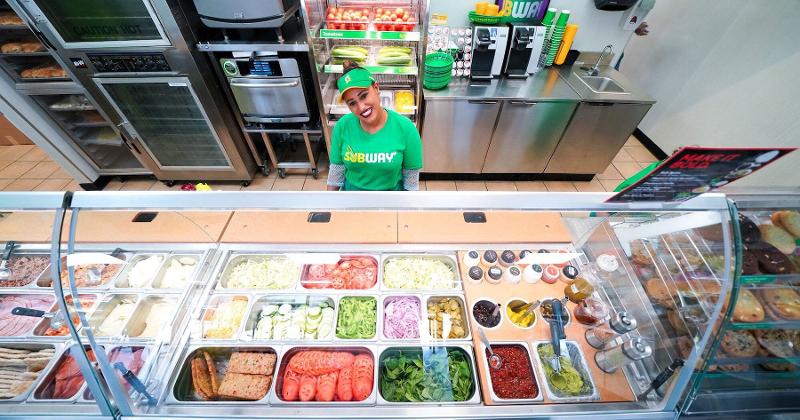 Shortly after 300 people were told they no longer work for Subway earlier this month, new CEO John Chidsey held an employee meeting at the company’s Milford, Conn., headquarters to explain his rationale and the company’s overall strategy.

According to a source, Chidsey told workers that the layoffs weren’t necessary for financial reasons, but were done to give the company a sense of urgency about what it needed to do: Reverse a brutal, seven-year slide that has hammered the company’s operators and shrunk the chain to its smallest size in more than a decade.

While acknowledging the difficulty of such a mass layoff, Chidsey told employees it was a necessary step to change the company’s culture and get it to act more “entrepreneurial” and more like “old Subway,” according to a source.

Almost immediately thereafter, however, Chidsey received a lesson in the challenges associated with the brand he’s tasked with fixing.

Subway is planning to offer a buy one, get one offer for its footlong subs starting next month. Customers who order a sub online or through the chain’s mobile app can get another one for free.

Yet franchisees, who operate all of Subway’s nearly 24,000 U.S. restaurants, have pushed back against the offer.

The deal provides an important clue about one of Chidsey’s priorities for Subway: digital sales. The company wants to increase the use of its digital channels, an area in which Subway has lagged in recent years even as it spent millions to develop its digital infrastructure.

Yet operators, wounded by years of falling sales and traffic and closing an average of three U.S. stores a day for the past two years, are resistant to discounts and their potential effect on profitability.

It echoes a similar pushback from operators in late 2017 over a renewed footlong offer that led to a near revolt from franchisees.

Six months later, Chidsey’s predecessor, Suzanne Greco, resigned, and the company went through a long period under an acting CEO as it searched for a permanent replacement.

Subway’s same-store sales increased last year, according to a source, but they’ve largely declined since 2013, and the chain has seen traffic fall in seven consecutive years.

That period has coincided with the shift away from the $5 footlong offer that carried the chain through the recession and the end of the company’s relationship with former spokesman Jared Fogle, which unfolded in the worst way possible. That also brought an end to Subway’s health-centric campaign. Company co-founder Fred DeLuca died in 2015.

Subway has struggled to regain its marketing footing, and declining sales coupled with rising costs have hit franchisees hard. The company shrunk by another 1,100 locations last year and has nearly 13% fewer units now than it had in 2015. System sales were expected to fall below $10 billion this year, according to Restaurant Business sister company Technomic, which also expected Subway to fall out of the top five on its list of the highest-grossing restaurant chains.

With so many operators closing their doors, and existing franchisees under greater financial pressure, discounts more frequently generate pushback.

That said, Chidsey told employees that franchisee profitability is paramount to Subway’s turnaround. Chidsey also views improved marketing as a key element in the turnaround, given that he has taken control of the company's ad fund to give the company a stronger national voice.

Chidsey’s hiring last year was somewhat unexpected. The 58-year-old had largely been out of the limelight and hadn’t led a restaurant chain since he left Burger King in 2010, following that chain’s sale to private-equity group 3G Capital.

His arrival came amid a number of massive changes at the world’s largest restaurant chain by unit count. The company overhauled management ranks, resulting in the departure of some executives who counted their tenures in decades. It started experimenting more frequently with the menu, testing everything from Beyond Meat meatballs to Halo Top shakes. It also began requiring operators to go before a committee to try selling their stores before closing them.

The layoffs, however, were the biggest change. Many employees were shocked by the move and expressed anger at being laid off.

Local police arrived at Subway headquarters at 8:30 a.m. to ensure the mass departure was orderly, yet it proved to be a shock for many of the chain’s employees to see their co-workers leave. The Subway layoffs have not yet appeared on the state’s listing of layoff notices mandated by the federal WARN Act.

Employees were given severance payments and connected with job placement services.

Layoffs are not uncommon at restaurant chains in need of a turnaround. Chidsey’s old chain slashed staff in the aftermath of its sale. McDonald’s, meanwhile, cut staff in the years following the 2015 hiring of former CEO Steve Easterbrook and then moved to downtown Chicago, in part to change the corporate culture.

The companies believe reducing staff can speed decision-making, an important component in a competitive landscape.

And getting new blood into a company in need of some energy can work. “He’s going to be able to get fresh faces in,” John Gordon, a restaurant consultant out of San Diego, said of Chidsey. “And fresh faces are exactly what you need.”

As for whether Subway can make its comeback, that remains to be seen. There are certainly examples of restaurant chains that were in seemingly impossible positions only to come roaring back.

Domino’s, for instance, was a popular subject of bankruptcy speculation articles more than a decade ago before its comeback. Arby’s was badly struggling before it was sold to Roark Capital.

And Chidsey’s old chain, Burger King, has thrived since its sale to 3G Capital.