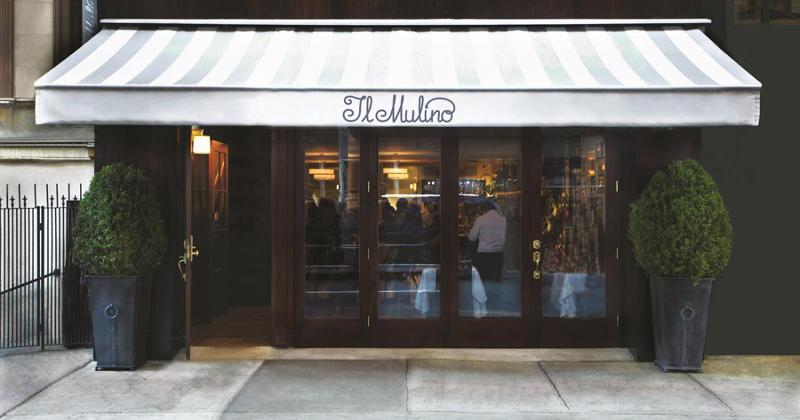 The upscale Il Mulino restaurant chain has filed for Chapter 11 bankruptcy protection for seven of its 16 branches in what the brand’s chairman describes as a chess match to keep the operation’s principal creditor from seizing control.

The chairman and manager, Gerald Katzoff, alleges in the bankruptcy filing that the lender, BSP Agency, which he describes as a holding of the hedge-fund manager Franklin Templeton, purposely held back capital that Il Mulino needed to sustain operations that were undercut by the coronavirus pandemic.  The documents say that Il Mulino’s deal with BSP called for a loan of $30 million, due June 2020, with $21 million provided upfront and the remaining $9 million to be drawn by the chain as needed.

“BSP did not allow Il Mulino access to the additional undrawn amounts the company needed to grow  and, instead, dribbled out additional amounts totaling $5 million in a manner that was not in accordance with the intent of the loan agreement or the business plans advanced by management,” Katzoff asserts in the filing. Without that infusion to sustain operations, he contends, the chain was unable to generate the proceeds needed to repay the loan in full.

Katzoff says he was encouraged by BSP to seek a forgivable loan through the federal government’s Paycheck Protection Program (PPP), as well as to press insurers for business-interruption coverage. Il Mulino succeeded in landing a $2.3 million loan through the PPP.

At that point, alleges Katzoff, BSP started involving itself in the company’s operations with an eye toward taking control. In his view, the lender intended to use the PPP funds to run Il Mulino after wresting control. He termed it “a ‘debt’ to ‘equity’ conversion play that blocked management of the chain from righting operations.

Seven Il Mulino branches “have commenced these chapter 11 cases in order to curtail those efforts and to further explore various restructuring alternatives,” the company said in the July 28 filing. Six of the seven have remain in operation.

An online search for BSP Agency found no website or other source of contact info available for the company. Franklin Templeton did not respond by posting time for a request for comment or other input.

Most of the restaurants seeking protection from creditors are located outside the high-end brand’s home market of New York City, where it has five stores. Specifically, the filing units operate in Las Vegas, Miami Beach, Puerto Rico, Atlantic City (two locations) and the suburban New York towns of Roslyn and East Hampton.

Excluded from the filings are the restaurants in Greenwich Village, Tribeca, Soho, Gramercy and the Upper East Side areas of Manhattan.

The original Il Mulino, on West 3rd Street in Greenwich Village, opened in 1981 and quickly became a dining landmark often cited as the best Italian restaurant in the city. All of the restaurants feature authentic dishes from the Abruzzo area of Italy.