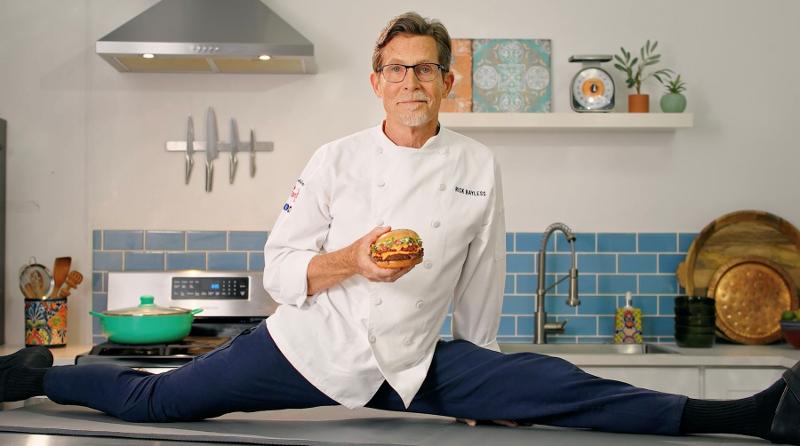 Editor's note: Restaurant Business is making this piece available for all readers. To get access to more of Nancy Kruse's posts and other in-depth content, subscribe to RB Plus. Register using the code MAZE22 to get a free month.

Back in its salad days, when the restaurant business was establishing itself as both a powerhouse industry and an indispensable part of Americans’ lives, entrepreneurs with dollar signs in their eyes rushed to market with operations that put celebrity names over the door.

Such spots included Minnie Pearl’s Chicken, a 40-unit chain named for the Grand Ole Opry star; Here’s Johnny, which tied its 302 franchises to the late-night TV titan; and Mickey Mantle’s Country Cookin’, an 11-unit operation of which the Yankee slugger was chairman of the board. More prolific and with a more diversified portfolio, Mickey Rooney, a popular film actor of the 1940s, put his moniker on Weenie World, Star Bar B Q and Potato Fantasy.

Most celebs had little to no involvement in their eponymous operations that dotted the landscape in the 1960s and ‘70s, though Mantle had the dubious distinction of creating the advertising slogan, “To get a better piece of chicken, you’d have to be a rooster.” Despite their famous connections, these and other star-powered restaurant vehicles were typically short-lived and frequently made their exits trailing lawsuits and bankruptcies in their wakes.

Modern times. Flash forward to the 21st century, and the marquee names luring diners are more likely to be chefs. The culinary revolution that drove the meteoric rise of food media and education also elevated and glamorized the profession and made its practitioners into stars.

For proof of their drawing power, look no farther than Las Vegas, where customers can’t throw a stone without hitting venues trading on the name recognition of television favorites like Giada De Laurentiis and Gordon Ramsay or Michelin luminaries like Guy Savoy and Alain Ducasse.

Of much broader reach and impact, however, are limited-time alliances between chains and chefs, a tactic that has been picking up steam in the mass market over the recent past. These provide the proverbial win-win-win by building buzz, driving traffic to the store and boosting the image of the chef; and some operators are making them a regular feature of their promotion calendars.

The Chef Collaboration Series from Los Angeles-based hot-dog specialist Dog Haus is an annual program that partners with high-profile chefs from around the country. Last autumn’s The Big Easy, for example, tapped the talents of Isaac Toops, noted Cajun chef and Louisiana-bred restaurateur, who combined spicy Creole chaurice sausage, a first cousin to chorizo, with caramelized onions, pickled jalapeños, spicy brown mustard, mayo and scallions on a King’s Hawaiian roll.

On the East Coast, the ongoing guest-chef series from Black Seed Bagels in New York City is led by the chain’s James-Beard nominated executive chef, Dianna Daoheung, who connects with local blue-chip brands like Eleven Madison Park and Gramercy Tavern. A recent promotion with Momofuku’s culinary team yielded The Morty, a bagel twist covered in everything bagel seasoning and stuffed with mortadella and cheese.

Better-burger meisters are getting in on the action, too, as with Smashburger’s Chorizo Cheeseburger by Rick Bayless. Created by the Mexican cuisine authority, the special featured a Certified Angus Beef patty topped with pork chorizo, Cheddar, jalapeño pico de gallo, lettuce and mayo on a toasted chipotle bun.

Last year alsosaw the debut of “Now Serving: A Collab Series by Shake Shack,” which works with independent chefs in various cities to create limited time offers specific to those communities. Chef JJ Johnson of New York’s FIELDTRIP was featured in September, when his Lil J’s Burger consisted of a Gruyère cheeseburger with braised bacon, onion mayo, lettuce and tomato on a toasted potato bun. The burger was paired with Curry Crunch Fries, which he dusted with his signature curry crunch over Shake Shack’s classic crispy crinkle cuts. 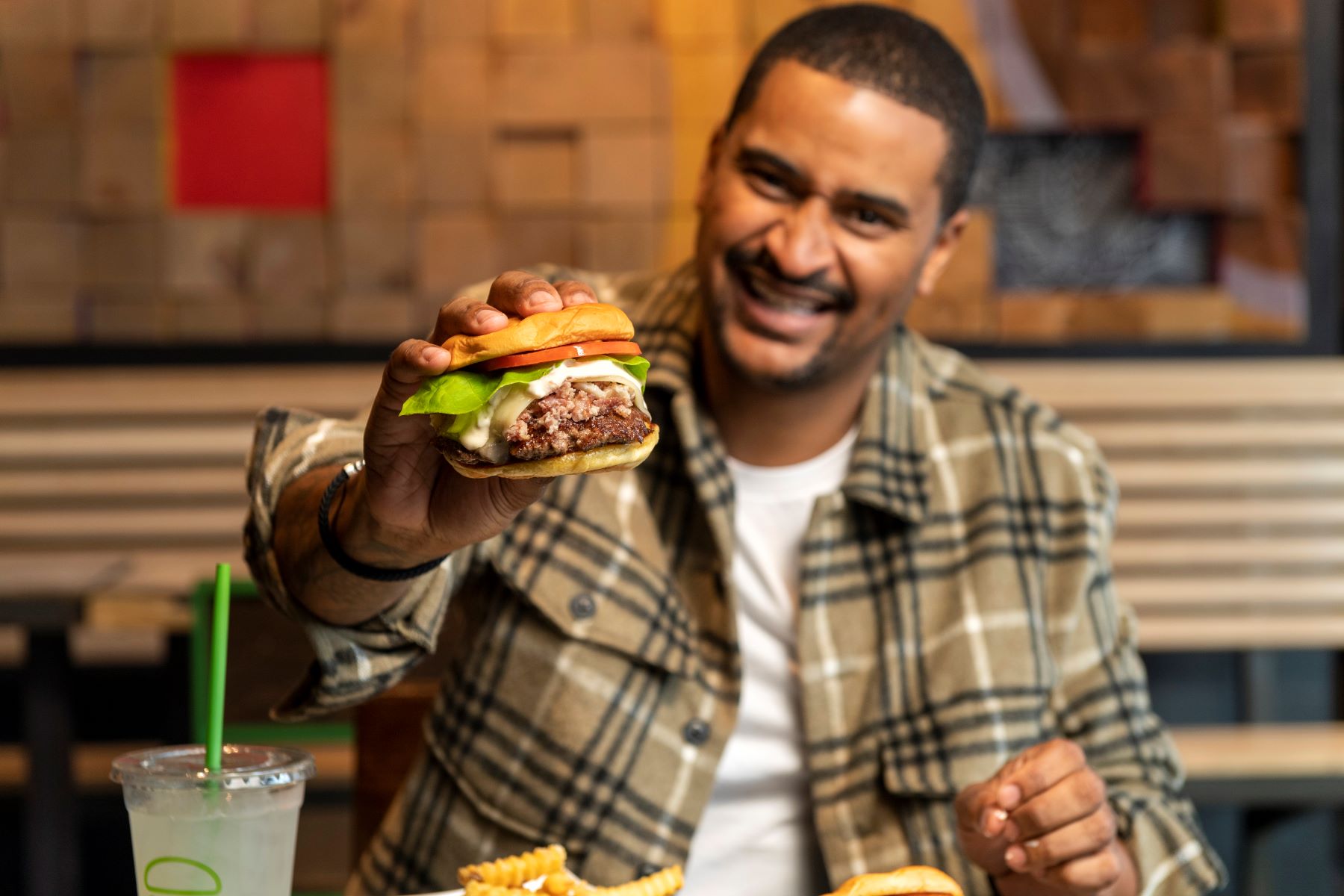 Doing good. A notable feature of many latter-day culinary partnerships is a charitable component, a strategy that benefits the recipients and garners positive publicity for the sponsoring chains. These are also a potent draw for values-driven Millennial and Gen Z diners. Dog Haus reported that its recurring chef specials had raised more than $200,000 for its national charity partner, No Kid Hungry. Johnson threw his support behind Rethink, a non-profit that creates a more sustainable and equitable food system and is active in his Harlem community. And Smashburger locations nationwide encouraged guests to donate to the Frontera Farmer Foundation founded by Bayless to support small, sustainable farmers in the Midwest; the chain matched each guest donation with the end goal of raising $75,000.

Bright future. More chef partnerships are in the offing. Thai-Chinese chef and TV personality Jet Tila recently signed on as a minority partner with Pei Wei Asian Kitchen, where he plans to spiff up and expand the Pan-Asian menu. Upscale casual chain Cooper’s Hawk, noted for its wildly popular wine club, announced a new restaurant concept called Esquire by Cooper’s Hawk in Chicago; it will feature a Chef-in-Residence program with notables like Tom Colicchio and Carla Hall, both television vets and experienced restaurateurs.

Other sectors of the food industry are getting on board as well. Farmer’s Fridge, the new-age vending operator that offers a better-for-you menu of salads, bowls and healthy snacks, has worked with name-brand chefs like Andrew Zimmern, Stephanie Izard, Michael Solomonov and Sean Brock. Earlier this year, Chobani Foodservice announced a Culinary Coalition Program that will tap the talents of several culinary and coffee professionals to provide ideas and inspiration to its customers.

Star power. Restaurants that bank on sports and entertainment personalities are not extinct, of course.  Michael Jordan’s Steak House trades on his legendary NBA career in four locations, which boast items that are “Artfully crafted. MJ approved.” The Miami music mogul has jumped into the chicken wars with Another Wing by DJ Khaled. Promising boat-side jet-ski delivery for nautical noshers, the operation, which is run in cooperation with Reef Kitchens, claims to be the first restaurant to ever launch on three continents at once. And McDonald’s opened the promotional floodgates with its Travis Scott Meal Deal. Launched in September 2020, it netted the rapper $20 million according to Forbes, boosted the chain’s cool factor and unleashed similar partnerships across a host of chain competitors.

For sheer gastronomic chutzpah, however, it’s hard to beat Mom’s Spaghetti, which opened last fall in Detroit and popped up in Los Angeles over Super Bowl weekend. Based on Eminem’s mega hit and enduring earworm Lose Yourself, the title dish is memorably regurgitated on the sweater of the nervous, sweaty-palmed rapper. This inauspicious association notwithstanding, reviews of the fast-casual operation have generally been kind, especially for the carb-heavy ‘Sghetti Sandwich, which is simply spaghetti smushed on garlic toast.  Similar items had a brief menu moment just prior to the pandemic, appearing first at late-night and stoner bars before being picked up in other operations as a brunch special.

Menu  News  State of the Plate