The former CEO of Krystal will take over management of the 179-unit Tex-Mex chain “effective immediately.” 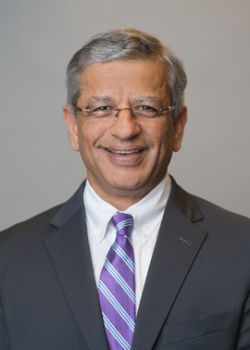 In a statement, he called Taco Bueno an “iconic brand with a deep heritage and passionate fans, a fresh menu and a business model that aligns well with what customers want today.”

Janjua has a lengthy background at various restaurant chains. He had been the CEO at Krystal for more than three years and before that was president at Sonic for more than five years. In previous stops, he was a chief operating officer with Steak ‘n Shake and spent years with Pizza Hut.

Taco Bueno is based in Irving, Texas, and has locations in four states. Most of its 179 locations are company-owned, though it does have some franchise locations.

The chain generated just more than $200 million in system sales last year, according to Technomic data. Average unit volumes were $1.1 million in 2017, up 2.3% from the year before.

Earlier this year, Taco Bueno added several new menu items, including a new queso recipe and new Tex-Mex Platters such as the Cheesy Fajita Chicken Chilada Platter. The company also announced combo meals for under $3 with its Pick 3 for $2.99 menu.

The new items were part of an effort to “focus on its core business” of Tex-Mex for lunch and dinner.

Taco Bueno is owned by the private-equity group TPG Capital. Janjua takes over for Mike Roper, who had been CEO since 2015, the year TPG bought the chain.

What happens to outdoor dining in fall and winter?

Restaurant chains use the pandemic to hack off weak stores

Starbucks, Dunkin’ and McDonald’s have a common problem: Fewer commuters