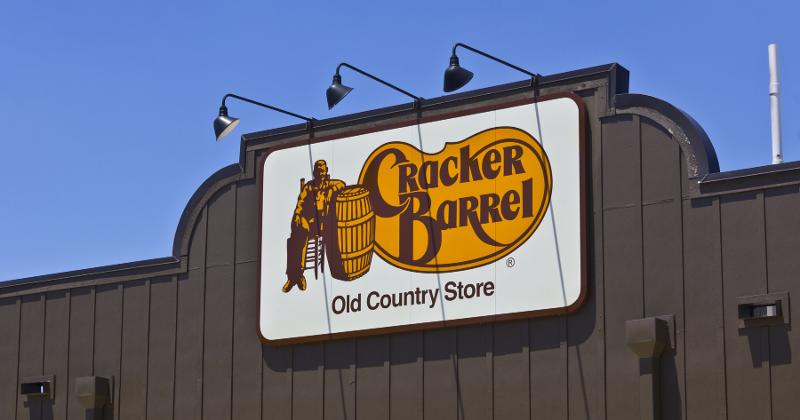 Delivery and takeout have become as important as table turns for casual-dining chains since the pandemic began. And while Chili’s and Applebee’s have snatched a lot of headlines with their off-premise efforts, Cracker Barrel has been as active as anyone in developing its to-go business.

Takeout and delivery accounted for 20% of the chain’s sales in its fiscal first quarter, a number that has not changed much even as customers started returning to its dining rooms. It has doubled down on the channel with a pair of virtual brands as well as its first ghost kitchen, all of which it views as ways to generate incremental sales.

“The strategic intent behind it was to appeal to guests who would otherwise not be coming into a restaurant, who might be shopping for a certain type of food instead of a brand, and who we believe would be a completely incremental piece of business,” said CEO Sandra Cochran on an earnings call with investors Tuesday.

Its first virtual brand, Chicken n’ Biscuits, is now in about 500 of its 664 restaurants. The menu consists of fried chicken, biscuits and sides, available for delivery or pickup through DoorDash, Uber Eats and Grubhub. A second virtual brand, called Pancake Kitchen, is in 100 locations. Cracker Barrel believes the brand can help meet unmet demand for breakfast delivery in certain markets with a limited menu of pancakes and a few breakfast sides.

Also, at the end of last month, Cracker Barrel opened its first ghost kitchen, in Los Angeles, serving a pared-back menu of signature dishes as well as the two virtual brands.

Executives said it’s too early to share many details about the digital properties’ performance, other than that sales have been “promising” so far. The two brands were rolled out late in the quarter and hit some supply chain and technology snags in the process. Cochran noted that it was hard to get chicken tenders for most of the period, for instance.

Now the chain is focusing on optimizing the brands’ menus and identifying additional restaurants where they could work.

“We'll be adding items with a big focus on adding beverages to make sure we can maximize sales, maximize margin on those,” said CMO Jennifer Tate.

The Lebanon, Tenn.-based chain doesn’t expect the brands to help margins with their value-driven offerings so much as generate sales, Cochran said. Third-party delivery fees make the orders inherently more costly for the company. But the Los Angeles ghost kitchen, for instance, is the only Cracker Barrel outlet around.

“That, again, is 100% incremental for us, because it gives us a chance to reach guests in urban areas like Los Angeles where we have no Cracker Barrels nearby,” Tate said. The chain plans to open more ghost kitchens in LA and other urban areas where it couldn’t otherwise go.