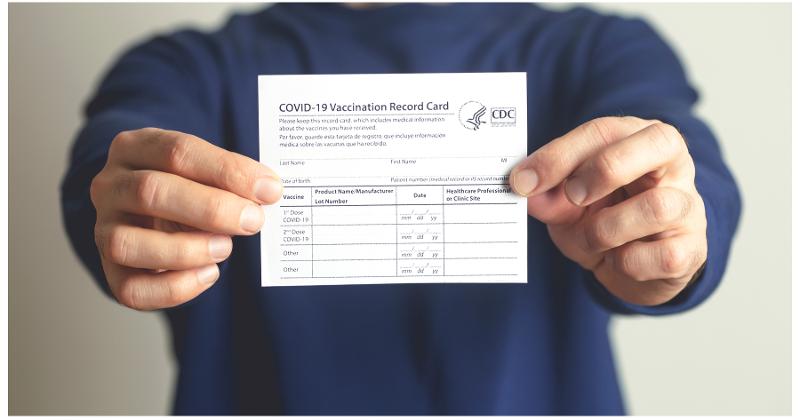 While restaurants await details on President Biden’s national vaccine mandate, Seattle and several other sizeable markets are pushing ahead with inoculation requirements for dine-in customers.

Meanwhile, many eyes are on California, where Gov. Gavin Newsom has just survived a recall election scheduled in part because of his handling of the pandemic in the nation’s largest restaurant market. The governor has embraced limited mandates on certain sectors of the population. Some expect him to push for a universal requirement now that he’s won what’s seen by many political pundits as a validation of the Democrat’s aggressive approach.

The public health department serving Seattle and King County, the surrounding jurisdiction, issued an order Thursday that any patron looking to dine indoors will need to provide either proof of inoculation or negative results from a COVID-19 test taken in the prior 72 hours.

Restaurants have the option of providing instant COVID tests to meet the testing standard.

The measure takes effect Oct. 25 at restaurants and bars with more than 12 seats. Smaller establishments have been given until Dec. 6 to comply.

The directive does not extend to restaurant employees, a departure from the set-up being used in New York City and elsewhere. But the health department is encouraging the workers to voluntarily opt for the shots.

The new protocol does not pre-empt a city and county requirement that everyone in an indoor public space wears a face mask.

Significantly, the measure does not require customers with proof of vaccination to also show identification, lessening the verification process and eliminating a possible point of friction between restaurant employees and would-be guests.

But the proof must show that the individual has been fully vaccinated and not the recipient of just one Pfizer or Moderna shot, the threshold set by New York City’s vaccine mandate. New York Mayor Bill de Blasio has indicated that a potential restaurant customer in his city can get a shot in the afternoon and go out to dinner in a restaurant that night.

In both cities, any consumer under age 12 is exempted from the mandates. The proof of vaccination or a negative COVID test will also not be required of patrons dining outside or picking up a to-go meal.

Facilities that offer ready-to-eat food as a secondary business line, such as supermarkets, are also exempted.

The move by King County and Seattle creates a sizeable corridor in the Pacific Northwest where proof of vaccinations is a pre-requirement for entering restaurants. Washington’s Clallam and Jefferson Counties adopted a mandate about two weeks ago. Employees don’t have to provide evidence of inoculation if they continuously wear a mask.

Proof of having received at least one vaccination shot has been a requirement for restaurants in the Canadian province of British Columbia, just north of Washington, since Sept. 13. Dine-in customers will need to prove they’re fully vaccinated as of Oct. 24.

Simultaneous with the activity in the Northern corner of the country, several areas of Hawaii have adopted vaccine requirements for dine-in restaurant patrons. The island of Oahu started asking for proof of inoculation starting Sept. 13, and Mau implemented its mandate on the 15th.

Oahu establishments can provide entry to patrons who can demonstrate they’ve tested negative for COVID-19 within the prior 72 hours, but Maui opted to forego that choice.

In addition to requiring vaccines, Oahu has lowered the capacity cap on restaurant dining rooms to 50% of available seating. Officials have said the requirement will likely last for at least 60 days.

All of the jurisdictions adopting mandates said they were pushed to act by the rapid spread of the delta variant of coronavirus. The strain spreads more rapidly than the versions that drove earlier spikes.

The spike in most areas of the country prompted the Biden administration to impose a vaccination mandate on the workforces of any company employing at least 100 people.  Employers will need to check that workers have either received the needed shots or tested negative within the prior week.

The particulars of the emergency order have yet to be revealed.