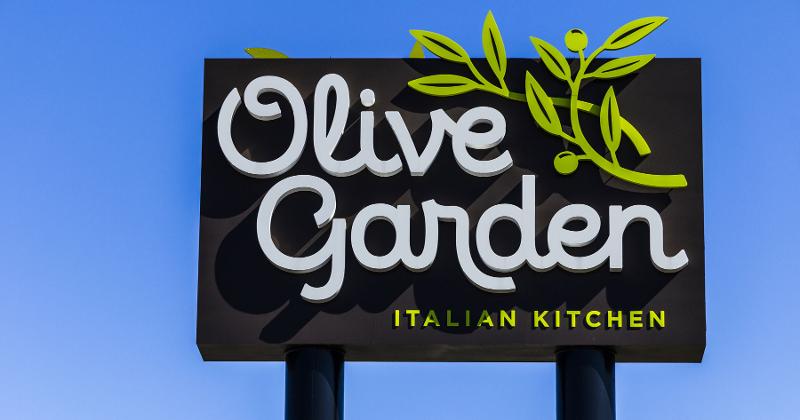 Takeout and delivery sales have continued to climb at Darden Restaurants’ Olive Garden and LongHorn Steakhouse chains, with weekly sales rising to nearly $53,000 and $29,000, respectively, for the seven days ended April 19.

Darden also revealed Monday afternoon that it has slowed its cash burn rate to $20 million per week, and that it has filed for a public offering of about $458 million in common stock--7.8 million shares at $58.50 each-- with the proceeds to be used for general corporate purposes.  Underwriters have the option of purchasing an additional 1.2 million shares at the offering price.

In roughly a month, weekly off-premise sales for Olive Garden have nearly tripled, from an annual run rate of $1.1 million to $2.8 million. The increase has tempered the decline in same-store sales for the Italian full-service chain to 44.8% for the week ended April 19.

Comparable weekly sales for LongHorn were down 59.2%, compared with a 66.3% decline for the prior week.

The two brands are Darden’s biggest by far, accounting for about 1,400 of the company’s 1,812 casual-dining restaurants. The dining rooms of virtually all the outlets have been closed, though they continue to offer takeout and delivery.

Olive Garden in particular had a strong off-premise business prior to the COVID-19 pandemic, but exclusively because of takeout and big-order delivery. The chain had refused to follow most of casual dining into delivery of single-entree meals, setting a minimum order of $75, and only if the order was placed by 5 p.m. the preceding day. It has since dropped that policy and developed its own ability to deliver smaller orders.

Darden’s fine-dining group, which includes The Capital Grille and Eddie V’s chains, did not fare as well as its lower-priced sister operations. Same-store sales for the high-end group were down 86.3%, or 10 percentage points worse than the decline for the prior week.

The company said it intends to sell $400 million in stock to help raise cash to make it through the shutdown.