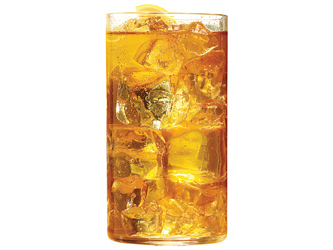 The beverage saw gains of 2 percent in 2008 and 2009, according to Tea and Ready to Drink Tea in the U.S., a study by market research firm Packaged Facts. Estimated tea sales through retail and foodservice channels reached $9 billion last year. Packaged Facts forecasts a 5 percent increase in 2010 and annual rises through 2014 to a projected $12 billion.

“Tea consumption is habit forming,” said a report from the U.N.’s Food and Agriculture Organization (FAO). Leaf prices reached record levels in 2009 because of crop damage and shortages due to severe weather in Asia and Africa, according to the FAO. Commodity price increases were often passed along to consumers, who paid more for loose, bagged and bottled teas. But that situation should ease this year.

Tea’s popularity is due to several factors. Chief among them is its “healthy halo” that seems brightened weekly by some new research study. The latest suggests tea may aid weight management, thanks to its hefty dose of epigallocatechin gallate (EGCG). A study at Penn State University found that EGCG and other compounds in tea may increase the body’s metabolism and reduce fat absorption.

Packaged Facts reports that there is also a greater emphasis on quality teas. A wealth of new products backs this up, including premium loose teas, better-quality tea bags and floral and fruit infusions. The Republic of Tea, for example, just introduced a line of five Hibiscus Superflower Teas made with African hibiscus flowers. Giving the products a boost is a study indicating that hibiscus tea lowers blood pressure.

Another factor fueling the growth of tea is involvement by beverage giants like Coca-Cola, PepsiCo and Nestle and a greater emphasis on foodservice. Coca-Cola just debuted two of its RTD iced teas–Gold Peak and Fuze–for in-house brewing. Fresh-brewed Gold Peak is made from hand-picked Ceylon black tea and Fuze boosts tea’s natural antioxidants with added vitamins. Both branded iced teas can be brewed with a logoed satellite machine from Bunn.

Loose leaf tea is showing up more often as restaurants give tea service more attention. To brew a good cup of hot tea, use a teaball or infuser to keep leaves out of the final product. Or steep tea in a French coffee press.

One cup at a time

We’re proud to be a growing company in these challenging economic times,” says Mika Ishida, spokesperson for Chicago-based Argo Tea Cafes. The first location opened in 2003 in Chicago; now there are 16 cafes there and in New York City. The company has built its base one customer and one cup at a time.

The cafes feature a varietal menu of 30 loose leaf teas, black, green, oolong, white and rare teas. The brewed teas appeal to people who may be watching their sugar and calorie intake, says Ishida. But the most popular items are Argo’s 16 signature tea drinks. Iced Pom Tea is made from pomegranate juice and red tea, the Red Velvet is red tea with raspberry and white chocolate and the Teappuccino is tea and frothy steamed milk. Prices average $3 to $4 for the signature drinks. Brewed teas are slightly less.

Seasonal changes are made to the specialty drinks menu every six to eight weeks, but many of Argo’s teas can be served either hot or iced. In summer, iced drinks are best sellers. Examples include Fruit Sangria, a hibiscus iced tea with freshly cut fruits on top, and Mate Latte, made with South American mate and almonds, blended with milk and frothed. Another customer favorite is the Mojitea, made with fresh lime juice, mint and pure cane sugar. “The Mojitea is a spinoff on the Mojito cocktail,” says Ishida.

The big news is that Argo is launching its own line of bottled teas featuring six of the signature drinks. One of those, notes Ishida, is the ChariTea, made from hibiscus petals, sweet cherry juice and vanilla. True to its name, 10 percent of net profits will be donated to Argo’s nonprofit partners.