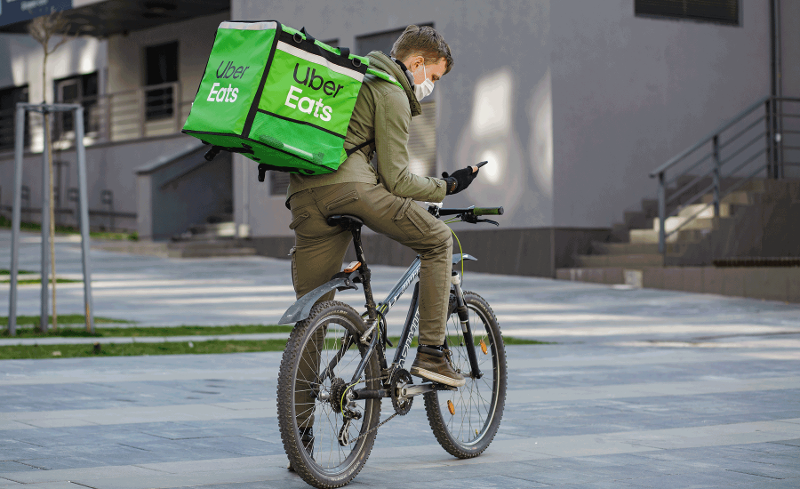 Third-party delivery companies in California will no longer be allowed to list a restaurant on their platforms without the restaurant’s consent.

The measure, known as the Fair Food Delivery Act, was signed into law Thursday by California Gov. Gavin Newsom. Starting Jan. 1, food delivery companies will need to get a restaurant’s OK before they can include it on their apps.

It has become common practice for delivery companies such as DoorDash and Grubhub to add non-partner restaurants to their listings. This has created frustration and confusion for restaurants who don’t know they’re listed and sometimes don’t even offer delivery or takeout themselves. Some restaurants choose not to partner with third-party delivery companies because they’d prefer to have full control over the delivery experience.

“This law is welcome and long overdue,” the California Restaurant Association said in a statement to Restaurant Business. “For years, third-party delivery apps have casually listed restaurant brands and menus on their platforms without asking permission from the small businesses who often experience a negative impact from the listing. It’s just unfortunate that a law needed to be passed to ensure that the apps will do one simple thing before listing a restaurant’s brand or menu—just ask for permission first.”

Permission must be in written form, but that can mean something as simple as an email, said the bill’s author, Assemblywoman Lorena Gonzalez, in an interview on KTLX-TV in Sacramento earlier this month.

“We were trying to make it as simple and clear as possible given the pandemic,” she said.

Grubhub welcomed the legislation, saying it will help “level the playing field” in California. In a letter to shareholders last October, the company said it believed adding non-partner restaurants was the “wrong long-term answer,” but was necessary to compete with other delivery companies that had been doing the same thing for years.

“We’ve long advocated that partnering with restaurants is the best way to create a positive experience for restaurants, diners and drivers,” Grubhub said in a statement regarding the new law. “Some companies built their businesses by listing non-partnered restaurants on their platforms and delivering food without an agreement so they could expand their restaurant supply, but this strategy fails to drive long-term value in the food delivery industry. We strongly support this effort in California to level the playing field, help restaurants better control where and how their food is delivered, bring lower fees to diners, and improve food delivery operations for everyone involved.”

DoorDash said it would comply with the law. “We’re proud of the role DoorDash plays in helping restaurants connect with new customers and generate additional revenue, particularly during these tough times. We intend to fully comply with this new rule once enacted and will continue to demonstrate the value of DoorDash and the variety of options we provide to support our merchant partners,” the company said in a statement.

DoorDash and Uber Eats/Postmates are the dominant delivery services in California, according to consumer analytics firm Second Measure. Uber Eats had not responded to a request for comment at publication time.

The law is the latest in recent steps to limit the power of third-party delivery services. About a dozen local governments across the country, including Los Angeles and New York City, have approved temporary caps on the fees that the companies charge to restaurants, and there have been calls in some places to make those rules permanent.

Earlier this week, three members of the U.S. House of Representatives called on the Federal Trade Commission to investigate third-party delivery companies for market consolidation and “potentially deceptive marketing actions,” including offering delivery services without a restaurants’ consent.

DoorDash opens new ghost kitchen where it does the cooking