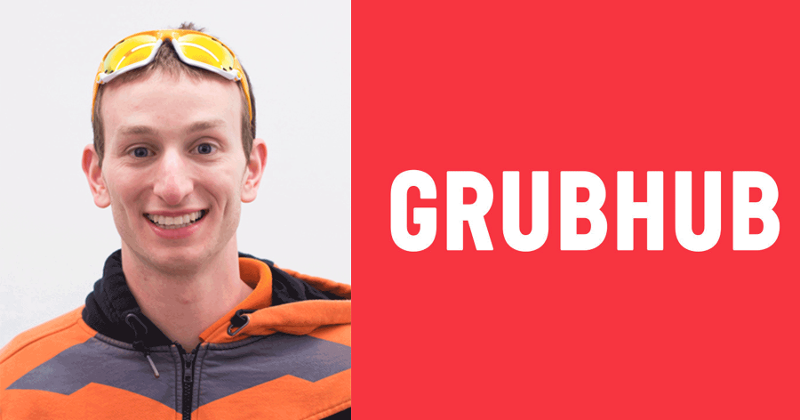 As business ramps up and it heads into an acquisition, Grubhub has promoted its former head of enterprise restaurants to the newly created position of chief revenue officer.

Seth Priebatsch, also the founder of mobile ordering platform LevelUp, which Grubhub acquired in 2018, will be charged with developing new tools and marketing efforts to help restaurants grow their business.

He assumed the new role about a month ago amid a heady time for Grubhub and the delivery industry. Business is soaring as customers have flocked to the service during the pandemic, helping the company grow revenue 53% year over year in the third quarter. But it and other third-party providers have also faced mounting backlash over high delivery commissions and questionable practices such as listing restaurants on their platforms without permission.

Going forward, Priebatsch said the company’s No. 1 focus is on helping its roughly 245,000 restaurant partners survive the pandemic, even if it means losing money.

“We made the decision really early on … to run the company at break-even through the entire pandemic experience, as long as that lasted, so that we could reinvest all of our would-be profits into driving revenue for our restaurants,” he said in an interview with Restaurant Business.

Grubhub posted a net loss of $45 million in the second quarter and $9.2 million in the third. “On a company at this scale, losing a couple million dollars is basically break-even,” he said of the Q3 results. “It’s a big shift—it’s hard to hit that zero mark perfectly.”

The reinvestments the company has made include things like a recent $2 million grant program as well as new products and services such as white-label websites and direct ordering links, Priebatsch said.

Coming out of the pandemic, he does expect customers’ appetite for delivery to moderate, but he believes the influx of so many new users will have permanently elevated demand. Even so, some restaurants are questioning the economics of the service. Large chains such as Chipotle Mexican Grill and Noodles & Co., for instance, said the extra cost hurt their margins in the third quarter.

“Delivery is just naturally a more expensive experience ... because there’s that real person, the driver, who actually has to do some work,” Priebatsch said. “That does add a real cost, and the question becomes, what is the right way to share that cost?”

“We think over time that balance will be some imperfect sharing between what the diner pays for delivery and what the restaurant ends up paying for delivery.”

Nonetheless, cities and counties across the U.S. have stepped in to limit what companies like Grubhub charge to restaurants. Restaurants’ response to the caps has been mostly positive; in Los Angeles, 73% of operators surveyed said they had been beneficial.

But Priebatsch said while the caps are well-intentioned, they end up hurting volume because Grubhub is forced to pass the costs to the customer.

“We’ve actually seen this happen to such a degree in many of our partner cities that restaurants have come to us and said, ‘Hey we want to go back to the old way,’” he said.

“Our take is obviously to comply [with the limits] … but simultaneously to sit down with our partners and the city councils and explain to them what the unintended impacts of these are so that we can find more nuanced ways to help restaurants through the pandemic over the next couple of quarters.”

The coming year will be a landmark one for Grubhub as it is expected to complete an acquisition by Amsterdam-based Just Eat Takeaway. Priebatsch could not provide many details on how the pending deal might affect U.S. business, but said the plan is to “continue running our Grubhub business as we always have.”

Two areas of focus in 2021 will be Grubhub+, the membership program Grubhub launched in February, as well as enhanced loyalty tools for restaurants, made possible via Priebatsch’s former company, LevelUp.

“Growth is always on the agenda,” he said. “Our belief is that our ecosystem provides the most value to restaurants and also to diners and drivers, so of course because we believe that, we want to be providing that on the biggest scale possible.”