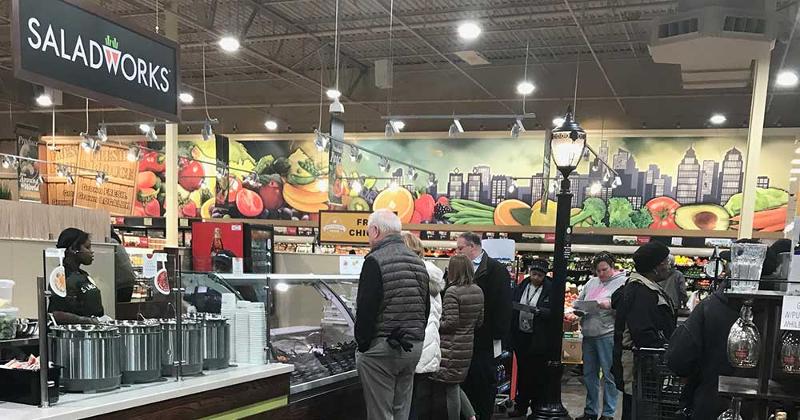 Fast-casual salad concept Saladworks is adding 90 locations in the form of ghost kitchens, a move that would nearly double its footprint across the U.S. and Canada by the end of 2021.

Saladworks struck a deal with Canada-based Ghost Kitchen Brands that will bring its concept into 60 nontraditional U.S. locations and 30 Canadian ones. Many of those will be inside Walmart stores, where Ghost Kitchen Brands already operates a number of multibrand ghost kitchens.

All of the new outposts will offer carryout and delivery via third parties, and the Walmart locations will have some seating as well, Saladworks said.

Conshohocken, Pa.-based Saladworks currently has about 130 North American locations. The chain, which as of 2019 was dealing with sales and unit count declines, has been in growth mode recently, opening 40 new locations in 2020—many of them through ghost kitchens.

“Ghost kitchens have already proven to be an economical and highly successful expansion tactic for us, and this new deal with Ghost Kitchen Brands will allow us to continue solidifying Saladworks as the leading fast-casual salad brand,” said Eric Lavinder, chief development officer for Saladworks parent company, Woworks, in a statement.

The recently created Woworks also owns Frutta Bowls and Garbanzo Mediterranean Fresh and was slated to complete the acquisiton of The Simple Greek later this week. Frutta and Garbanzo will also expand via Ghost Kitchen Brands in a smaller test, the company said.

Saladworks is not the only brand using ghost kitchens as a way to supercharge growth. Nathan's Famous in February opened its 100th virtual location, in part through an agreement with ghost kitchen provider Reef. And Wow Bao is growing aggressively as a virtual concept, with plans to add 1,000 such units by the end of 2021.