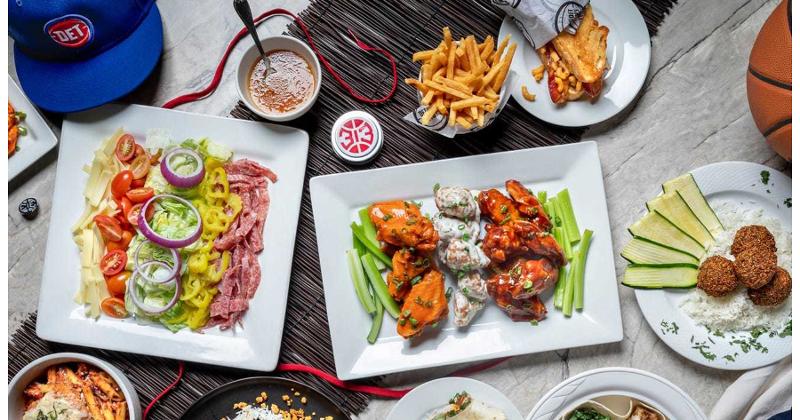 Ghost kitchens might be due for a rebrand. “Ghost pantries” would appear to be more appropriate for some recent entrants, or even just “ghost stores.”

That’s because a handful of new so-called ghost kitchens—originally conceived as delivery-only restaurant outposts—have more than just freshly prepared food on the menu, stretching the selection to include things like fruit baskets, energy drinks and sports merchandise.

Other recent entrants include Edible (formerly known as Edible Arrangements) and Walmart, which is working with a company called Ghost Kitchen Brands to offer both restaurant food and packaged goods for delivery and pickup from Walmart stores in Canada. A customer could feasibly order a Quiznos sub along with a Red Bull and a pint of Ben & Jerry’s from one of those locations. Walmart said the idea is to make its products more accessible.

“We’re very excited to be the first retailer to team up with Ghost Kitchens,” said Sam Hamam, senior director of licensees at Walmart Canada, in a statement. “We’re always looking at ways to improve our customer shopping experience with greater access to affordable products, services and brands.”

The developments not only reflect the broader shift to delivery amid the pandemic, but also delivery’s omnichannel evolution. Providers such as DoorDash and Uber Eats now service grocery stores, pharmacies and flower shops in addition to restaurants. It would seem to be only a matter of time before the wider retail segment taps into that network: Ghost kitchen provider C3, for instance, is working with online ordering provider Lunchbox on a platform that would allow guests to order both food and retail items from malls on a single delivery ticket.

In August, DoorDash launched its own chain of delivery-only hubs called DashMarts in eight cities, offering convenience and grocery goods along with restaurant retail items such as sauces from chef Stephanie Izard.

Like other examples mentioned above, these outlets are intended to help brands move into new areas or double down in existing ones, taking advantage of established delivery networks to make it work.

“If you think about the thesis behind DashMart, it's really bringing selection to where it has not existed before,” said DoorDash CEO Tony Xu on the company’s fourth quarter earnings call. “For merchants, it gives them the opportunity to bridge into certain geographies that they may want to be in but aren't currently in, in the depth or magnitude that they wish. For consumers, it's getting selection that they've never had before.”

DoorDash refers to its DashMarts with what feels like a fitting term for this new breed of ghost kitchens: micro-fulfillment centers.

Caribou Coffee trusts its operators and finds a new prototype