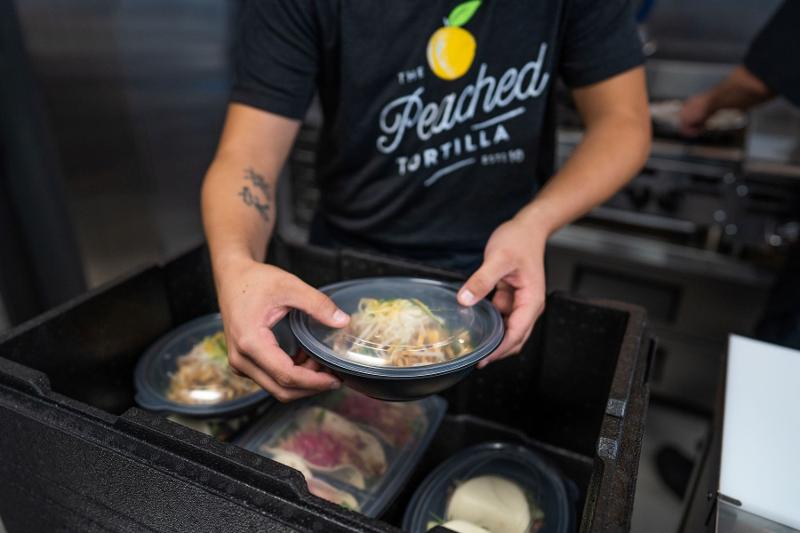 The round was led by venture capital firm StageDotO and also included investment firm and real estate developer Capital Eleven.

Crave said it will use the funds to build pre-opening teams for four new Crave Collective facilities slated to open next year. It has plans to grow across the country, with 10 additional locations in the works for 2022. Target markets are Salt Lake City and Provo, Utah;
Dallas-Fort Worth; Mesa and Chandler, Ariz.; and Denver.

The company’s unique model promises end-to-end service for restaurant partners, from a proprietary tech stack to a dedicated team of delivery drivers. Guests can order from multiple concepts via Crave’s app and have them delivered together.

Its Boise facility opened in November with seven chef-driven concepts and a total of 14 set to launch by the end of the year.

A handful of cities and counties approved caps on the fees third-party delivery providers charge restaurants this week, and at least one large city is considering doing the same.

Officials in Baltimore are considering a similar cap that would limit all fees—delivery and marketing—to 15%.

The caps, now in places in dozens of cities, counties and one state, are intended to help restaurants struggling during the pandemic.

In response to caps in Denver and Chicago, DoorDash raised delivery fees for consumers, by $2 and $1.50, respectively.

Delivery companies have warned that the fee caps would force them to pass the cost of delivery to consumers, and DoorDash is now doing just that. The test will be how much consumers are willing to bear price hikes on an already expensive service.

In a swipe at its fee-hiking competitors, Grubhub began offering its Grubhub+ subscription service for free through mid-March in New York and Chicago. Restaurant partners in those cities will also be automatically added to the service at no charge.

It’s an aggressive play to promote Grubhub+, which gives diners unlimited free delivery on orders over $12 from participating restaurants, along with other perks.

Diversis acquired ArrowStream from its founders in 2017 and helped grow its presence in the foodservice industry. Chicago-based ArrowStream now works with more than 250 restaurant chains, including Subway, Wendy’s and Shake Shack, along with 1,000 distributors and 8,000 suppliers.

One occupational hazard of delivery that often gets overlooked: It can be hard to find a place to use the restroom on the job. DoorDash this week made it easier for its drivers in New York to do that by working with 200 restaurants in the city to make their restrooms available to Dashers. The company also said it’s working with city officials to find other solutions to bathroom access.

It was part of several steps the company is taking to improve working conditions for drivers in the Big Apple, including emergency assistance, improved navigation options for bike couriers and free or discounted road safety equipment.