As restaurants struggle to find enough workers, food delivery companies are having hiring issues of their own.

Growing demand for delivery over the past year combined with renewed hiring in other sectors is putting pressure on companies such as Uber Eats to keep enough people driving.

“As more people are vaccinated, demand from customers has increased. We're working to bring more drivers and delivery people onto the road, and for anyone interested, now is a great chance to earn money flexibly on your own schedule,” said Meghan Casserly, Uber Eats’ head of communications, in an email.

Meanwhile, both DoorDash and Uber Eats are ramping up service to other segments such as grocery, convenience and pharmaceuticals, which could be another factor stretching networks thin.

A DoorDash spokeswoman said it had added 2 million drivers since September 2020, but did not comment on shortages. A Grubhub spokesperson declined to share specifics about the company’s driver levels, but said it is always keeping an eye on operations in each market to make sure it has the right number of drivers.

California Fish Grill, for instance, has noticed too many delivery orders stretching to the 40-minute mark, said Paul Potvin, CFO of the 40-unit chain. And Firehouse Subs has had delivery services temporarily stop accepting orders due to driver shortages in some areas, said Risa Rappaport, the chain’s director of off-premise operations.

An NYC city councilman floats a permanent delivery fee cap. Councilman Mark Gjonaj, who was instrumental in enacting the city’s temporary 20% cap on what delivery companies can charge restaurants, told the Wall Street Journal that he is looking at permanent legislation as online ordering becomes commonplace.

A member of Gjonaj's staff confirmed that he will "pursue permanent food delivery reform legislation this year," including a commission cap and a ban on charges for erroneous phone orders. He's aiming to have those laws in place before the pandemic-related measures expire.

While restaurants nationwide have mostly welcomed the caps, delivery companies say they force them to raise prices for consumers, ultimately hurting demand. That is already happening in some DoorDash markets where caps are in place, the company said last week.

DoorDash might launch a credit card.The Wall Street Journal reported last week that the company is weighing offers from more than 10 banks and financial technology firms to partner with. Grocery delivery service Instacart is working with JPMorgan Chase & Co. to issue its own card.

Branded cards are common in the retail and travel industries, but not so much for restaurants. In 2018, Starbucks became the first chain with its own card, a Visa that ties into its rewards program. A DoorDash card could do something similar, offering perks for users to build loyalty.

C3 will take a mom-and-pop national. The ghost kitchen provider is adding a small family-owned chain called Soom Soom to its stable of 15 restaurant concepts, helping it grow nationwide through its network of digital kitchens.

Soom Soom serves Israeli-Mediterranean cuisine and has six locations in Los Angeles. C3 will quickly take it national through its 250 ghost kitchens, where it will live alongside C3’s other brands such as Krispy Rice and Umami Burger.

C3 is working to grow aggressively with ghost kitchens in its own restaurants as well as hotels, apartment complexes, food halls and malls. 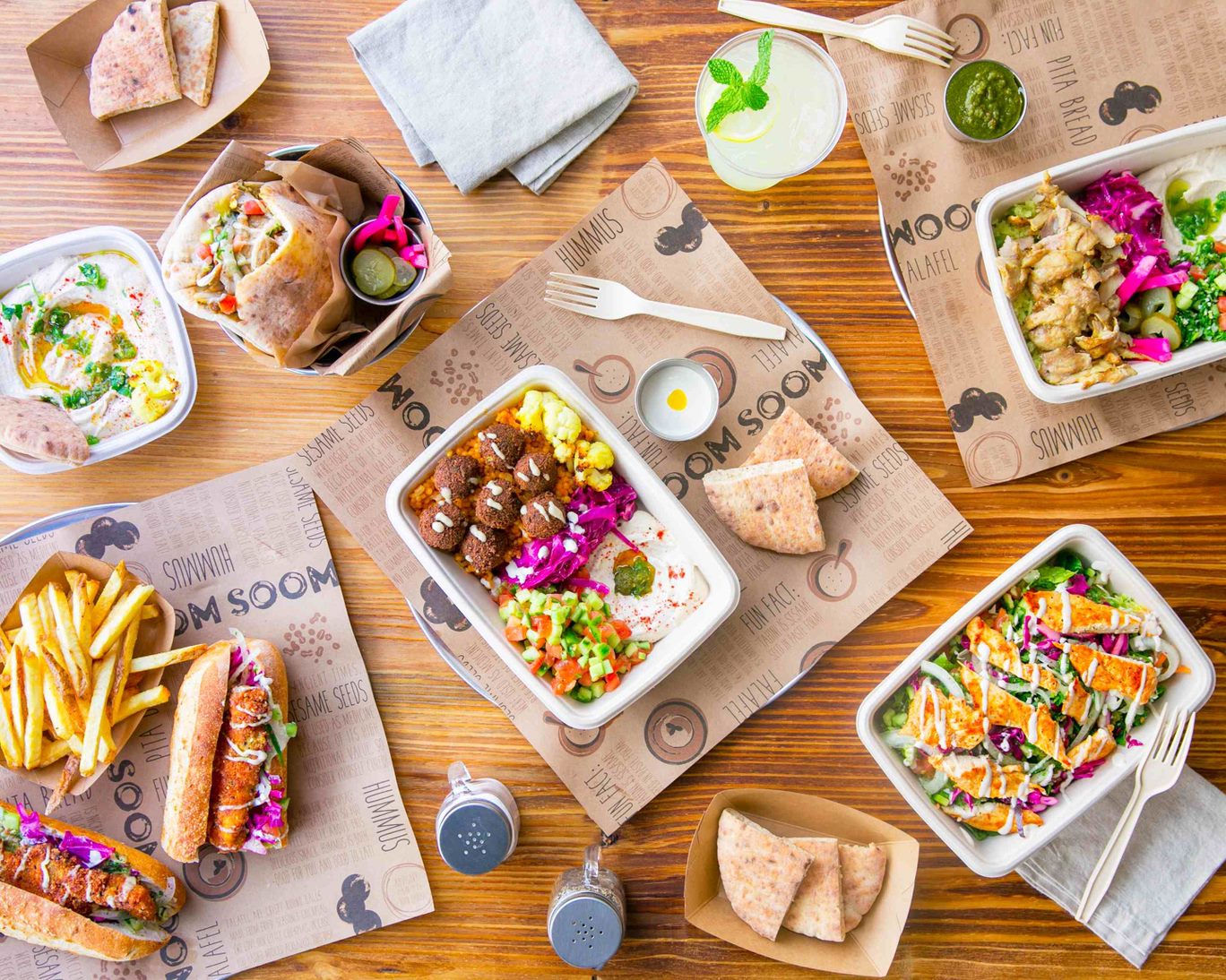 Par bought Punchh, with an assist from Ron Shaich.