In many ways, Indianapolis-based ClusterTruck is the prototypical ghost kitchen.

It has no dining room or storefront, and its food is available for delivery only.

But ClusterTruck is different in one important way. The company, which launched in 2016, has the distinction of being the only fully integrated ghost restaurant in the U.S.

That means everything from the technology to the menu, cooking and delivery is developed and executed in-house. ClusterTruck controls every step of the process, which makes it easier to achieve its goal of delivering food in no more than six minutes.

And the strategy seems to be working. COO Brian Howenstein said ClusterTruck is the busiest restaurant in the city, posting numbers that rival the average QSR.

“We’ll do 1,000 deliveries a day,” he said. “And those are deliveries, and not just individual orders.” 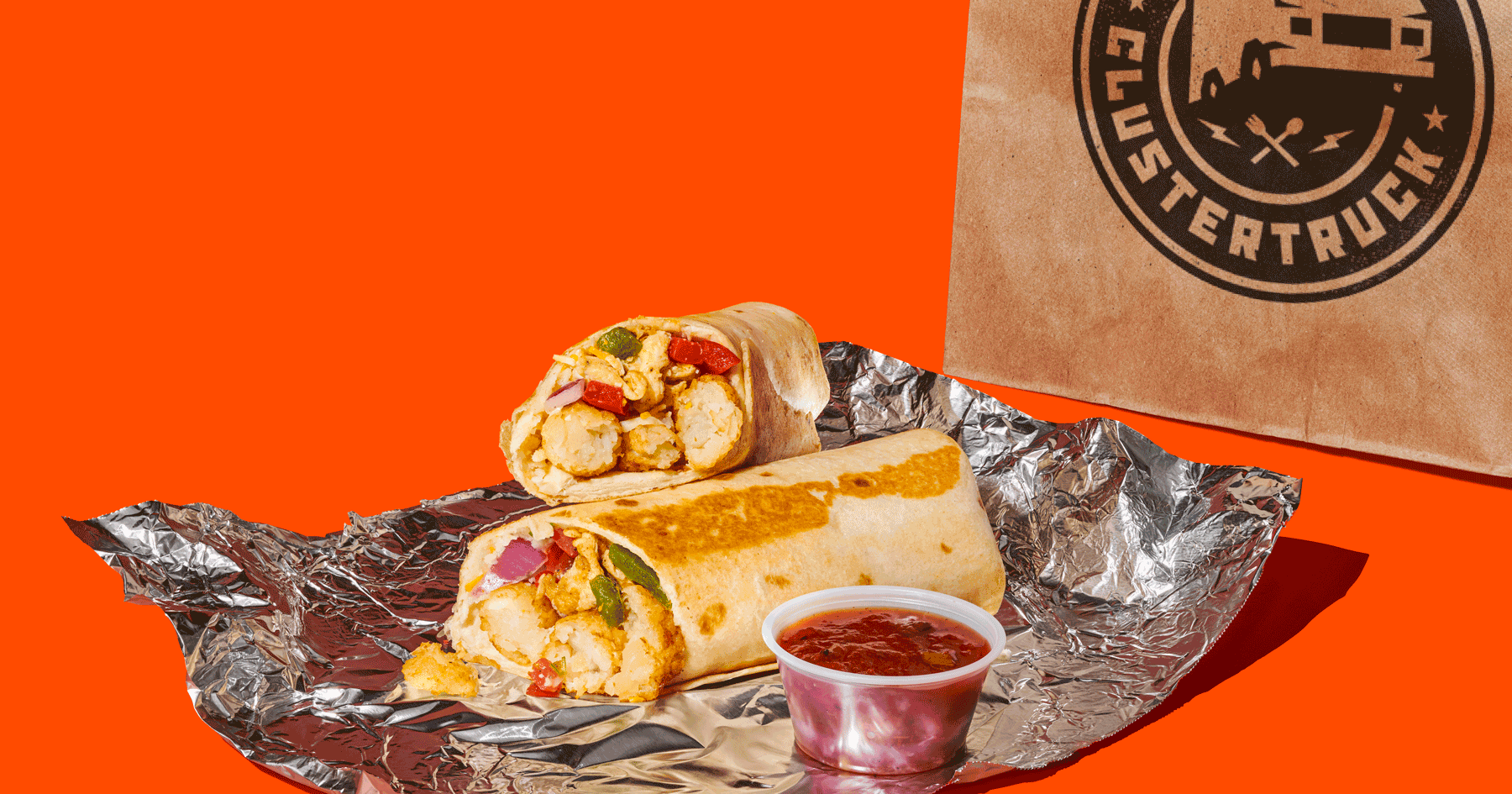 Vertical integration has been in the company’s DNA from the beginning, when founder and CEO Chris Baggott began questioning restaurants’ reliance on third-party delivery companies.

“There’s no way this can work long-term,” said Hownestein, describing Baggott’s realization. “The only way to make this possible is to own the whole process and go fully vertically integrated.”

“More companies [are going to] look to find ways that they can increase the level of control and quality and efficiency that they have.” —Mason Harrison, Reef

The term “ghost kitchen” encompasses a broad and ever-growing variety of operations. For most, the main selling point is real estate for restaurants that want to grow without investing in brick-and-mortar. Many offer additional services, such as online ordering, marketing and even operations support. But virtually all of them rely on a patchwork of in-house pieces and outside partners to make the whole thing work.

That said, the U.S. ghost kitchen industry is still less than a decade old, and far from its final form.

“If you look at drive-thrus as a model, by and large, they settled on one version,” said Meredith Sandland, former COO of Kitchen United and co-author of “Delivering the Digital Restaurant,” a book about how technology is changing restaurants. “I would expect that something similar would happen in ghost kitchens, where it would settle in on one or maybe two versions.”

One of those versions, she believes, is something resembling ClusterTruck. 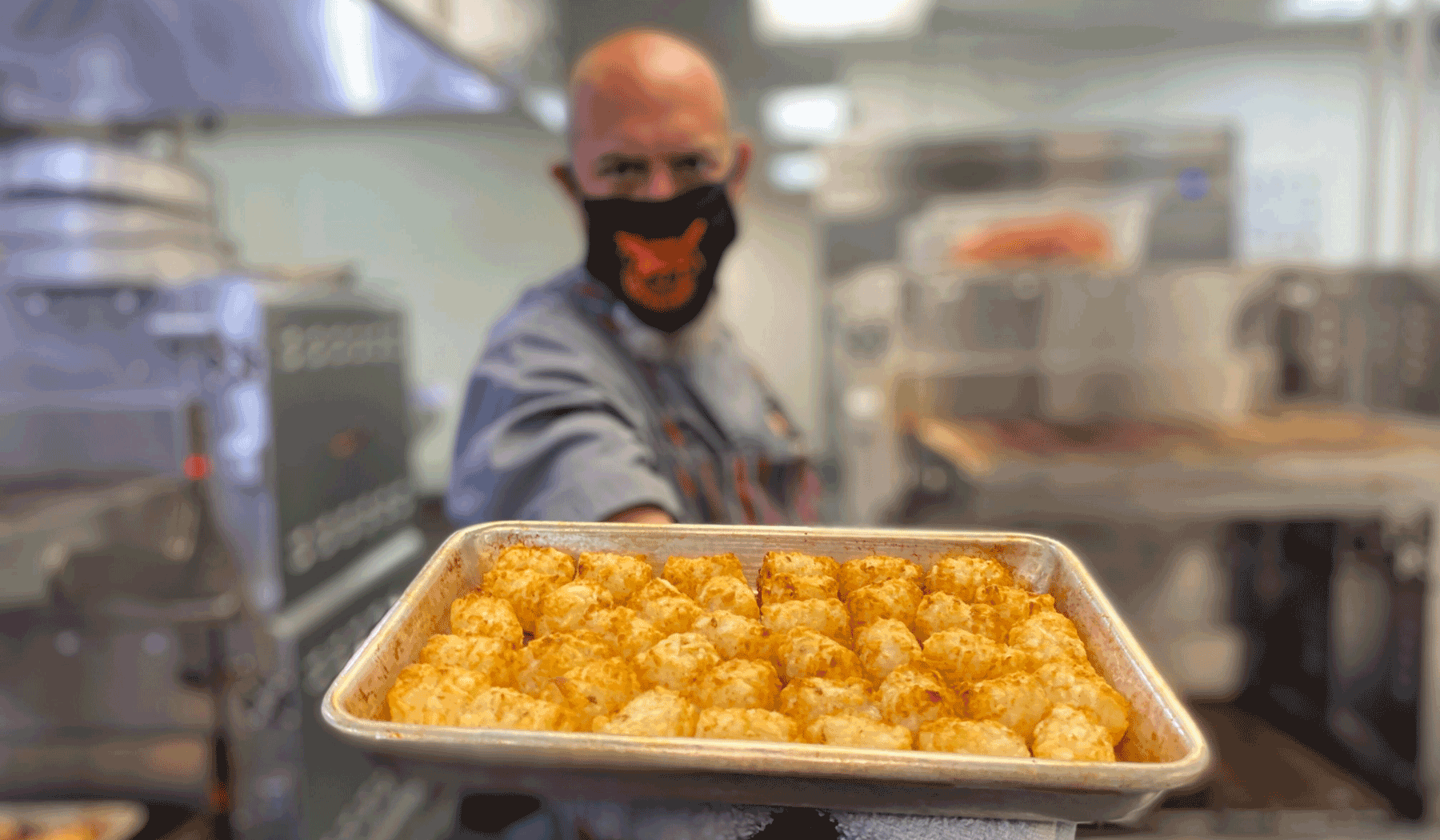 The more developed international ghost kitchen market offers some evidence to support that. There, large delivery companies like Zomato in India and Deliveroo in the U.K. are investing heavily in ghost kitchens—the latter has offered them since 2017. Vertically integrated ghost kitchens, such as Singapore’s Grain, are also more common.

In the U.S., several companies have tried and failed to run fully integrated, delivery-only restaurants. David Chang-backed Maple shut down in 2017, citing logistical challenges and inefficiencies; Chang’s own concept, Ando, suffered the same fate in 2018—and was absorbed by none other that Uber Eats. Early entrants like Sprig, Bento and SpoonRocket also bit the dust.

But as delivery and the technology supporting it has improved, some of the strategies in place overseas are starting to emerge in the U.S.

DoorDash, the country’s largest third-party delivery provider, in July opened its second ghost kitchen, inside a former California Pizza Kitchen in San Jose, Calif. The company is not only providing space for restaurants, but it is also taking on most of the work of running them. Partners, which include Canter’s Deli and Milk Bar, license their concepts to DoorDash, and the delivery giant handles the rest, from hiring to supply chain to cooking and delivery.

The only thing standing between DoorDash and complete vertical integration is the concepts themselves. But the company has said it has no plans to develop its own restaurant brands.

Not so for delivery company Gopuff, which earlier in July said it would start selling made-to-order meals alongside its usual lineup of consumer goods like laundry detergent and dog food. The menu includes pizza, chicken tenders, salads, coffee and more, all based on Gopuff’s own recipes and prepared in its own kitchens.

“You certainly see DoorDash and Gopuff experimenting with these things,” Sandland said. “You see them heading in that direction.”

“It’s really difficult. … We had to build a lot of software to do it.” —Brian Howenstein, ClusterTruck

And the move toward verticality is not only happening at delivery companies. C3, an offshoot of hospitality company SBE Entertainment, has its own virtual restaurant concepts and ordering app, and it is testing self-delivery. Miami-based ghost kitchen operator Reef Kitchens recently launched a direct ordering platform and has developed some of its own brands, such as Truffalo Wing Shop and Mamma Parmigiana—though it mainly works with existing restaurants like Wendy’s and Nathan’s Famous.

Mason Harrison, Reef’s head of communication, predicted that other companies are likely to evolve from strictly real-estate plays to more of a full-stack approach like Reef’s.

“It’s still a very young industry from the technology side of things,” he said. “More companies [are going to] look to find ways that they can increase the level of control and quality and efficiency that they have.”

One company that Sandland has her eye on is CloudKitchens, a ghost kitchen provider headed by Travis Kalanick, the co-founder of Uber. CloudKitchens has acquired dozens of properties across the U.S., at least some of which will be turned into multi-concept kitchen facilities.

“If I were a restaurant, I would most keenly be watching what CloudKitchens is doing,” Sandland said. ““[Kalanick] is about disrupting industries. That’s what he does. And I can’t imagine that [he] would come into a market to own real estate.”

CloudKitchens did not respond to multiple requests for comment for this story.

Howenstein also said he would not be surprised to see more companies start to move in ClusterTruck’s direction. But he warned that it won’t be easy.

“Whether they fully get here or not, I’m not sure,” he said. “It’s really difficult. We had to build a lot of software to do it.”

The company is currently not interested in licensing that software to other businesses, he said, nor is it looking to be acquired by a larger player.

“We’re still very much focused on doing our own thing right now,” he said.