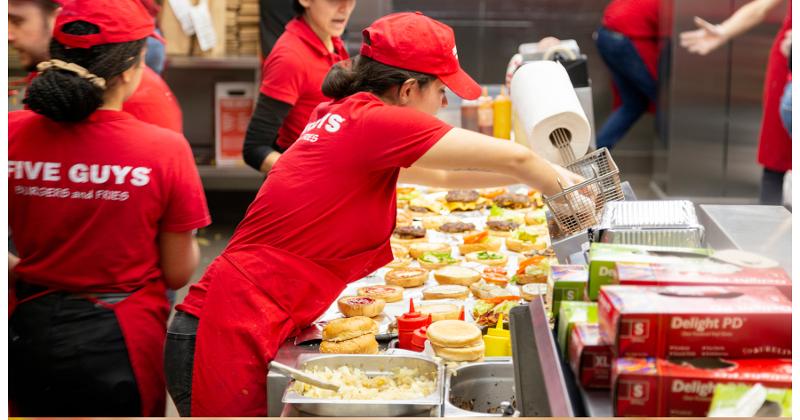 A first-of-its-kind law granting California fast-food workers a major role in setting the wage and hour standards imposed on the state’s quick-service restaurants has moved a step closer to becoming law.

The Fast Food Accountability and Standards Recovery Act, better known as the FAST Act, would also legislate that franchisors of fast-food restaurants are joint employers of their franchisees’ staffs, subject to the same sanctions and legal actions. That provision alone has roused the local restaurant industry to declare the measure a bombshell.

The heart of the bill is the call for the creation of a council with the power to set employment and operating standards for fast-food restaurants within the state, the nation’s largest foodservice market.

The state legislature would have a window of time to reject or alter the standards put forth by the council. Similarly, the state Occupational Health and Safety Administration (Cal/OSHA) has the authority to reject council decisions that conflict with the safety agency’s existing rules.

The composition of the council is particularly controversial. The 13-person group would include two representatives of fast-food restaurant workers and two union officials or other labor advocates.

Management would be represented by two people from the restaurant franchisor committee and two delegates from fast-food franchises.

Also included in the group would be representatives from several California regulatory agencies, including Cal/OSHA, the Division of Labor Standards and Enforcement and the Department of Industrial Relations. The former two would get one seat, and the Department of Industrial Relations, California’s equivalent of the National Labor Relations Board, would get two.

The state Secretary of Labor and Workforce Development would chair the council. That individual’s approval would also be needed for any standards promulgated by the panel.

Under the act, only five other affirmative votes would be necessary to change or set workplace requirements, including a minimum wage. Opponents note that four labor representatives are included in the group, virtually ensuring approval of pro-labor measures that could increase employers’ costs.

“It would impose increased employee costs and onerous new workplace rules at a time when many [counter service restaurants] are still struggling to get back on their feet,” Jot Condie, CEO of the California Restaurant Association (CRA), said in a statement imploring members of the Senate Judiciary Committee to vote against the bill.

The FAST Act allows any California municipality with at least 200,000 residents to set up a council like the state version to set fast-food labor standards in a local area.

The Judiciary Committee voted 7-1 to move the bill forward. It now goes the Appropriations Committee for an assessment of the costs. If that committee OKs the measure, it will likely move on to a full Senate vote.

"In California, we already have the strongest worker protection and workplace safety laws on the books of any state in the country," reads a statement from The Campaign to Stop AB 257, a business coalition that includes the CRA. "Instead of passing a measure that makes food affordability more out of reach for working Californians, legislators should instead focus on bolstering the state agencies responsible for upholding the state’s labor and wage laws."

The Act was approved by the California Assembly in a 41-21 vote at the end of January.

The model set by the FAST Act—reliance on an industry-specific council of stakeholders to set working conditions—is used in some areas of Europe, but is relatively unknown in the U.S.

However, labor advocates in Michigan have already raised the prospects of adopting a council for that state.

FAST Act at a glance