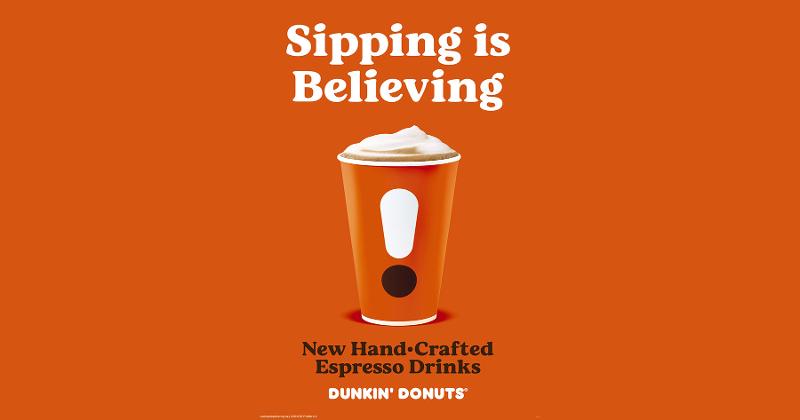 Dunkin’ Donuts is aiming to make Starbucks’ holidays a little less merry this year by tempting fans of the pricier chain with an upgraded espresso.

In what Dunkin’ describes as “one of the most significant product initiatives in the brand’s recent history,” the doughnut and drinks chain is installing new espresso brewers in all of its U.S. stores. The rollout is being accompanied by a chainwide retraining program on preparing the high-octane coffee according to a new recipe.

The result will be a higher-quality drink purposely crafted to appeal to espresso aficionados, “and in particular younger espresso drinkers,” Dunkin’ said. It describes the revamped coffee as stronger and more robust

The espresso will be used in a variety of the chain’s hot and cold beverages.

The changeover, which Dunkin’ expects to complete by the year-end holidays, is also a step in the brand’s previously announced plan to drop “Donuts” from its identity. Hot versions of the new drinks will be served in a cup imprinted with fall-like colors of orange and brown, with an exclamation point serving as the only marking.

Dunkin’ did not reveal the specific cost of the overhaul. But it told investors earlier this year that it intends to spend $100 million on its repositioning as an on-the-go beverage specialist. It revealed at the time that $65 million of the planned expenditure would be used to upgrade in-store equipment, but that figure extended to beer tap-like cold drink dispensers and label printers as well as the new espresso makers.

Dunkin’ noted that the revamp will also require investments by franchisees, but did not divulge how much.

The additional training would come out of the remaining $35 million, which would also be used to bolster the chain’s infrastructure and tech support operations, Dunkin’ said.

The new espresso was tested in the prototype that opened last year in Dunkin’s core Boston-area market. The franchisor has since announced that the design will become the model for the brand. Its signature features include the cold-drink tap dispensers, along with a grab-and-go section of snacks and packaged soft drinks and a drive-thru lane reserved for pickups of orders that were placed ahead of time and paid for via Dunkin’s app.

“Relaunching espresso in our restaurants nationwide has been a tremendous undertaking, from installation of the new espresso machines, to the creation of the new, bolder taste profile, to the extensive employee training,” Scott Murphy, COO of Dunkin’ U.S., said in a statement. “This is a transformative initiative.”

Although Dunkin’ has not cited Starbucks by name in describing its planned transformation, the chain has stressed that it intends to sell high-caliber drinks and food at bargain prices, an apparent dig at its larger and costlier rival.